Leonardo is seeing increased interest in its "drones-as-a-service" offering and rotary-wing UAV platforms. 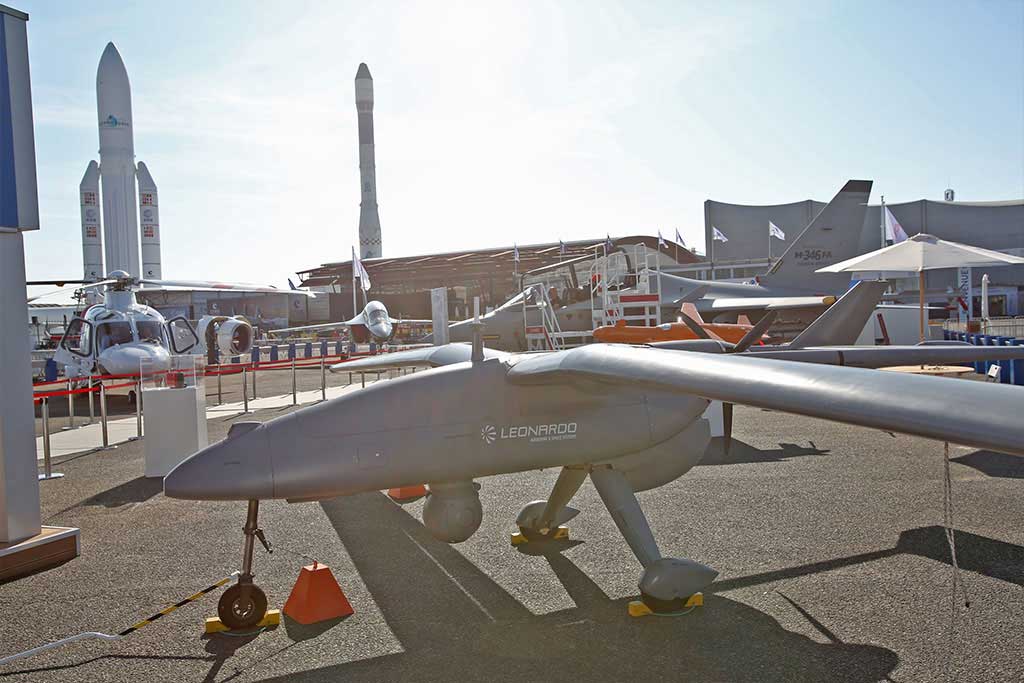 Leonardo’s Falco EVO Remotely-Piloted Air System (RPAS) has been selected by two customers in the Middle East and Gulf region. The company is also seeing increased interest in its “drones-as-a-service” offering, where the company owns and operates the aircraft and provides surveillance data to the customer.

At the Dubai Air Show 2017, Leonardo announced the first delivery of its Falco EVO  RPAS to its launch customer in the Middle East. The first of the newly-built aircraft was completed in August with the acceptance test carried out at Leonardo’s RPAS design and construction facility in Ronchi dei Legionary, Italy. It was delivered in September.

The Falco EVO, the longest-endurance model from Leonardo’s Falco RPAS family, is a surveillance and intelligence-gathering platform that can fly for more than 20 hours while carrying a payload of up to 100 kg. Existing Falco aircraft can be converted to the EVO model via the installation of a transformation kit which adds longer wings and tail booms.

More than 50 Falco family RPAS are currently in operation around the world, with some customers choosing to operate them independently while others, such as the United Nations for its humanitarian MONUSCO mission in the Democratic Republic of Congo, opt for Leonardo to own and operate the Falco aircraft and provide surveillance data as a managed service.

This latter model is a growth area for Leonardo, which is why the company recently partnered with certified air operator Heli Protection Europe (HPE) with a view to expanding the drones-as-a-service offering into the civilian domain. Here, Leonardo plans to offer surveillance and reconnaissance services on behalf of customers such as police and emergency responders.

In addition to the Falco family, Leonardo offers the “Solo” and “Hero” rotary-wing UAV platforms. As part of the systems’ ongoing development, the UK Ministry of Defence’s Defence Equipment and Support (DE&S) Technology Office recently placed a two-year, jointly funded research and development contract with Leonardo with a key aim being to identify, develop and exploit the opportunities offered by rotary-wing UAV technologies.