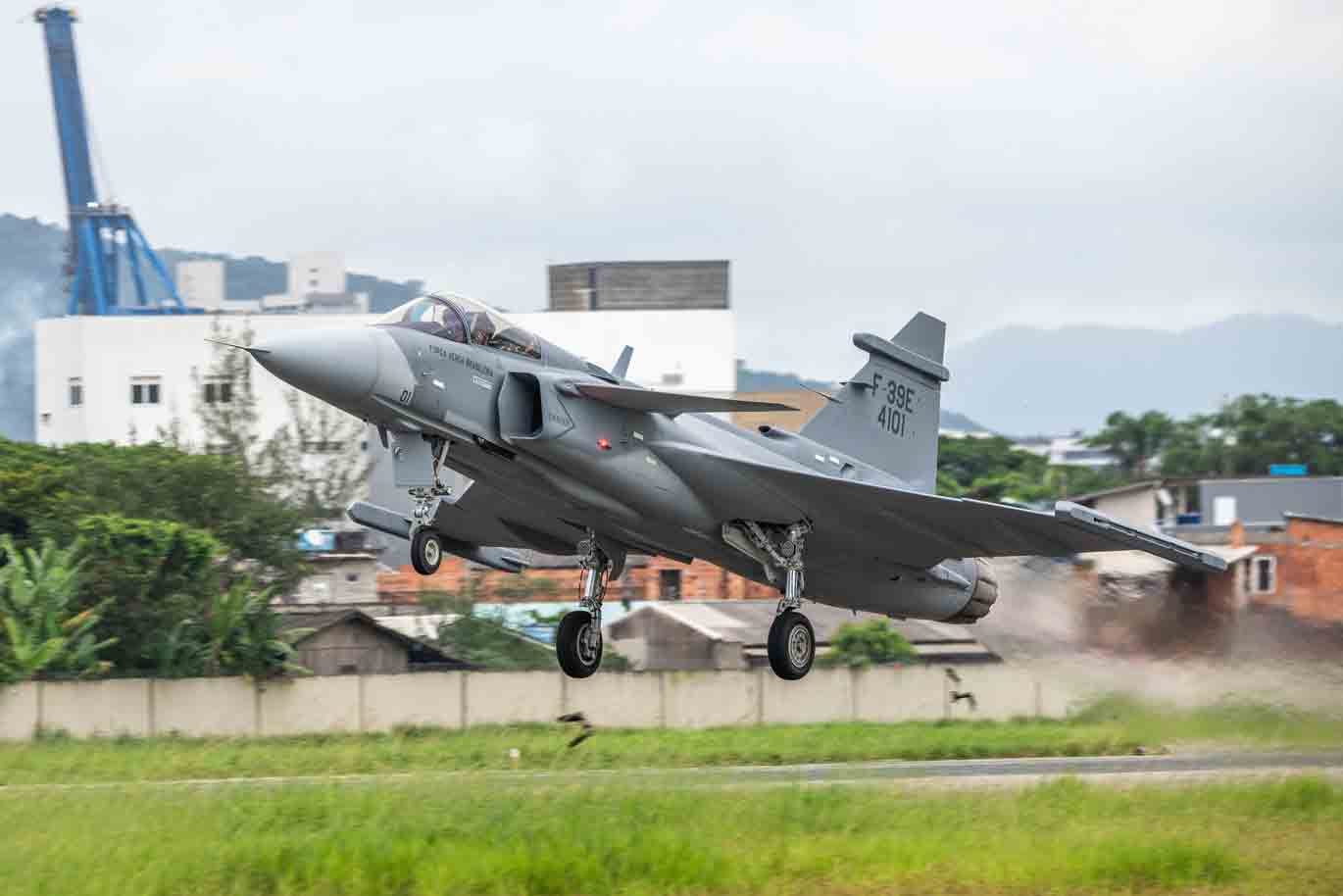 The aircraft arrived last Friday, April 1, at the port of Navegantes, and today completed their first flight in the country. The two aircraft flew from Navegantes International Airport to the Gripen Flight Test Center at the Embraer plant in Gavião Peixoto.

The flights were conducted by two Brazilian Air Force pilots, who participated in training in Sweden. The flight to Gavião Peixoto lasted approximately 50 minutes .

For the Commander of the Brazilian Air Force, General Carlos de Almeida Baptista Junior, the arrival of the first two operational aircraft represents a milestone for the defence of Brazil’s national airspace.

"The arrival of the aircraft is the result of a project that sought from the beginning to increase our deterrent capabilities, as well as having the objective to foster research and industrial development in Brazil,” he said. “We now have a state-of-the-art multi-mission aircraft that will be the main asset for guaranteeing the sovereignty of Brazilian airspace.”

The new fighters will remain at the Gripen Flight Test Center until the aircraft obtain the Military Type Certificate, thereafter they will be transferred to Anápolis for the final stages of the delivery phase.

“Brazil actively participates in the development, flight test campaign and production of fighter jets, as part of the broad technology transfer package to the Brazilian defence industry,” highlighted Jonas Hjelm, Senior Vice President and Head of Business Unit Aeronautics at Saab. “The arrival of the two serial production aircraft is a result of this great collaboration.”

The two fighter jets are part of the 36 Gripen aircraft acquired by the Brazilian Air Force in 2014.