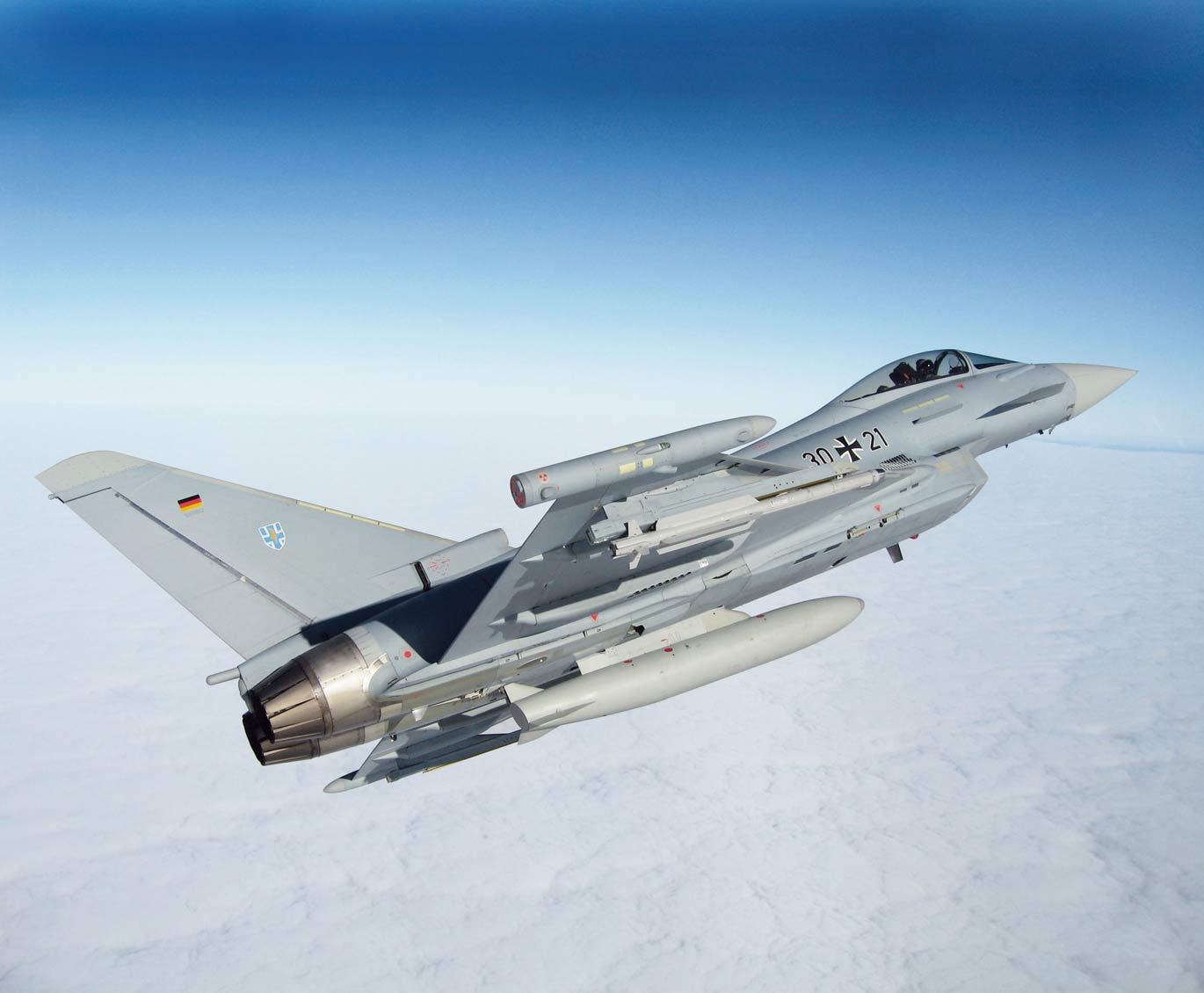 The Praetorian DASS protects the aircraft against threats including infrared (IR or heat-seeking) and radar-guided missiles and has been battle-tested on peace-keeping operations in Libya and Syria.

The defensive aids system will be fitted by the EuroDASS consortium, which comprises Leonardo, Elettronica, Indra and Hensoldt.

The Eurofighter Typhoon will be the backbone of the Luftwaffe out to the 2060s.

Critically, Praetorian is an open and programmable electronic warfare system, which means that Germany is in complete control of its mission data and can boost the survivability of its Typhoons by fine-tuning the system to the actual situation on the battlefield.

Mission data can be fed into the Praetorian system in just hours. In comparison, some other aircraft are equipped with defensive aids systems that include a generic mission data set, with a feedback loop that can take several months.

Further opportunities for Typhoon and Praetorian include additional orders from Spain and Germany as well as future export orders.

Through the Eurofighter Long Term Evolution (LTE) study, EuroDASS are working with Eurofighter partner companies and nations to consider national requirements and how they can be delivered in an agile, cost effective manner, to provide longevity to the Typhoon’s out of service date, whilst remaining supportive to future air combat development work.