Leonardo to unveil latest addition to the Falco tactical drone family at the Paris Air Show. 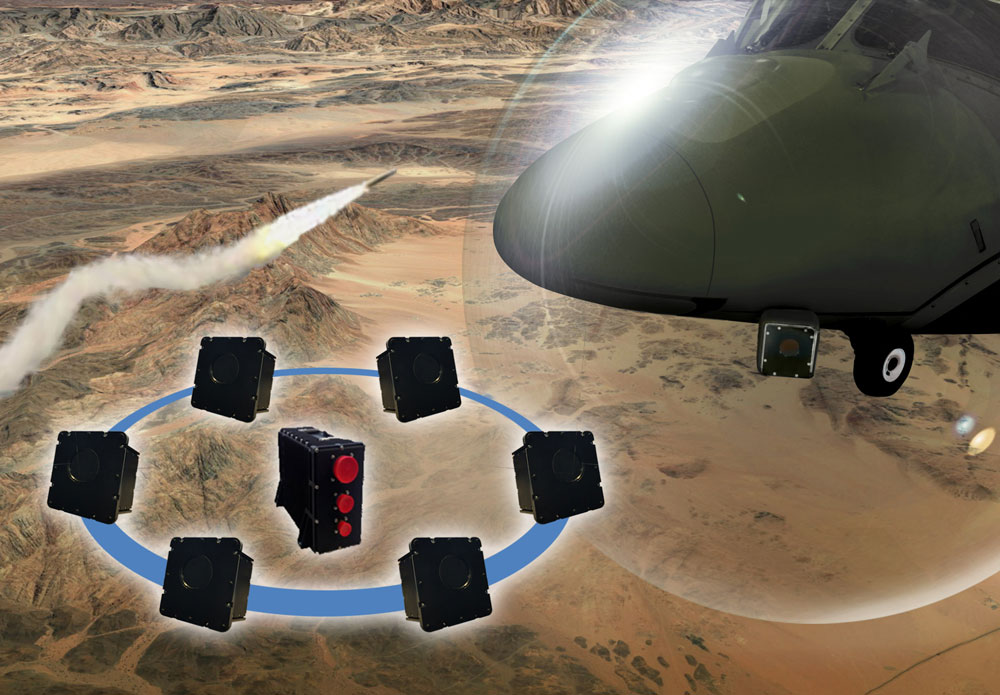 Leonardo will unveil a new unmanned platform at the Paris Air Show (17-23 June), as well as its latest technologies in the training and missile warning domains.

On show will be the latest entry to Leonardo's Falco tactical drone family. Paris will also be the first opportunity for guests to see the AWHERO unmanned rotorcraft in its pre-production configuration with the Leonardo Gabbiano Ultra-Light radar installed on-board. Leonardo is investing heavily in unmanned capabilities and its new AWHERO production line in Pisa is just one example.

The new AWHERO will be used for maritime surveillance capability demonstrations on ships in the framework of the OCEAN 2020 initiatives contracted to Leonardo which will lead a team of 42 prime European aerospace companies. OCEAN 2020 is a European Defence Fund strategic research programme for naval surveillance technology and maritime safety. AWHERO is also being thoroughly assessed by various potential customers worldwide.

The series-production versions of the new M-345 trainer will also appear for the first time at the show. Other exhibits will include new, world-class airborne electronics, the M-346 Fighter Attack aircraft with its tailored sensors and payloads, the AW139 helicopter in its Italian National Fire Corps configuration and Leonardo’s space capabilities, including the second-generation COSMO-SkyMed satellite.

A brand-new Multiple Aperture Infra-Red (MAIR) missile warning system, which offers enhanced situational awareness and survivability for aircraft crews, will also be launched at the air show in Paris. MAIR uses multiple distributed cameras for complete spherical coverage around an aircraft, providing a high probability of detection and early warning of incoming missiles with a very low false alarm rate, even in heavily cluttered airspace.

The design of MAIR draws on Leonardo’s years of experience in providing infrared search and track (IRST) technology for fighter aircraft such as the Gripen E (which carries Leonardo’s Skyward-G IRST) and the Eurofighter Typhoon (which is equipped with the operationally-proven PIRATE IRST). As well as missile warning, MAIR provides Hostile Fire Indication (HFI), spherical day and night imaging and full IRST functionality.

New, intelligent and autonomous modes of transport are also at the core of Leonardo’s drive for innovation and new capabilities, which is reflected in the company’s ongoing work in air traffic control, AI, big data, platforms and other systems that will enable the future aerospace ecosystem.

In the training environment, Leonardo is seeing the results of its strategic focus on the sector, with the company now able to offer access to five training academies, the International Flight Training School (IFTS) in partnership with the Italian Air Force and a unique range of training aircraft and helicopters.

More than 10,000 helicopter pilots and operators were trained at its schools in 2018 and the deployment of three additional M-346 aircraft to the IFTS is another milestone for the institution, which is well-regarded by fighter pilots worldwide and hosts a fleet of 21 aircraft in total. The new M-345 also makes its debut at the show, pitched to replace the current fleet of basic trainers in-service around the world and offering higher performance than heavy turboprop trainers at an affordable cost. The Italian Air Force have ordered 18 M-345s.

Among the areas in which Leonardo continues to invest is its combat aircraft portfolio, which includes proprietary products iss the M-346 FA (Fighter Attack) equipped with the  Grifo-346 radar. The M-346 FA is an extremely effective and low-cost tactical solution.