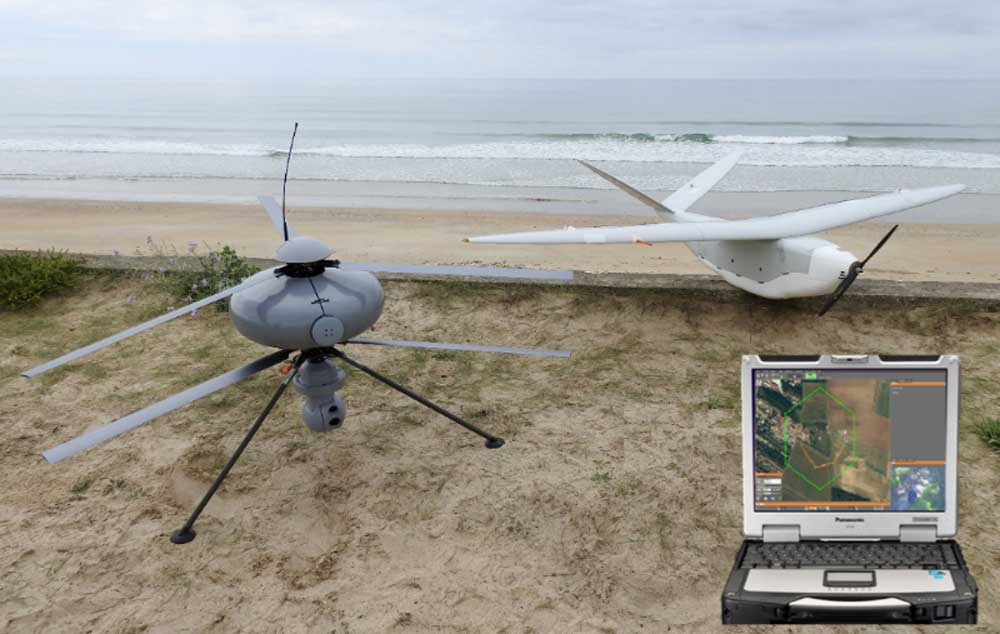 Unveiled at Milipol 2017 in Paris this week, the ground control station (GCS), can operate ECA Group’s IT80 mini vertical take-off-and-landing unmanned aerial vehicle (UAV) and Delair’s family of fixed-wing mini UAVs, which can be used together on missions; one as a surveillance tool and the other can “intervene” if a threat is detected. The GCS runs on what ECA Group describes as a “ruggedised laptop.”

"Thanks to the new GCS, collaborative drone missions are gaining considerably in performance,” says Francis Duruflé, sales manager for aerial drones at France’s ECA Group. “This type of mission now becomes easier to manage via a single interface and by a single operator. With the new ground station the intervention forces gain especially in precision of information and intervention reactivity.”

Charles-Etienne Gariel, sales director at Delair, says the multi-platform GCS will also allow users to optimise the training of their UAV pilot crews as well as the ability for the same pilot to switch from one drone to another in a more intuitive way. It also cuts down on the amount of material or systems that need to be transported as only GCS is needed to fly both UAV systems.