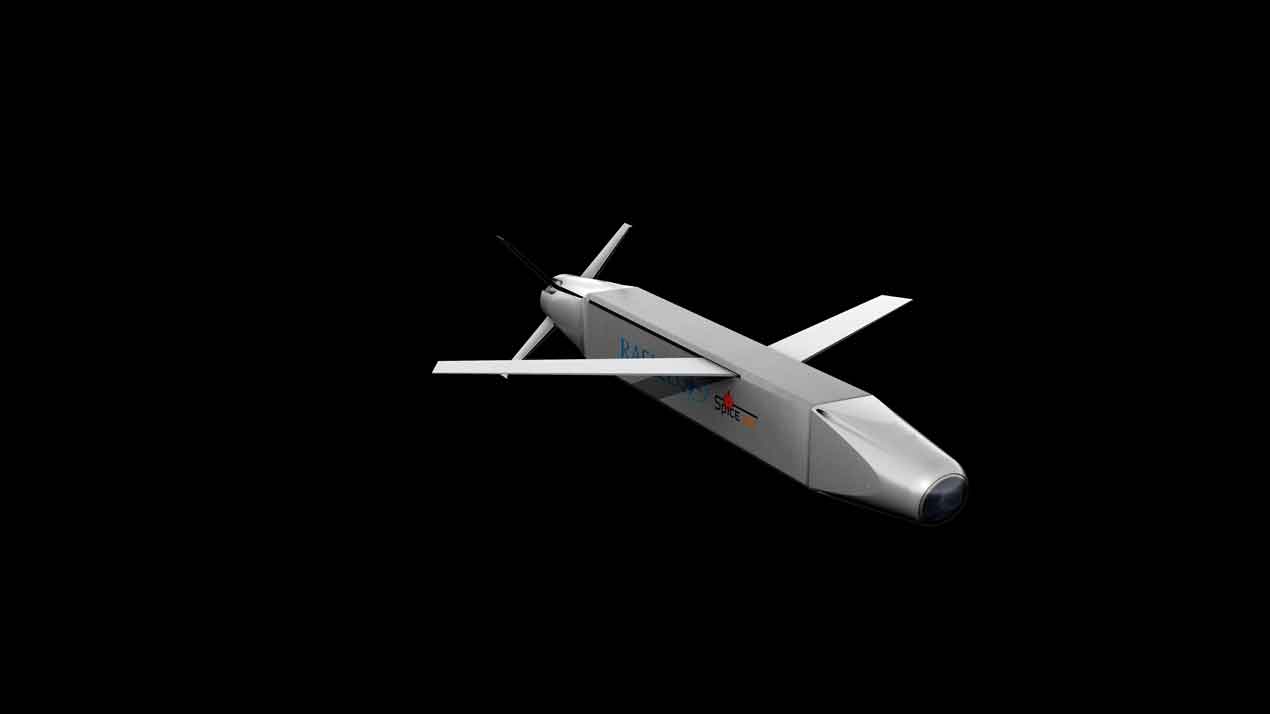 The deployment of Russia's long-range S-300 surface-to air-missile in Syria has forced the Israeli Air Force (IAF) to adapt its tactics. While operating massive electronic warfare (EW) systems in the region, the IAF will also perform stand-off attacks when needed.

One of the main weapon systems that enables such attacks is Rafael's Spice 250 gliding bomb, which has a stand-off range of 100 km. Unlike the previous members of the Spice family, which came in kit form attached to 1,000 and 2,000 pound bombs, this time the Israeli company is supplying a complete system.The Rafael Spice 250 can be loaded with 100 optional targets in a given area.

The bomb's deployable wings allow an aircraft to carry more bombs. The weapon is navigated by a GPS/INS Satellite/Inertial Navigation system.

The INS is used both as measurement unit and as a sensor device for weapon angular position and motion. The GPS receiver serves as a backup for the INS and reduces drift by including GPS inputs in navigation calculations.

But the main sensor of the Spice is the CCD/IIR dual seeker that provides pinpoint accuracy and positive target identification, and according to Rafael, overcomes target location error and GPS jamming.

According to Rafael, the Spice 250 achieves an extended stand-off range of up to 100 km using its deployable wings. Spice 250 enables impact point update after release, using its communication module. In addition, it provides a Battle Damage Indication (BDI) capability, by transmitting the target image just before the hit.

The company says that its stand-off range of 100 km and data link, SPICE 250 is capable of hitting stationary and moving targets on land and at sea. The gliding bomb uses the data link for in-flight updates of target position, BDI and for mission-abort.

The Israeli company says that these capabilities, along with airborne mission planning, provide a comprehensive solution for time-sensitive, land-moving and maritime targets. The Spice 250 is released outside the threatened area and performs mid-course navigation autonomously using its INS/GPS.

While approaching the target, the Spice 250's scene-matching algorithm compares the electro-optical image received in real time via the weapon seeker with mission reference data stored in the weapon's computer memory.

To load the Spice 250 on an F-16, a special Rafael Smart-Quad-Rack (is attached to the aircraft's pylons. Each rack is loaded with fou Spice 250s. An F-15 can carry 28 bombs of this type.