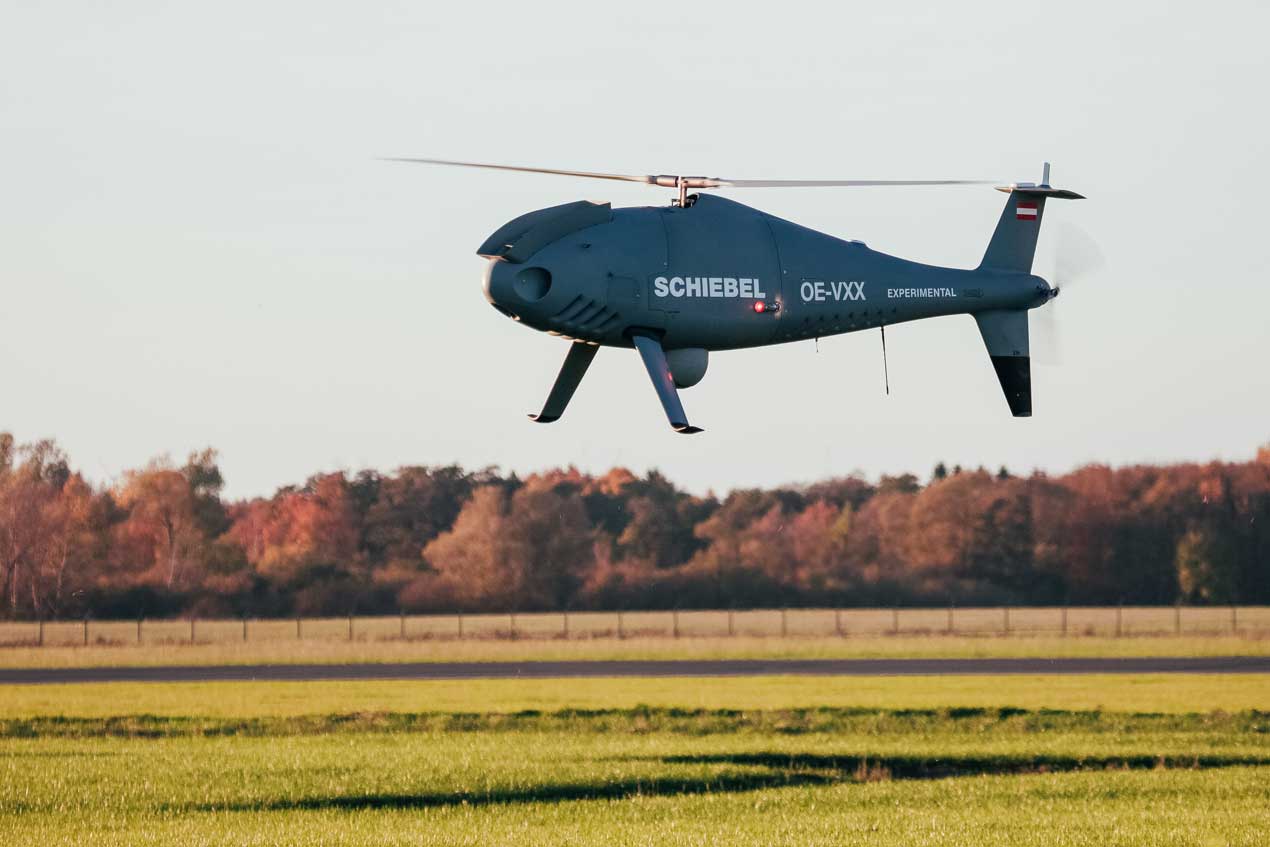 Schiebel’s CAMCOPTER S-100 rotary-wing Unmanned Air System (UAS) has been selected by MDA, a Maxar Technologies company, to fulfill a contract with an unnamed  international customer.

The CAMCOPTER S-100 was chosen by MDA for its track record of providing critical support in sea- and land-based intelligence, surveillance and reconnaissance (ISR) missions. As a vertical take-off and landing (VTOL) aircraft, the S-100 has a relatively small logistical footprint, which allows for flexible and rapid deployment.

By day and night, the UAS functions as a platform capable of carrying a wide range of high-end payloads. With its successful history of conducting surveillance in challenging, complex and hostile environments, MDA offers a turnkey service to an unnamed international customer.

The service will include responsibility for the acquisition of the fleet and its required infrastructure, training, airworthiness, logistics, supply chain management, maintenance and all flight operations.

The CAMCOPTER can carry a 75 lbs/34 kg payload for up to 10 hours and is powered with AVGas or JP-5 heavy fuel.

Schiebel’s CAMCOPTER S-100 was used by the Italian Navy as part of its Mare Nostrum mission in the Mediterranean to rescue migrants in distress. The French Navy has used the rotary-wing UAV to help monitor illegal fishing activities and it was also used in EU Naval Forces’ Operation Atalanta against piracy in the Horn of Africa. The S-100 will be used by the Royal Australian Navy for littoral maritime surveillance.

The Camcopter's capabilities have been demonstrated to navies and coast guards in Canada, South Africa, Brazil, Spain and Germany.