Using AI, Spain's Eurofighter will be able to self-diagnose the status of around 20 critical avionics systems. 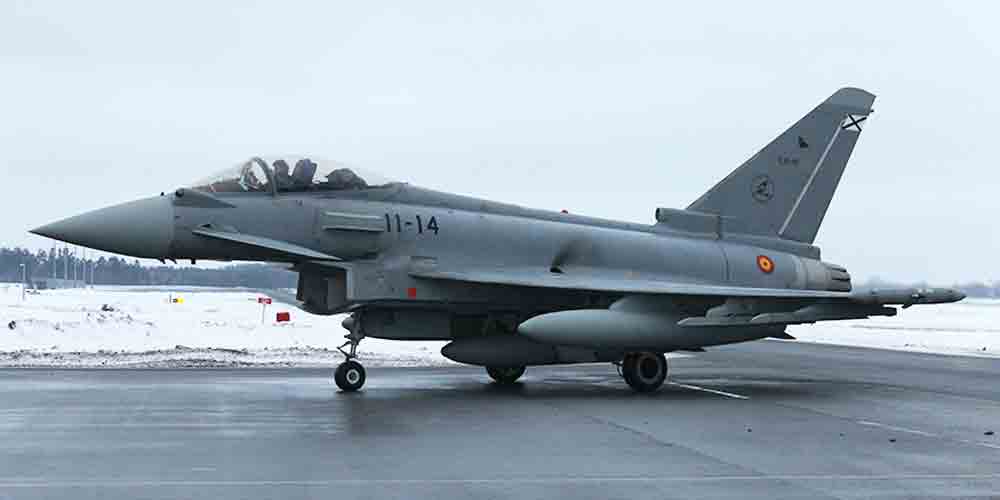 Indra will develop a solution for the Spanish Air Force that will detect failures in critical Eurofighter avionics systems before they occur using artificial intelligence and increase fleet availability.

The technology and consulting company was awarded the R&D contract “MP C16: Use of a System based in Artificial Intelligence (AI) Techniques for the Predictive Maintenance of the avionic systems of the C.16 Eurofighter,” which is funded by the Spanish Directorate-General for Armament and Material.

Indra will develop a new artificial intelligence system that will provide the Eurofighter with the ability to self-diagnose the status of around 20 critical avionics systems, thus enhancing flight safety and superiority of one of the most advanced fighter aircraft on the planet.

Developing this solution in the framework of the Connected, Sustainable, and Intelligent Air Base project (BACSI) of the Spanish Air Force to improve the maintenance of the Eurofighter opens up a new avenue for preparing this advanced fighter for the use of cutting-edge technology, such as AI. It also does so in the context of Sustainment 4.0, an area that is serving as a testing ground for many of digital technologies (AI, hyper-connectivity, cloud computing, next-generation sensors and virtual and mixed reality) before they are put into service in critical systems in the field.

The solution will allow early detection of the possible failure in different critical systems and will check that the aircraft is in perfect condition before each takeoff. Indra said this intelligent maintenance system not only improves safety, but is also cost-saving, extends each platform’s service life and ensures maximum fleet availability.

Indra's system will analyze the huge volumes of data collected by the Eurofighter's systems and process it to look for any anomalous behavior. It will also record the exact environmental conditions in which it was produced in order to classify the data and train the system, thus progressively increasing its accuracy. Indra will also study the possibility of installing additional sensors on the aircraft to enhance the system's capabilities.

This project is aligned with the plans of the Spanish Armed Forces and Air Force to advance their digital transformation and prepare to face new threats. The development of this system is possible thanks to Indra's cooperation with personnel from the Ministry of Defence and its bases as well as the data collected over the years by the Spanish Air Force and company personnel.

Deployment of this AI solution will represent a new, previously unexplored milestone in aircraft maintenance in Spain. It also represents an advance in the application of the Sustainment 4.0 concept that Indra is working on, which proposes the introduction of the most cutting-edge technologies to comprehensively manage the maintenance and logistics of armies with an extremely precise degree of control. Their incorporation will allow for much more agile armed forces, with greater deployment capacity and effectiveness against the most technologically advanced adversaries.

Indra's Artificial Intelligence system will also contribute to the development of the Sustainable and Intelligent Connected Air Base, BACSI, which the Air Force is promoting. A model that is committed to more operative, efficient and sustainable bases thanks to the technological and digital revolution.