Intervention by US president Donald Trump has forced Lockheed Martin to back down on the price for the next 90 F-35 Aircraft, constituting savings of $728 million in the controversial programme, which has been plagued by delays and other setbacks.

During last year’s election campaign, Trump used Twitter to criticise the “tremendous cost and cost overruns” of the Lockheed Martin F-35 programme, saying that he had asked the contractor, Lockheed Martin, to “price out a comparable F-18 Super Hornet.”

Just after Trump's  presidential inauguration on the 20 January, US Defense Secretary James Mattis asked the Deputy Secretary of Defense, Robert Work, to oversee a review of the F-35 project to find ways to significantly reduce the cost of the jets. 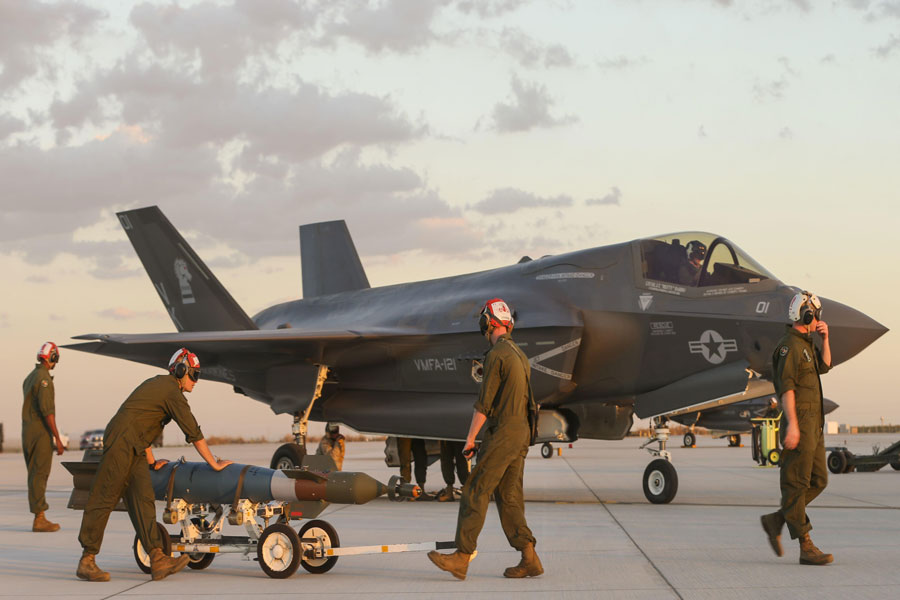 But in a statement recently published on its website, Lockheed Martin stated that it had reached an agreement with the US Department of Defense, which represented a nearly 8% reduction in price for the F-35 over its last contract for the air vehicle delivered by Lockheed Martin and its industry partners.

In the statement, Lockheed Martin attributes the acceleration in the negotiations with the Department of Defense to President Trump's personal involvement.

"President Trump’s personal involvement in the F-35 program accelerated the negotiations and sharpened our focus on driving down the price. The agreement was reached in a matter of weeks and represents significant savings over previous contracts. This is a good deal for the American taxpayer, our country, our company and our suppliers."

Lockheed Martin said the agreement would create 1,800 new jobs at its Fort Worth, Texas, factory and support thousands more jobs in its US supply chain.

The direct involvement of a US president in defence contract negotiations is unprecedented. But given that Trump thinks of himself as the so-called  master of the deal, it is perhaps not surprising.  What is surprising is the speed with which it  took  Lockheed Martin to reach an agreement with the Department of Defense.

Lockheed Martin was perhaps keen to reach an agreement sooner or later to avoid protracted negotiations with the Department and to ensure continued government support for the F-35 Joint Strike Fighter programme, which has suffered a number of setbacks, including costly delays and a fire on board one of the three variants of the aircraft.

More than 200 F-35s have already been delivered to the US Air Force and Marine Corps. Initial operating capability has been declared for the F-35A and F-35B variants of the aircraft. However, the F-35C carrier-based CTOL variant for the US Navy and Marine Corps is the more expensive and most problematic of the three variants.

The F-35C, considered to be the most costly and problematic of the three variants, being tested aboard USS Dwight D. Eisenhower (Video by US Navy)

Trump and the Middle East