An aerial map of a potentially hazardous area

BMT has secured funding to build a prototype Unmanned Aerial System (UAS), which will allow a team of responders to remotely assess a scene for potentially hazardous materials and predict the likely impact.

The system will be able to autonomously gather up-to-date information of the terrain, structures, weather and hazardous gases and then present the user with a 2D and 3D map of the area of interest in a matter of minutes in a familiar form.

Antony Waldock, principal system analyst at BMT explains: “Responders to potentially hazardous scenes are required to take the necessary precautions before entering the scene. The ability to use an autonomous vehicle to scan the area during deployment would reduce the time taken to respond to the threat.”

Phase two of the project combines the output from two previous R&D initiatives to deliver technology that can be used on a standard, commercial off-the-shelf Unmanned Aerial Vehicle (UAV) or integrated with a specialist UAV.

In the first project, BMT and Rescue Global worked together to better understand how the data captured by a UAV could aid a team of responders to perform survey, refine, map and sample and from there, they built early prototypes of the tool that could be used on mobile, tablet and desktop. 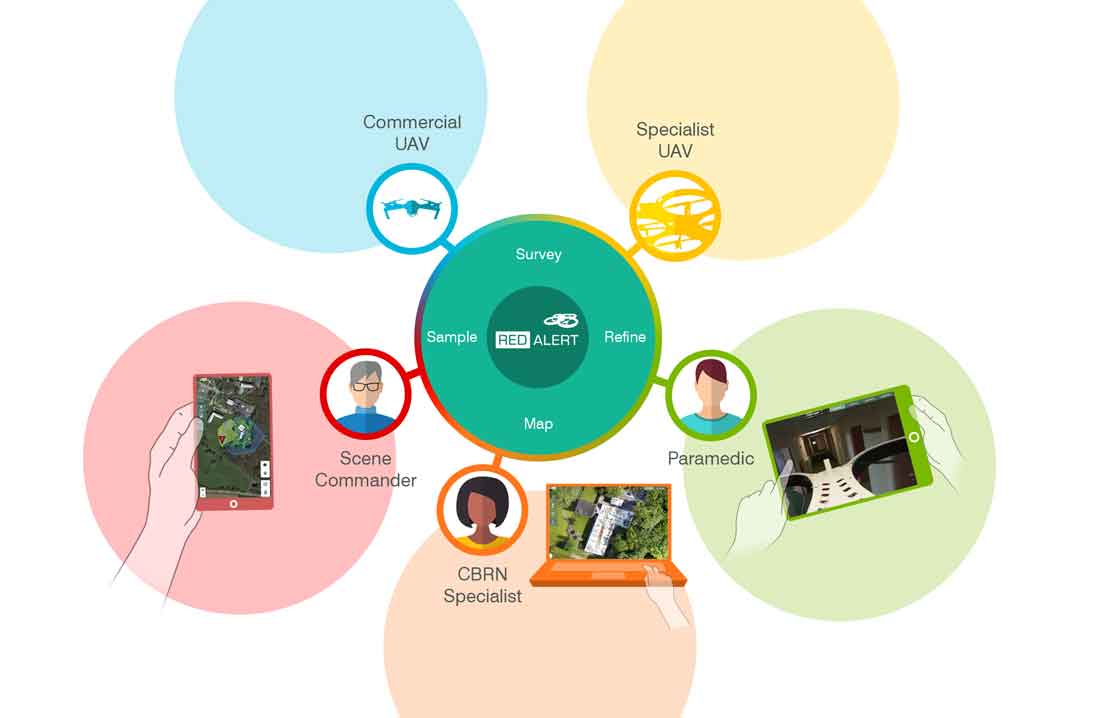 In the second project, Heriot-Watt University and Edinburgh University collaborated to develop state-of-the-art gas sensing and dispersion modelling technology on board a UAV.

The project was funded as part of the Phase 2 competition “Autonomy in Hazardous Scene Assessment” through the Defence and Security Accelerator (DASA), which was announced in the 2015 UK Strategic Defence and Security Review to help the UK to have strategic advantage through the most innovative defence and security capabilities in the world. DASA is hosted by the UK Defence Science and Technology Laboratory (Dstl) and replaced the Centre for Defence Enterprise.

“Funding from the DASA will enable BMT to deliver a prototype system that could literally save lives by rapidly accessing a scene for hazardous material and predicting the potential impact,” says Simon Luck, head of information systems at BMT. “We will be working closely with the emergency services and our partners to deliver a prototype for trials next year.  The end goal will be to deploy the system into the boot of the car of every responder within the next few years.”