Six companies awarded $11 million to develop prototypes for a short range surveillance drone for the US Army. 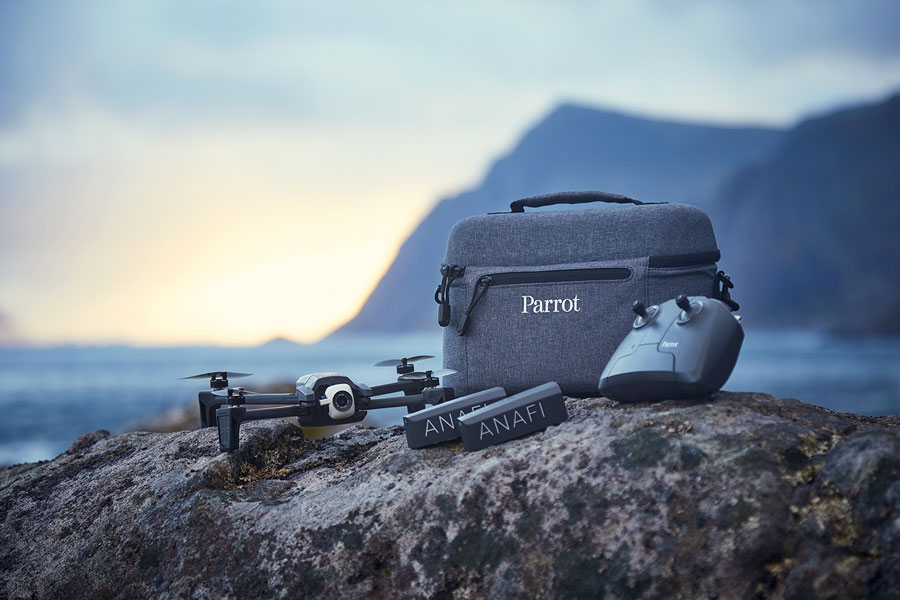 The US Army has selected six companies to develop and prototype the next generation of small-unit surveillance drones for Short Range Reconnaissance, which will be adapted from commercial technologies.  The Army's Program Executive Officer (PEO) for Aviation’s Project Manager, Unmanned Aircraft Systems, partnered with the  Defense Innovation Unit (DIU) and the Army’s Maneuver Center of Excellence  to identify and prototype new drone capabilities with commercial companies that specialise in on-demand, “eye in the sky” technologies.

European commercial and professional drone group, Parrot, based in France, is one of six companies (Parrot, Skydio, Altavian, Teal Drones, Vantage Robotics, and Lumenier)  that have been awarded $11 million in funding to prototype and evaluate drones that can provide the soldier on the ground with a rapidly deployable scouting capability to gain situational awareness beyond the next terrain feature. The drones would be expected to fly for 30 minutes straight at a range of up to three kilometres, according to the original solicitation. Officials also specified the aircraft should weigh three pounds or less, take less than two minutes to assemble and fit inside a soldier’s standard-issue rucksack.

“The SRR is intended to be an inexpensive, rucksack portable, vertical take-off and landing (VTOL) small unmanned aircraft that provides the platoon with a rapidly deployed intelligence, surveillance, and reconnaissance (ISR) capability to provide situational awareness beyond the next terrain feature,” the solicitation states.

“Parrot is proud to have been selected by the Army to work on this highly strategic project,” said Henri Seydoux, founder and CEO of Parrot. “The United States has always been a major market for the Parrot Group whether it is for our well-known consumer range or our advanced professional offering. We have always been at the forefront creating advanced, easy to use, compact and reliable drone-based solutions. We also perfectly understand how small unmanned aircraft, such as the Parrot ANAFI platform, has the potential to become a key part of the defence system. We look forward to focusing our advanced R&D on meeting the high standards set by the US Army, to integrate drone efficiency in their day to day operations.”

Parrot's ANAFI is an ultra-compact quadcopter that weighs only 320 g and can be deployed in under 25 seconds. The ANAFI drone comes with a smart battery that has a 25-minute flight time, one of the longest for a drone if its size, says Parrot. It is used by professional photographers.

FLIR's Black Hornet mini UAV was selected by the US Army as a "soldier-borne sensor." Hand-launched drones like the Raven and Puma UAS are still operated by the Army,  but according to media reports, the Army still wants to find short-, medium- and long-range UAS that can fit in a backpack. To get the capability into the hands of the soldier as soon as possible, the Army has opted to work with commercial off the shelf technologies, which will be adapted for military use.