An often overlooked security threat is the theft of goods in transit, which could see valuable cargo fall into the wrong hands. 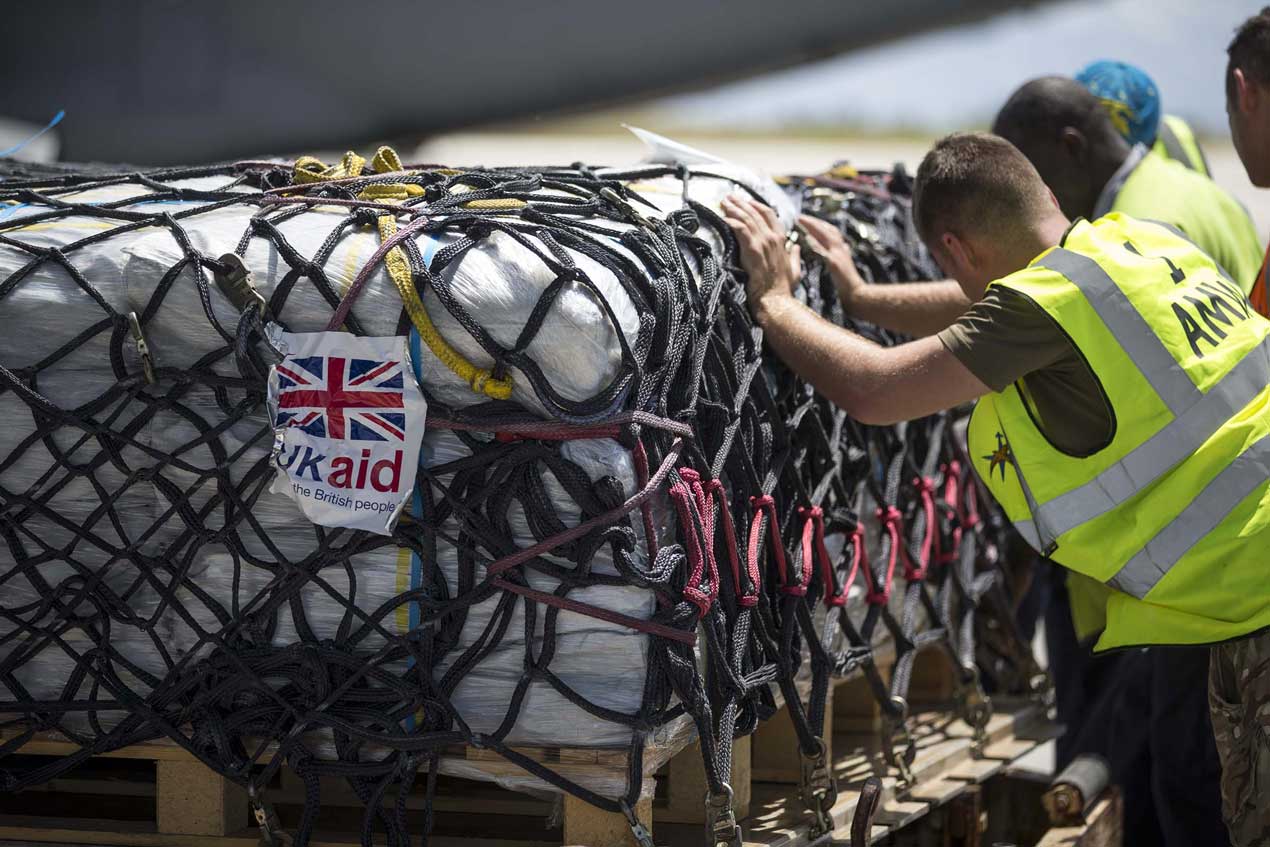 The security of goods in transit has major implications, particularly in harsh environments, where the difference between receiving and not receiving precious cargo can be a matter of life or death.
(Photo: MoD/Crown Copyright)

Given the spate of terrorist attacks that occurred across the UK and Europe this summer—the Manchester bombing; the Westminster Bridge and Borough Market attacks in London; the Barcelona terror attack—it’s hardly surprising that counter-terror was an overriding theme at this year’s UK Security Expo.

On the exhibition floor, there were a range of ingenious devices on display for stopping speeding vehicles in their tracks, drones for covert aerial surveillance and monitoring, as well as innovative new methods—both kinetic and non-kinetic—for countering drones that could potentially be used to launch a terror attack or carry an improvised explosive device (IED).

Yet, against the array of headline security events such as cyberattacks on government, military and financial networks, suicide bombers, vehicle-borne IEDs and rampaging terror attacks, there is one security threat that is often overlooked; that posed to goods in transit.

In recent years, piracy on the high seas has posed a major threat to merchant vessels on major shipping transit routes. But the threat is not just confined to the vessels themselves. “As the world becomes more uncertain, a greater premium is placed upon the safe transport of goods to clients,” said Ennio Zanotti, a speaker at this year’s UK Security Expo and president, founder and CEO of Zenatek, which uses GPS and GRPS technologies for oversight and quality control of goods in transit, particularly into harsh environments.

According to Zanotti, the loss of goods in transit happens quite often, "particularly if you are travelling to Africa on UN missions or with the military," he says,  "and particularly if it is ammunition being transported. It is a big problem.”

“Stolen, mislaid or late arriving goods can cost money and damage reputations,” says Zanotti, “especially if they include sensitive equipment or perishable items. Those waiting to receive the goods—in particular, troops—may also suffer consequences by not getting the equipment and food they need.”

Prior to founding Zenatek in 2009, Zanotti’s previous firm had a contract to supply infrastructure equipment to Canadian Armed Forces stationed in Afghanistan. Important equipment was needed and was due to be shipped from Karachi. However, the hardware never arrived and was found three months later, far from its intended destination.

That experience gave Zanotti—who previously served in the Italian Army’s Alpine Corps, an elite mountain warfare unit—the idea of developing a system for tracking the location of valuable cargo in real time.Zenatek’s tracking solution uses a small box, which is placed inside a shipping container. A yellow light on the device flashes for five seconds as it connects to a GPS network. A green light indicates a successful connection, enabling the precious cargo to be tracked whilst in transit.

The tracking service can be used to monitor the temperature and humidity inside the container or to detect if it has been opened. If any of these events occur, the customer is alerted. “Any damage is reported immediately,” said Zanotti. “Also, there is no ambiguity over who was in possession of the cargo at the time of the incident.”

The Zenatek Tracking Device is designed to work in all imaginable climates and uses the Vodafone GPS network or other networks, including Russia’s Global Navigation Satellite System (GLONASS) and the European Union’s Galileo. The device has been refined so it can be applied to important cargo other than shipping containers. It can even be fitted to cardboard boxes.