An Autonomous Unmanned Ground Vehicle that can swim 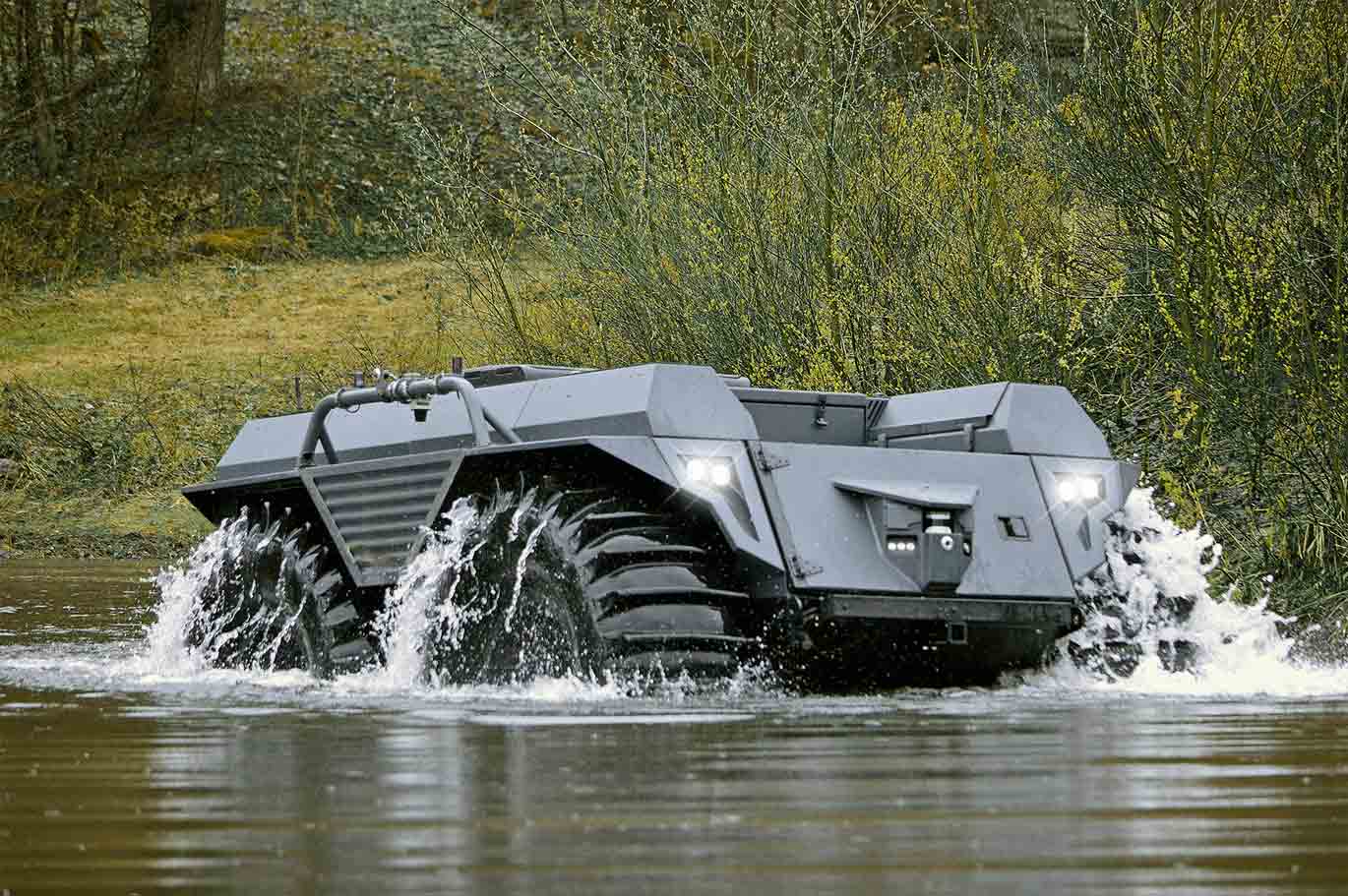 The Rheinmetall Mission Master XT can tackle ice, snow, and sub-zero weather conditions, as well as sandy, rocky and mountainous topography. Its advanced amphibious capabilities allow it to float and swim while maintaining its full payload capacity.

Weighing in at 2,217 kg, the A-UGV can carry a 1,000 kg payload in all scenarios, allowing troops to transport special equipment to hard-to-reach locations. The diesel-powered engine allows it to travel 750 km without refuelling, while lithium-ion batteries enable up to six hours of silent watch operations.

Another feature of the Rheinmetall Mission Master XT is its continuous tyre inflation system, which adjusts the tyre pressure as needed based on the terrain. Featuring high endurance and survivability, the A-UGV keeps moving even with 2 cm holes in the tyres.

How do unmanned ground vehicles work?

Like the other platforms in the Rheinmetall Mission Master family, the Mission Master XT is optimised to take on dull, dirty and dangerous tasks, allowing soldiers to focus on their core missions more effectively and in greater safety. It is driven by Rheinmetall PATH, a proven autonomy kit  that enables a wide range of autonomous driving and navigation capabilities.

The Mission Master family is fully compatible with NATO-standard battle management systems and can be controlled through a variety of teleoperation options.

“The most multifunctional of these is a smart tablet developed by Rheinmetall, which allows the operator to control any Mission Master platform and payload through a single interface” explains Alain Tremblay, vice-president of business development and innovation at Rheinmetall Canada. “For instance, users can monitor camera feeds or direct a weapon station, then quickly program the platform to navigate itself autonomously to a desired location, all from the same device.”

If necessary, this robust, tried-and-tested mechanical platform can operate in manned configuration, with an integrated joystick and emergency seat. 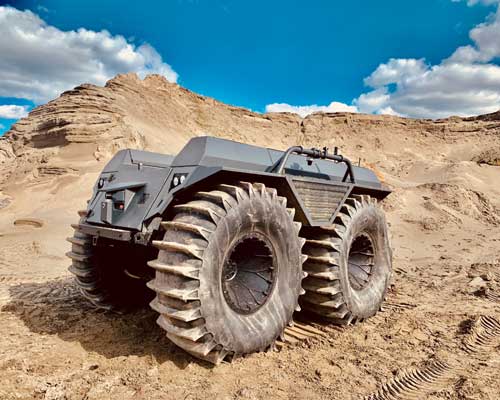 What are unmanned ground vehicles used for?

Thanks to its modularity, the Rheinmetall Mission Master XT can take on multiple missions in any situation. The scope of activities the A-UGV can conduct includes logistic transport, surveillance, fire support, rescue, medical evacuation, CBRN detection, communication relay and a multitude of other  requirements.

Despite being autonomous, a human is kept in the loop in all kinetic operations. The new Mission Master XT features a unique NATO standard battle management system (BMS) integrated into every platform.

This allows each system to process large amount of tactical data. The Mission Master XT can share and exchange information from its vehicle and module sensors to improve the team's common operating picture.

The BMS also uses information in the network from other contributors to improve its own situational awareness with regard to terrain as well as the location of friendly and enemy forces.

The built-in BMS allows many Mission Master platforms to operate as  UGV team when carrying out standard military missions in direct support of troops on the ground. The Mission Master XT will also benefit from the systematic integration of new artificial intelligence applications, allowing it to evolve and contribute to successful outcomes.