Toxic fuel for heating ration packs to be replaced by bio-ethanol alternative made from sugar beets.

In the words of Napoleon and Frederick the Great, “An army marches on its stomach,” and when it comes to army ration packs, there have been some ground-breaking innovations in recent years.

The most noteworthy perhaps is the “three-year pizza” developed by the Natick Soldier Research, Development and Engineering Center in 2013 for US soldier Meals Ready to Eat, or in common parlance, ration packs.

Whilst most of the research & development has gone into developing meals that are nutritious, boost soldier morale by providing them with some of their favourite food items (ice cream, pizza) that can be easily transported and survive for long periods out in the field, more recent developments have focused on the fuels used to heat the food.

Cardiff-based survival equipment manufacturer, BCB International developed a solid bio-ethanol fuel called FireDragon, made from sugar beets, to replace the traditional hexamine fuel tablets soldiers use to heat food and drinks out in the field. 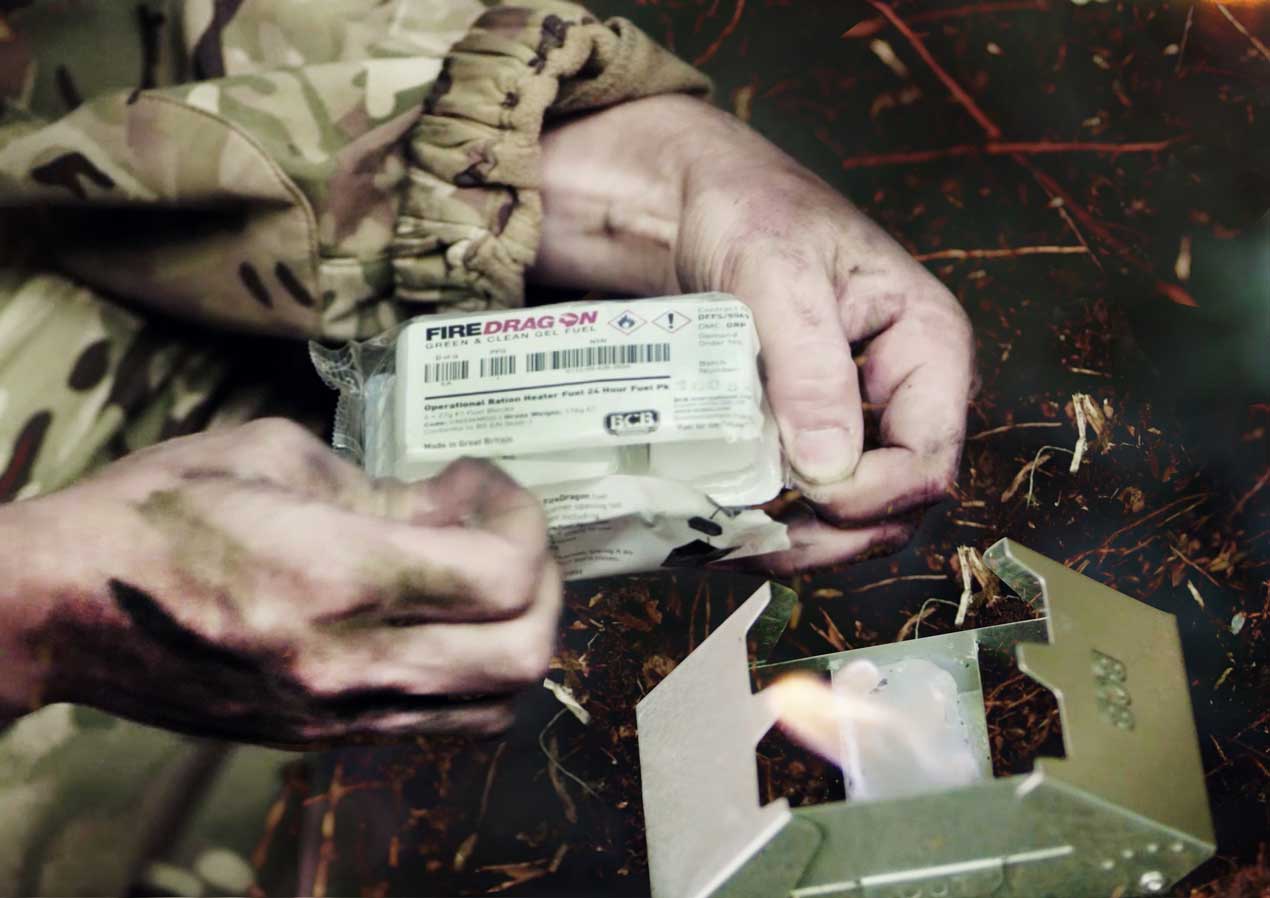 The UK Ministry of Defence (MoD) awarded a four-year contract to BCB International for the supply of a new operational ration cooker and fuel to replace hexamine tablets.

“FireDragon is a safer and cleaner alternative.  The FireDragon fuel boasts many features.  It is made from sustainable natural ingredients, it is non-toxic, burns cleanly, can be ignited even when wet and if necessary can be used as a hand cleanser.”

Many armies worldwide are still issuing their soldiers with hexamine fuel tablets. But as Howell explains, the British Army’s decision to make the switch to ‘FireDragon’ has encouraged other armies to rethink their military rations heating fuel.

“There is a growing body of evidence about the health risks associated with hexamine-based fire-lighting fuels,” says Howell. “This combined with the UK MoD’s decision to use a superior alternative, has led to those in charge of combat feeding programmes in other armies to reconsider hexamine’s suitability as a fuel for the future.

Howell says BCB is in discussions with several armies that are interested in integrating FireDragon into their operational ration packs. The fuel is supplied with a small lightweight cooker, which can be packed with three FireDragon fuel blocks.