The SA80 Gets Multi-Million Pound Upgrade 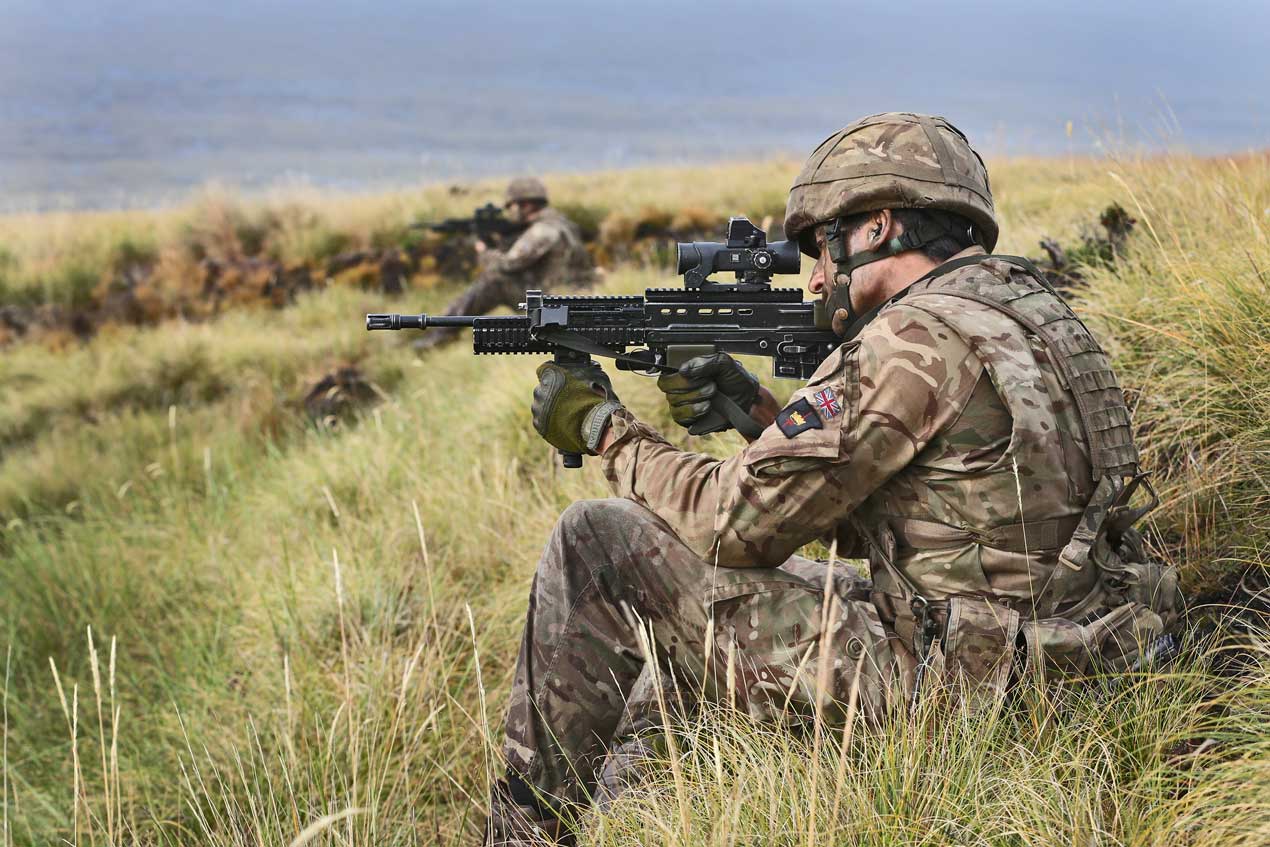 Soldiers from The Household Division operating their SA-80's during a live fire exercise (Photo: MoD/Crown Copyright)

The British Army’s assault rifle is getting a multi-million-pound upgrade. The SA-80 A2 hand-held assault weapon will be upgraded into the lighter A3 model under the Mid-Life Improvement (MLI) project, which will ensure the rifle has the enhancements needed to remain in service until 2025 and beyond.

With an initial investment of £5.4 million for the project, the MLI project will see 5,000 weapons upgraded initially with the intent to upgrade more weapons in the future. The fielding of the first tranche began in February.

The upgrade will be carried out by Heckler and Koch, will give the Army a lighter, more hardwearing, better-camouflaged combat rifle so soldiers can perform on the frontline in some of the most dangerous locations across the world.

Defence Minister Guto Bebb said the investment was a boost for Nottingham’s highly-skilled gun makers and will sustain around 20 highly skilled jobs at the Nottingham Small Arms Factory owned by the company.

Changes to the rifle in the multi-million-pound upgrade include:

“The SA80 is a battle-proven weapon used by the UK Armed Forces on operations all over the world,” said Major General Colin McClean, Director Land Equipment at the MoD’s Defence Equipment and Support organisation in Abbey Wood. “The upgrade will build upon the rifle’s state-of-the-art features enhancing accuracy and consistency.”

The SA80 has been used in conflicts from The Troubles in Northern Ireland, to the Iraq and Afghanistan wars.

The A2 variant was created in 2002 by Heckler & Koch, which at that time was owned by BAE Systems. What was referred to as the "L85A2 revision,' resulted in what the Ministry of Defence described as "the most reliable weapons of their type in the world," although trials suggested that reliability deteriorated in hot and dry conditions.