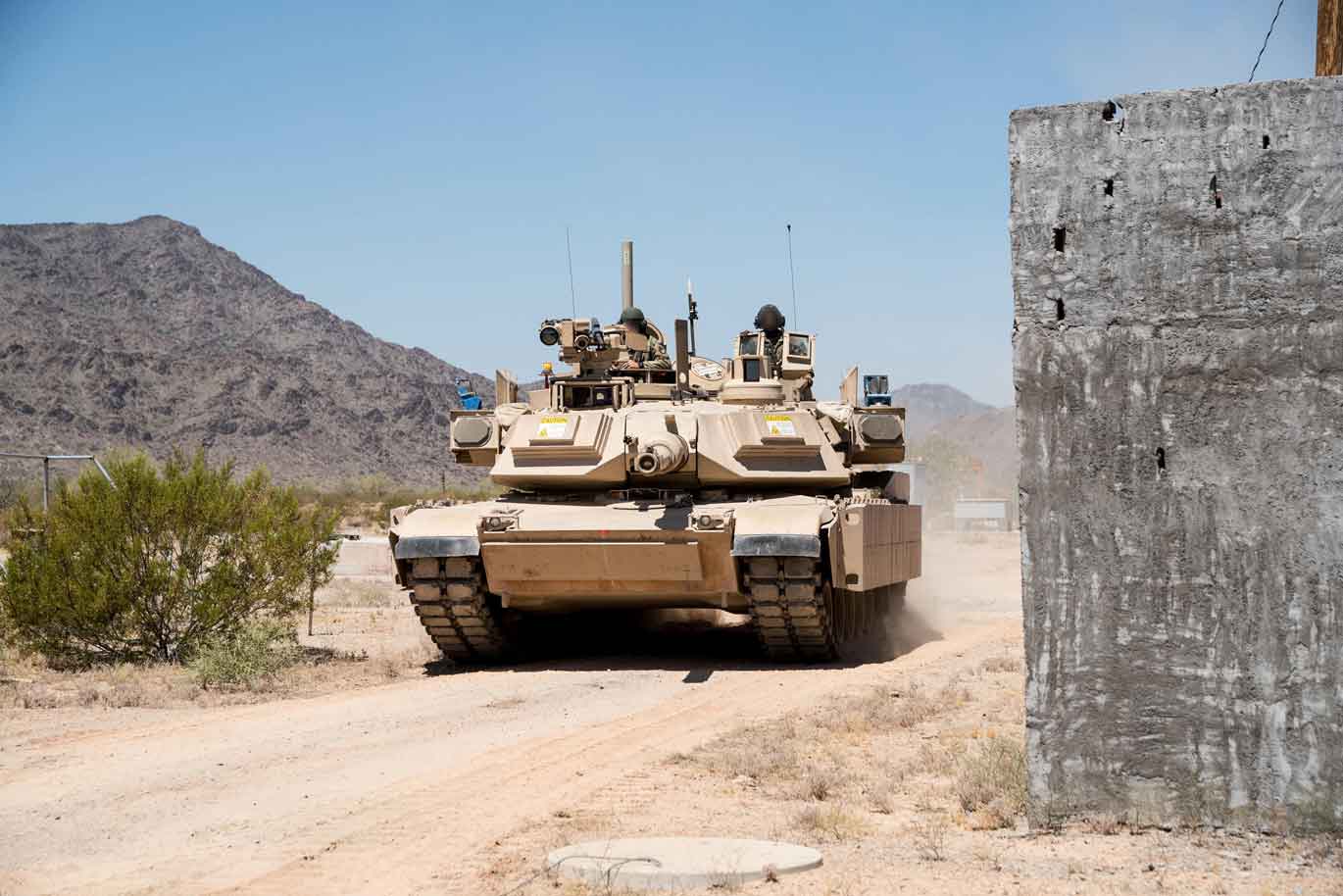 Leonardo DRS and Rafael Advanced Defense Systems have completed  delivery of the Trophy Active Protection Systems (APS) ordered by the US Army for installation on the Abrams main battle tanks. This marks a major milestone in the Army’s efforts to outfit multiple brigades of tanks with APS to protect soldiers’ lives against increasing anti-armour threats, including anti-tank guided missiles, rocket-propelled grenades (RPGs), and recoilless rifle threats.

The APS uses a kinetic “hard kill” mechanism to intercept and disrupt/defeat the incoming threats. The Trophy APS was fielded on the Abrams under contracts awarded on an urgent need basis by the Army’s Program Executive Office for Ground Combat Systems. Leonardo and Rafael delivered the first APS systems in September 2019 for both the US Army and Marine Corps.

A joint team of government and industry from both the US and Israel worked together to adapt and integrate Trophy for the two services’ Abrams variants.  This delivery culminates a multi-year effort by the Army to study and rapidly field active protection due to the urgency of the threat and the growing need for improved ground vehicle survivability. The Trophy APS has been fitted to a total of four Armoured Brigade Combat Teams.

“It has been an honour to deliver these advanced defensive protection systems for our frontline tanks to give our warfighters a needed layer of survivability against real and emerging battlefield threats,” said Aaron Hankins, senior vice president and general manager of the Leonardo DRS Land Systems business unit. “Together with our Rafael partners, we worked tirelessly to ensure we met our customers’ needs while delivering ahead of schedule, and we look forward to supporting them with APS in the future.”

The threat of anti-armour weapons is growing and we were grateful to bring this life-saving technology to the US to meet an urgent need, said Michael Lurie, vice president and head of Rafael's Land Survivability and Manoeuverability Directorate. “While COVID-19 created challenges for on-time deliveries, we used our resources and capabilities to facilitate on-schedule deliveries. With our partner Leonardo DRS, we remain committed to supporting the Army and providing increased protection to US forces on a timely basis.”

Developed by Rafael in response to successful anti-armour attacks, Trophy APS provides combat-proven protection against rockets and missiles while simultaneously locating and reporting the origin of the hostile fire for immediate response.

According to Rafael, Trophy is the only fully integrated, combat-proven APS in the world. In addition to the US Abrams tanks, Trophy is currently installed on the Israel Defense Forces’ Merkava Main Battle Tanks and Namer APCs. Rafael says the APS has made numerous combat interceptions with no injuries to crew, dismounted troops or damage to platforms since its first operational interception in 2011. Having undergone over 5,000 successful field tests, Trophy has accrued over one million operating hours, and is now under contract for serial production of more than 1,800 systems.

While Leonardo DRS and Rafael have completed these initial Trophy system deliveries to the US Army, the partnership is also under contract for additional support and development work for future US Abrams tanks. The US Army is also assessing the next generation “Trophy VPS,” a smaller, lighter, equally-capable variant of Trophy that will provide protection to a broader range of US ground combat vehicles.

However, it has had less luck finding a suitable APS for its lighter weight Stryker IFV. The Army tested various APS solutions, incuding the Trophy Light System by Rafael/Leonardo DRS, and the UBT/Rheinmetall Active Defense System, but none of these solutions were selected based on "maturity challenges."

Leonardo DRS talks about the Trophy APS at AUSA 2019