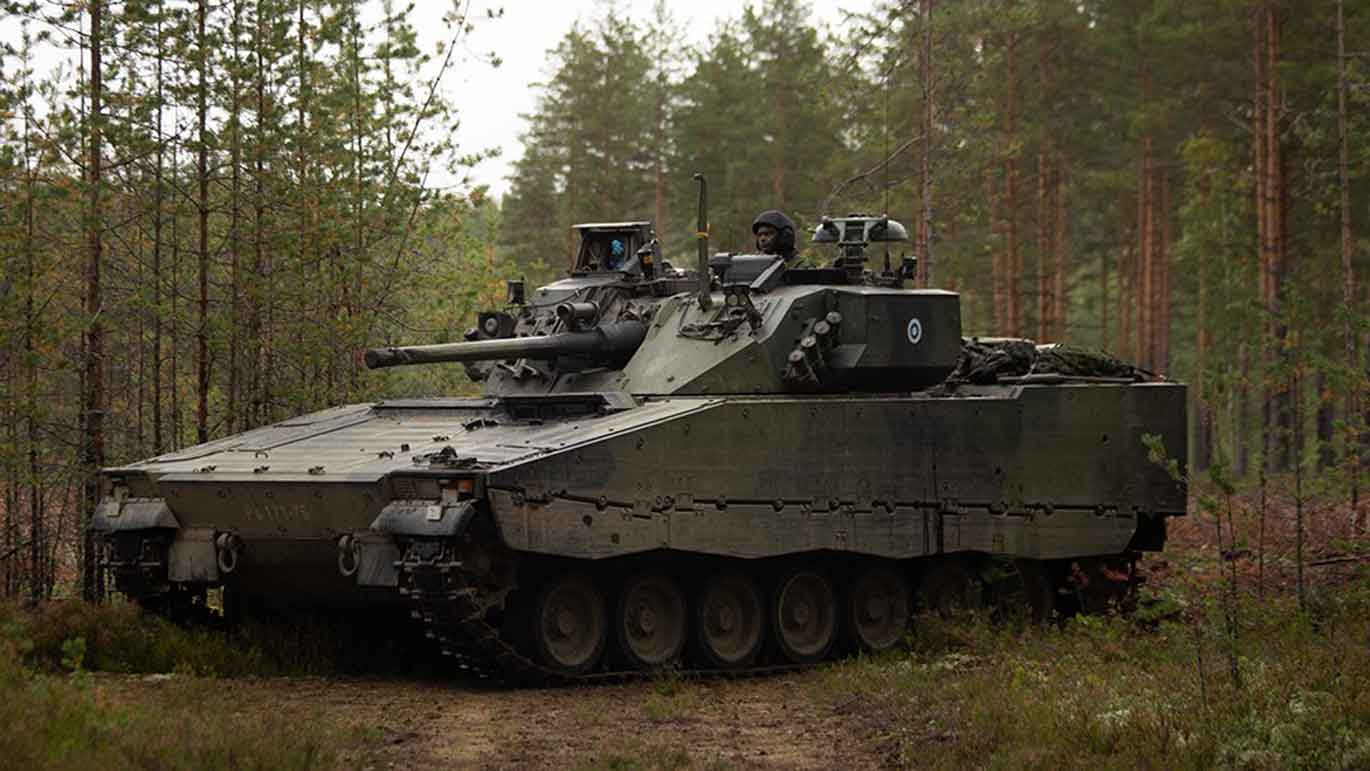 The Finnish Army's fleet of CV90 IFVs will be upgraded at a cost of $32 million, to increase their combat efficiency for the future battlefield. Finland signed a contract with BAE Systems to upgrade the CV9030FIN prototype and test series vehicles first, with the remaining lifecycle upgrades to be carried out between 2022–2026.

As part of the contract, BAE Systems Hägglunds, the original manufacturer of the CV90, will work closely with Finnish industry to upgrade the general availability and maintainability of the vehicle, further develop in-service safety, and enhance the system’s technology and software.

“The upgrade program will secure the capability of the vehicles into the 2030s,” said Colonel Rainer Peltoniemi, Inspector of the Infantry for the Finnish Army. “At the same time, it will make it possible to eventually have a more extensive mid-life upgrade performed on the vehicles during the latter part of their lifecycle.”

Finland is the latest in a series of CV90 customers to significantly re-invest in the Infantry Fighting Vehicle platform. Four of seven nations in the CV90 User Club have recently signed contracts to extend the lifecycle of their fleets and enhance their vehicles’ capabilities.

Sweden, Switzerland and the Netherlands signed mid-life upgrade agreements, while the Norwegian Army recently completed a fleet upgrade and ordered 20 additional CV90s to increase the combat power of its existing fleet.

“Our customers’ continued commitment to the platform benefits all current and future CV90 users, as each nation shares their experiences and innovations, which keeps the vehicle modern, advanced, and affordable for years to come,” said Tommy Gustafsson-Rask, managing director of BAE Systems Hägglunds.

Finland is one of seven users operating the CV90. The other six are: Denmark, Estonia, Norway, Sweden, Switzerland, and the Netherlands. With close to 1,300 CV90s of numerous variants in service, the vehicle is combat-proven and designed to accommodate future growth to meet evolving missions.