Watch the first live firing of the PROTECTOR Remote Turret from the Type-X RCV. 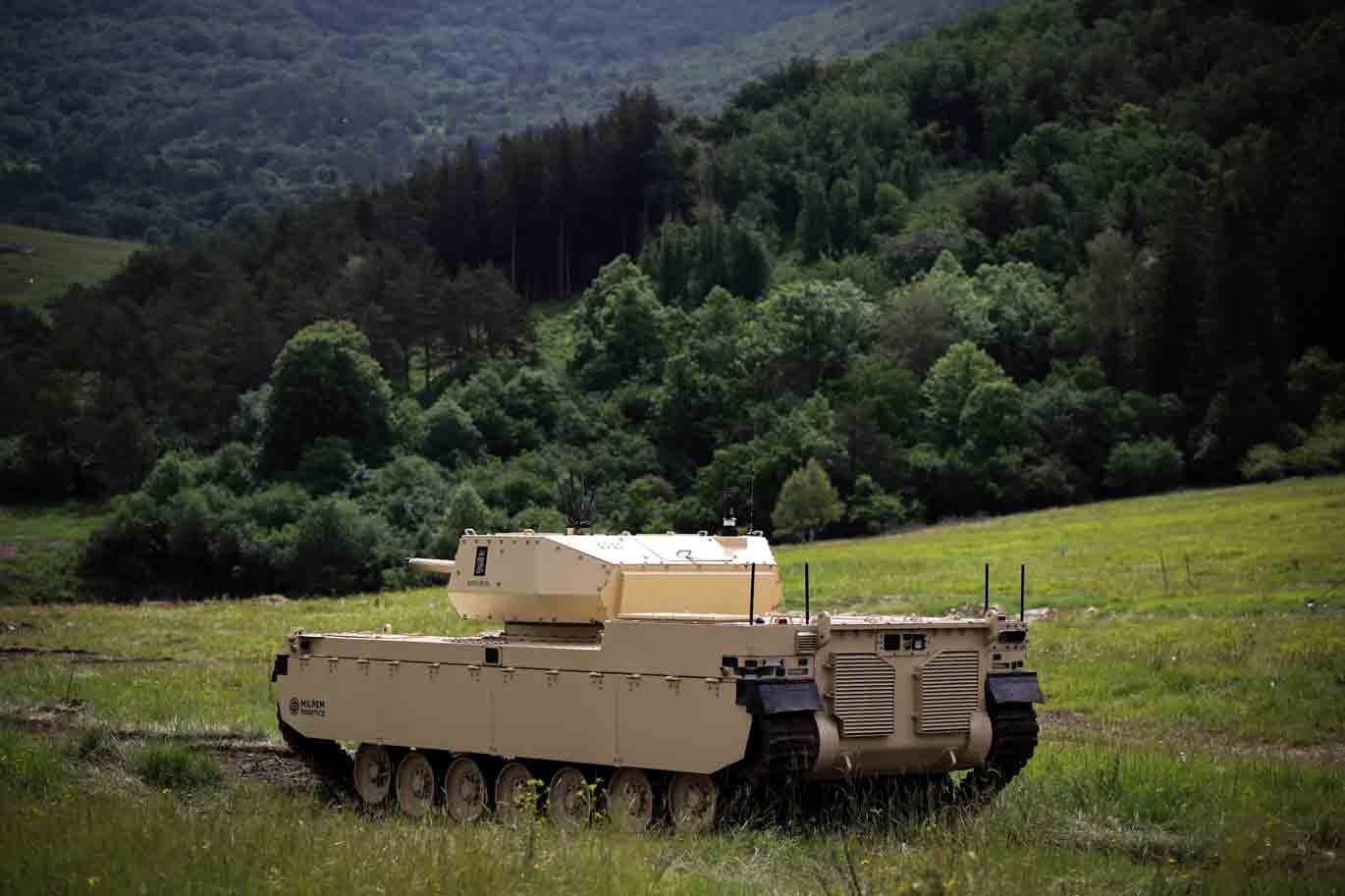 The Type-X RCV with the PROTECTOR Remote Turret

The first firing with KONGSBERG’s PROTECTOR RT40, which includes the Bushmaster 30 mm cannon and a linkless ammunition handling system, was carried out in the second week of June, according to Milrem.

The live-fire was a step towards the companies’ joint project of developing the Nordic Robotic Wingman (NRW) – a robotic fighting vehicle that addresses the requirements of the Nordic and Western European countries, as well as the US.

The NRW’s purpose is to support Main Battle Tanks (MBT) and Infantry Fighting Vehicles (IFV) like the Leopard 2 or CV90. It will be equipped with KONGSBERG’s latest and best PROTECTOR Remote Turrets (RT), which have been chosen specifically to meet the particular needs of various end users.

According to Milrem Robotics, the Type-X, which the NRW is based on, provides equal or overmatching firepower and tactical usage to a unit equipped with IFVs and gives mechanised units the means to breach enemy defensive positions with minimal risk to their own troops. It can be fitted with a cannon up to 50 mm, anti-tank missiles and a tethered drone for continuous situational awareness.

The Type-X with the RT40 will be exhibited at Eurosatory 2022 in Paris on Milrem Robotics’ stand.

Video: The first live firing of the PROTECTOR Remote Turret from the Type-X RCV