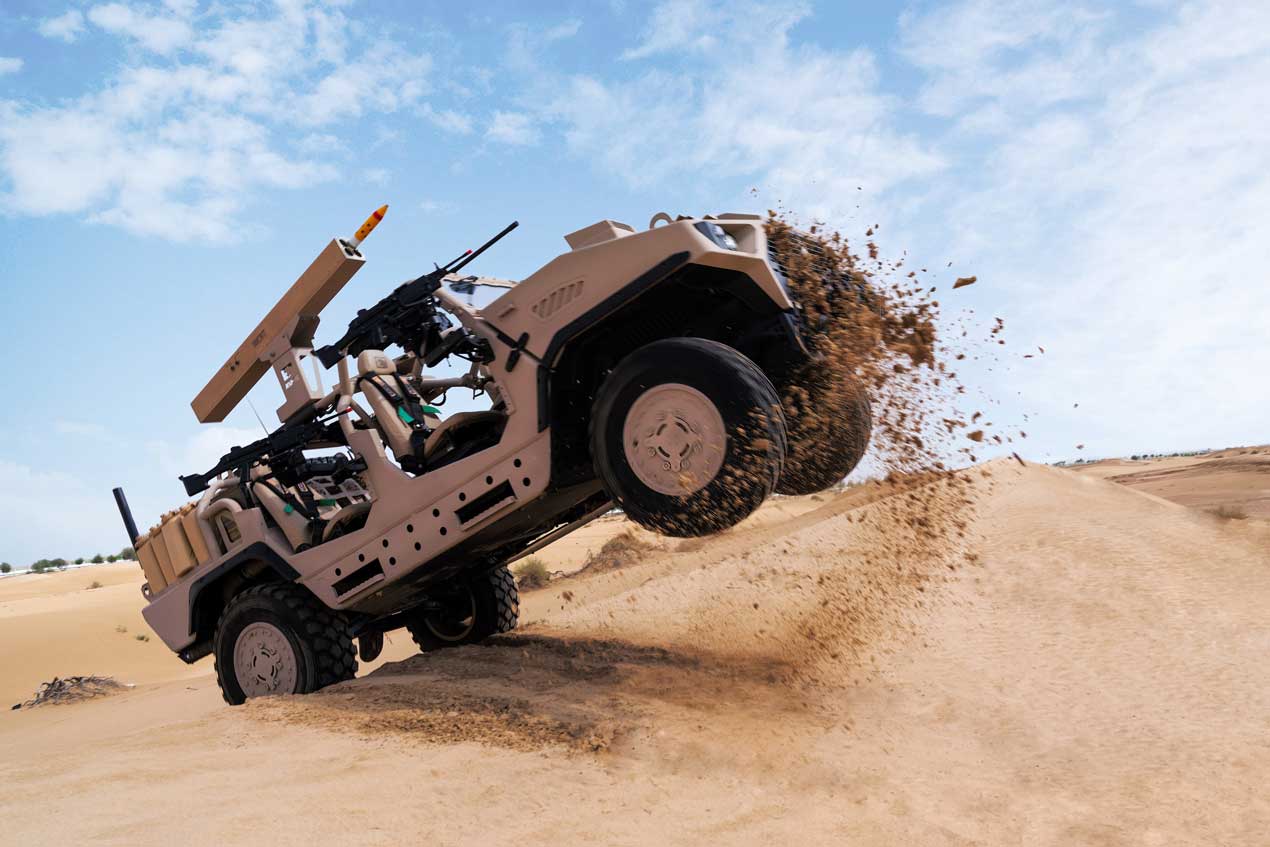 The weapon system was first unveiled in 2017 at London’s DSEi Exhibition. Since then it has completed rigorous test-firing protocols, with laser target designation from both ground and air platforms, and is now in initial production.

With FLETCHER, Arnold Defense has made a bold departure from the traditional concept of use for 2.75-inch rocket systems; that of an area suppression weapon ordinarily delivered by aviation assets.  FLETCHER uses advanced rocket-guidance technology from ground-based launch platforms, meeting the demands of modern, vehicle-mounted and dismounted asymmetric warfare.

It employs an existing suite of guidance modules, rockets and warheads, already used in well-known programmess and readily available to global forces.

FLETCHER recently successfully completed a four-round live firing using multiple airborne laser platforms, confirming the ability to use laser designation from ground and air from various angles and offsets to a distance of almost 6km.

Arnold Defense is also developing a number of supplementary ground and maritime-based concepts, including expansion into the arena of Unmanned Ground Vehicles (UGV), naval and littoral platforms.  It anticipates that the first of these integrated systems will be unveiled within months.