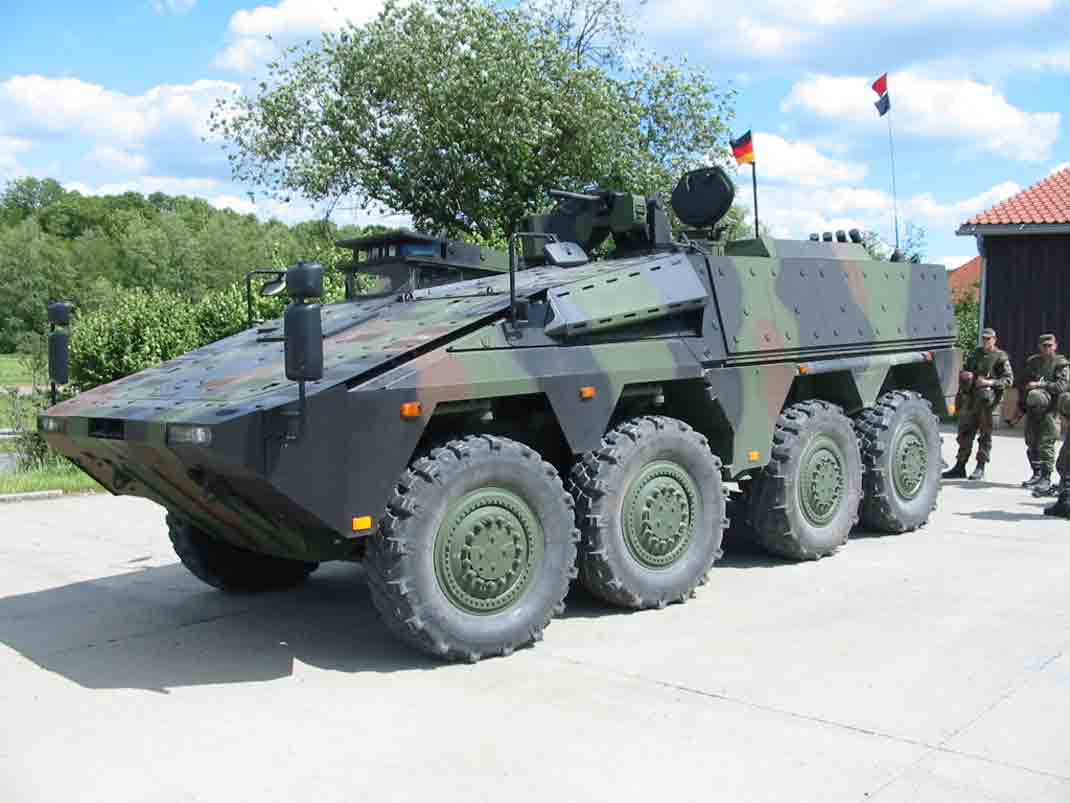 Four Panoramic Above Armour Gimbals (PAAG) from Thales will be fitted to the German Army's Boxer Armoured Vehicle. Thales signed a contract for the delivery of the PAAG with Krauss-Maffei Wegmann as part of the Joint Fire Support Team (JFST) contract. Four prototypes of the PAAG will be manufactured in 2023 to equip the BOXER, with a follow-on production contract anticipated in 2025.

The Stabilised Panoramic Above Armour Gimbal (PAAG), built by Thales in Glasgow, Scotland, is an electronic surveillance system that is remotely controlled from inside the BOXER and gives users a stabilised long-range ‘Detection, Recognition, Identification’ (DRI) and weapon aiming ability on the move during daylight and night conditions.

The system with thermal imaging device and high-resolution daylight colour camera enables targets to be identified at a the range of up to four kilometres, depending on their size. In continuous operation, the entire hemisphere around the vehicle can be covered. A laser rangefinder offers measuring distances of up to 10 kms. The PAGG can also be raised above the vehicle roof to allow the monitoring of targets from behind a ridgeline without putting the user in a direct line of sight, which greatly reduces operational risk.

An Automatic Video Tracking (AVT) and Assisted Target Detection (ATD) is also included in the JFST PAAG system. Combined with an artillery command and control system PAAG will contribute significantly to the capability being fielded.

The BOXER Programme, managed by the European armament’s agency OCCAR, provides the German, Netherland, Lithuanian and the United Kingdom Armies, with a new generation of all terrain armoured utility vehicles on the basis of balanced capabilities of transport capacity, mobility, protection, survivability, growth potential and efficient life cycle costs.

The JFST programme in Germany will see the delivery of two prototype JFST-heavy vehicles based on the BOXER 8x8 Armoured Vehicle coupled with a new JFST Mission Module integrating Thales PAAG.

The BOXER is an 8x8 all-terrain heavily armoured utility vehicle with a modular concept of a common drive module and an exchangeable mission module, thus ensuring maximum strategic and tactical mobility in a wide range of operational scenarios. 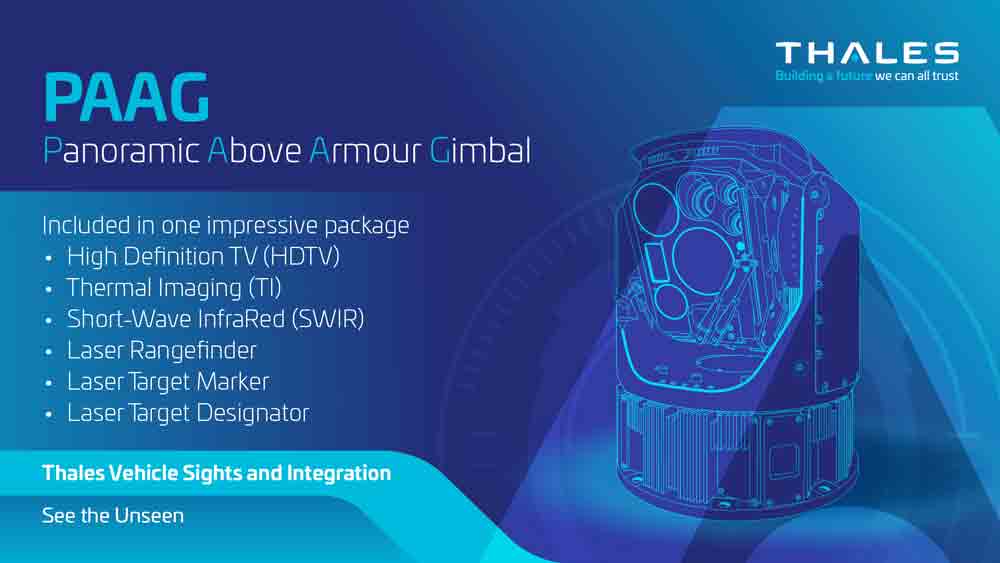