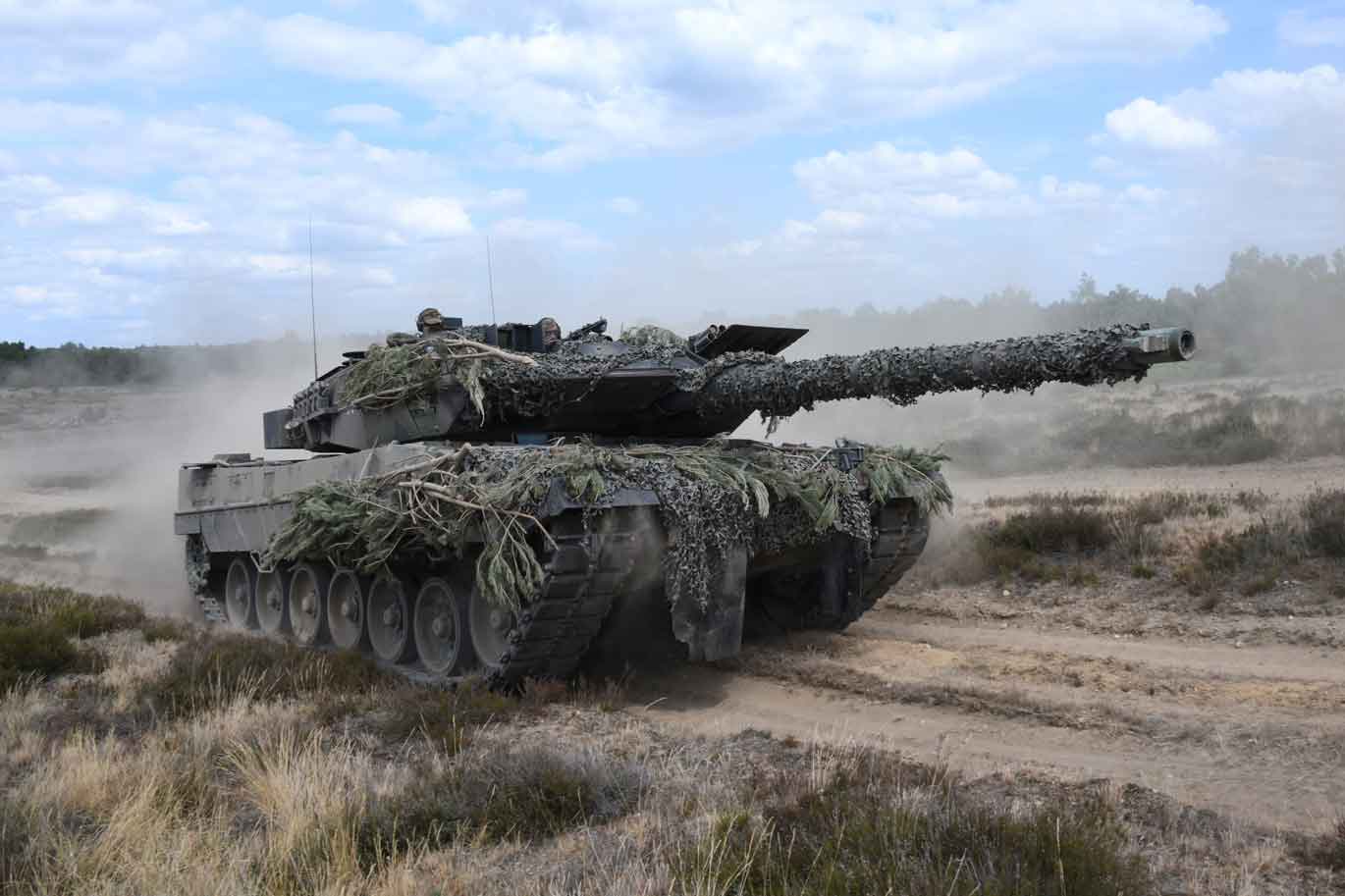 One of the world's best main battle tanks, the Leopard 2, is to be fitted with the Trophy Active Protection System from Israel's Rafael Advanced Defense Systems.

Following the decision, which was made by the Federal Office of Bundeswehr Equipment, Information Technology and In-Service Support (BAAINBw) and approved by the Bundestag, Rafael was awarded a contract for an initial batch of Trophy systems, which includes a contract with Krauss-Maffei Wegmann (KMW), the Leopard MBTs OEM, entailing the provision of systems for a company of tanks, interceptors, and spare parts, as well as operational and technical training. The systems will be delivered over the next several years.

Germany is expected in future to procure additional Trophy systems to equip most of its modern fleet of Leopard 2 MBT's with APS capabilities. In January, Rafael and partner DRS announced that they had completed the delivery of Trophy Active Protection Systems (APS) ordered by the US Army for installation on the Abrams main battle tanks, under contracts awarded on an urgent need basis by the Army’s Program Executive Office for Ground Combat Systems.

“Germany is joining an exclusive group of advanced tier-1 nations who have chosen the Trophy APS to protect their troops and assets from the ever-increasing threat of anti-armour warfare,” said Dr. Ran Gozali, executive vice president and head of The Land and Naval Division, Rafael.

Developed by Rafael in response to successful anti-armour attacks, Trophy provides combat-proven protection against rocket and missile threats and simultaneously locates the origin of the hostile fire for immediate response.

According to Rafael, Trophy is the only fully-integrated, combat-proven APS in the world and has been installed on Israel Defense Forces’ Merkava tanks since 2010, as well as on Namer APCs. Trophy has made numerous combat interceptions with no injuries to crew or dismounted troops or damage to platforms since its first operational interception in 2011.