Germany commits to spending more than 2% of its GDP on defence to stop Putin. 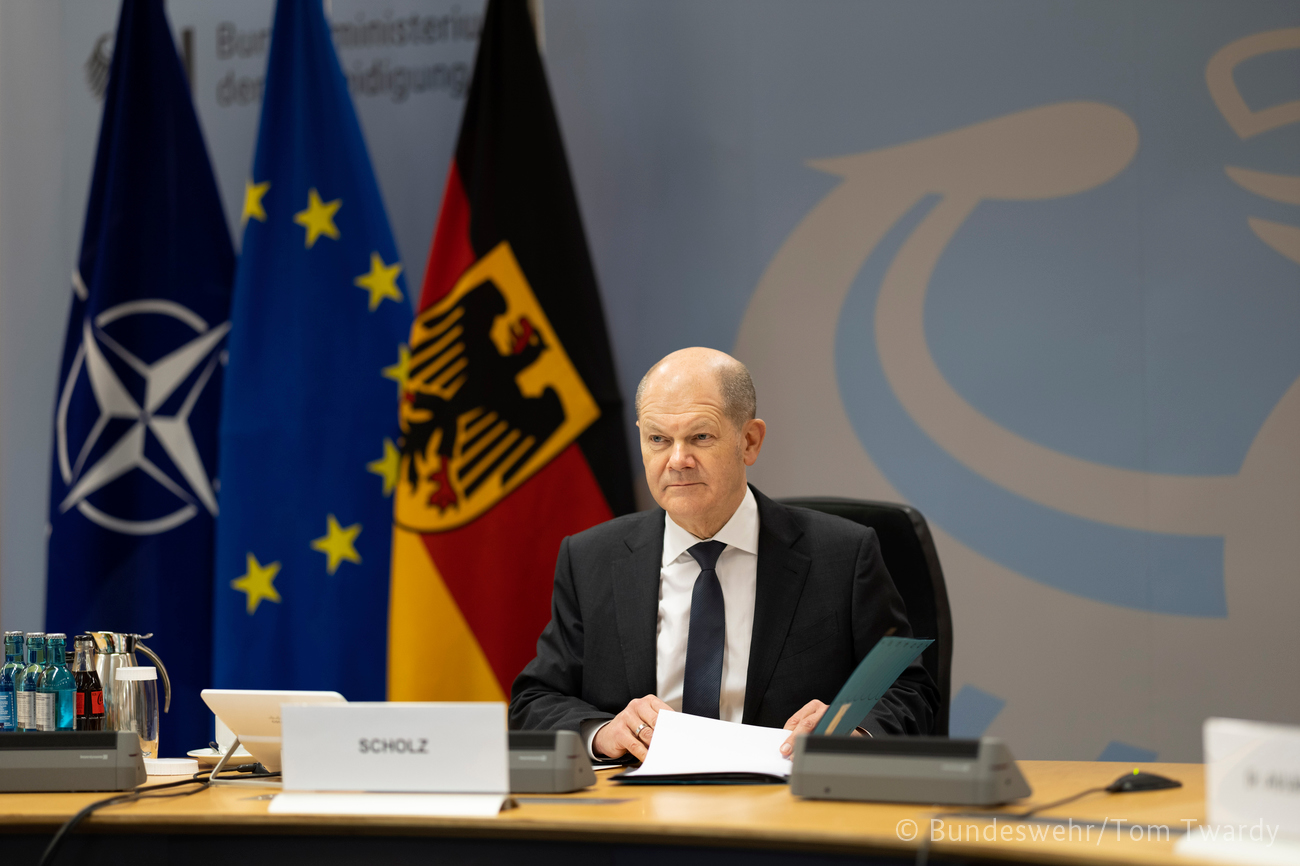 In an extraordinary session of German parliament on Sunday, German chancellor Olaf Scholz announced that Germany would increase defence spending by €100 billion ($112.7bn) or more than 2% of GDP, an unprecedented move by a country, which had only allocated just over 1% of its GDP to defence spending in recent years.

"We must stop warmongers like Putin," said Scholz. "That requires your own strength. We want to equip the Bundeswehr with modern equipment and use more than 2% of our economic output for this purpose. Yes, we want and will secure our freedom and our prosperity!"

Germany had increased its defence spending as a percentage of GDP to around 1.5% in the last two years after pressure from allies such as the United States for EU countries to meet or exceed the NATO 2% of GDP target. Historically, however, it had underspent compared to other NATO countries such as France, the UK, and even smaller countries like Greece, which spent more than 3% of its GDP on defence last year.

Given its historically low levels of defence spending, most of Germany's military equipment is either outdated, faulty or not well maintained.

On Saturday, Germany also overturned an earlier decision not to send defensive weapons to Ukraine. The country was mocked for sending helmets, but Scholz said on Saturday that the Russian invasion of Ukraine was a major turning point, and that it was Germany's  duty to support Ukraine to the best of its ability, in defending against Putin's invading army. "That is why we are delivering 1,000 anti-tank weapons and 500 Stinger missiles to our friends in Ukraine," he stated. The Stinger man-portal defence system fires surface-to-air missiles and is developed in the US by Raytheon Missile Systems. Stingers were used in theFalklands War and recent conflicts in Afghanistan and Syria.

According to France24 news, Germany has also given the Netherlands permission to send 400 anti-tank rocket launchers, which it bought from Germany, to Ukraine. Ageing Howitzers purchased from ex-communist East Germany will also be sent to Ukraine from Estonia.

Germany finally bowed to international pressure and calls from Ukrainian president Volodymyr Zelenskyy for EU countries to do more to help Ukraine fight Russia. While other EU, Baltic and Central & Eastern European countries have sent weapons to Ukraine, Germany initially refused to send defensive weapons to Ukraine as a result of a so-called peace policy, restricting arms exports and fostering diplomacy.

However, according to the Stockholm International Peace Research Institute's arms transfer database, in 2020 the biggest recipient of arms exports from Germany was Egypt, followed by India and Hungary. In 2020, Arab states were the main re­cipi­ents of German military equipment deliveries. Most recently, Germany author­ised the export of antiaircraft cannon tanks to Qatar and patrol boats to Egypt.

Information published by the German Institute for International and Security Affairs, show that between 2018 and 2020, Egypt, Algeria, Qatar, Saudi Arabia and the United Arab Emirates (UAE) pur­chased approximately €4.7 billion euros worth of German military equipment, about one quarter of the total sold. These five countries account for as much as 52% all German sales of military products. 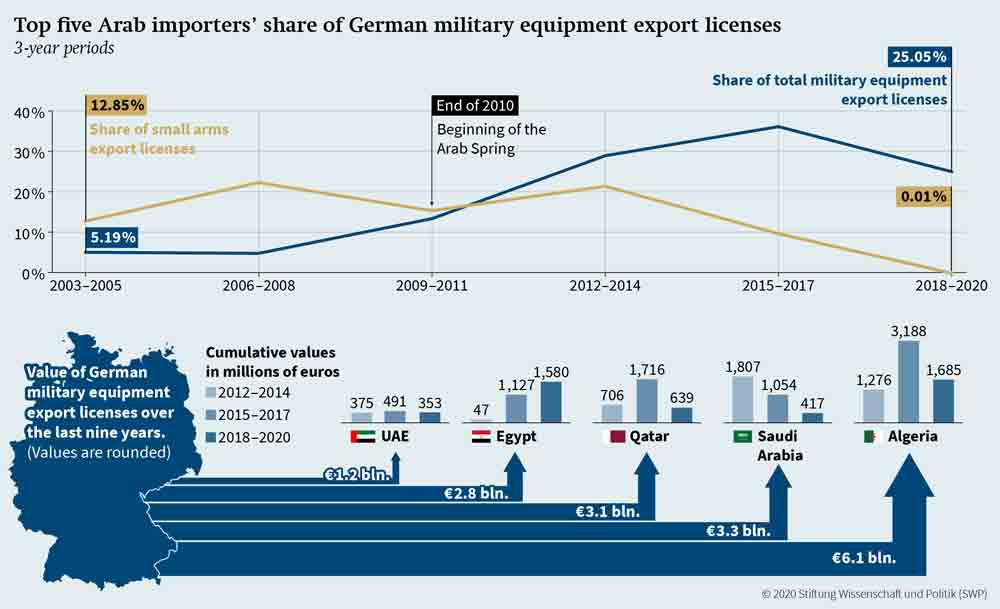