What Do Today's Jihadists Have In Common With Famous Guerrilla Fighters Of The Past?

Guerilla Warfare: Kings of Revolution, the military strategy of guerrilla fighters from the 13th century to modern times. 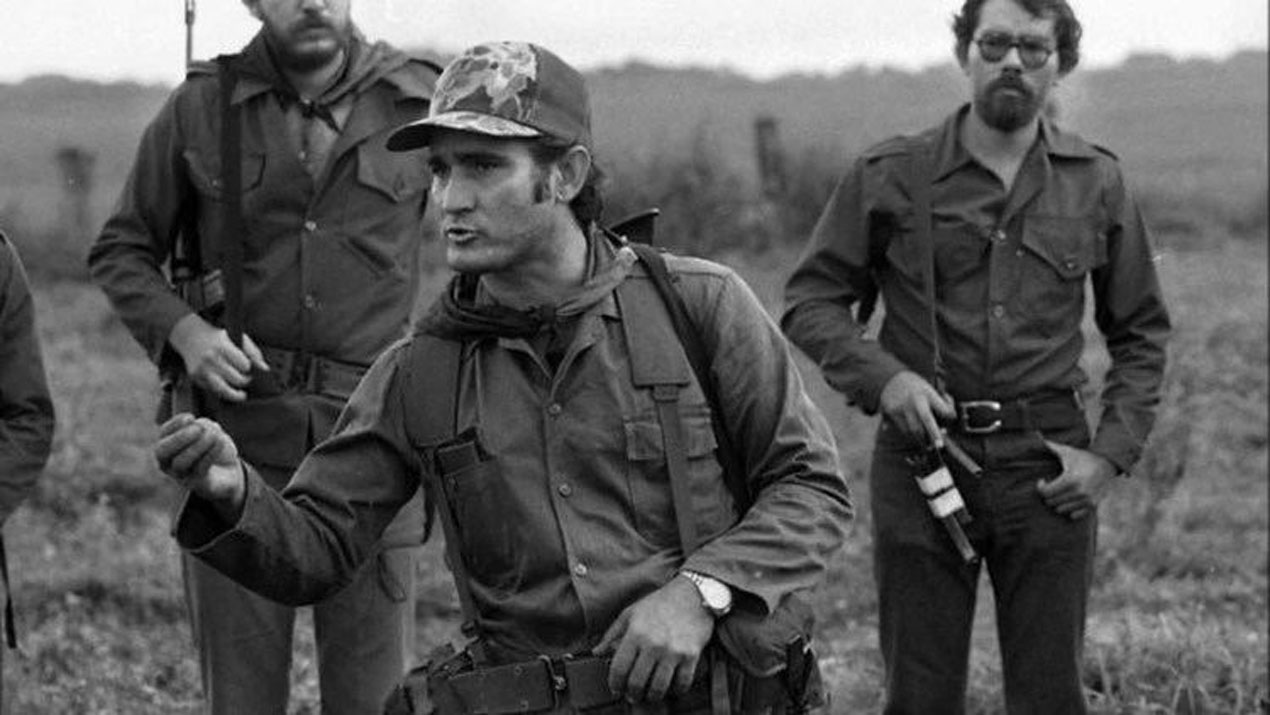 Whilst names like Wallace and Bolívar and Edén Atanacio Pastora Gómez, otherwise known as ”Commandante Cero" (Commander Zero), the leader of the Southern Front, the largest militia in southern Nicaragua, who captured the Nicaraguan Assembly before becoming vice minister of Defence upon the Sandinistas taking power, may not be surprising inclusions in a book about guerrilla warfare. However, Washington's name certainly is, as is perhaps King Ibn Saud, the founding father of modern-day Saudi Arabia.

The term 'guerrilla warfare' usually conjures up images of Che Guevara-style bearded revolutionaries waving rifles in the air and with a bandolier of ammunition slung over their shoulder. But Polack's latest book, Guerilla Warfare: Kings of Revolution released in October 2018 by Casemate Short History, challenges conventional notions of who can be classed as a guerrilla fighter and asks us to look again at the military tactics and political strategies of the 10 famous guerrillas he profiles in his book in an effort to better understand the so-called insurgents and jihadis of today.

Speaking from his home in the Cayman Islands, Polack, a former lawyer and author of various military history books, said he was inspired to write the book after researching people like Jonas Savimbi, who led the National Union for the Total Independence of Angola for a previous book he wrote about South Africa and Cuba in the Angolan Civil War. “That drove me to look at other guerrilla leaders and I thought maybe there are some lessons to be learned here.”

Having researched the military tactics, political strategies and leadership styles of so-called guerrilla fighters: from Wallace and Bolívar, to George Washington, China's Mao Zedong (Chairman Mao) and King Ibn Saud; Polack says there is a lot that current military leaders fighting  the Taliban and ISIS could learn by better understanding the tactics of these revolutionaries.

“History tends to repeat itself,” says Polack. Despite the guerrillas profiled in his book being countries, continents and even centuries apart, they share characteristics such as the drive to take up arms in their fight for political independence and liberation for their people and countries; they often came from poor, opressed or disadvantaged backgrounds;  many of them (Washington, Ibn Saud, Mao Zedong) were governments in waiting; and despite appearing to have a disadvantage in terms of their crude weaponry, they made the most of what they had and often used the element of surprise to creep up on their enemy when they least expected it.

Polack says that if the West is to win the war against a new generation of 'guerrillas' —  now called jihadists or insurgents —then they need to  look beyond traditional military tactics and strategies and gain a better understanding of the people they're fighting against. “Sophisticated military equipment may be part of the package,” he says, “but if the West wants to win the war,  tanks, planes and bombs will not be enough. You need to read the other side's history, the people you're actually fighting to try and understand their mindset.”

Perhaps the tactics used by George Washington, the founding father of the United States,  may provide some inspiration for modern-day military strategists. Although he suffered several defeats at the hands of the British, in his surprise attack against Hessian forces at Trenton on December 26 1776, which was conducted in a most “guerrilla-like manner,” Polack says Washington succeeded because he changed his mindset.

The chapter on King Ibn Saud, the founding father of modern-day Saudi Arabia, will be published in the Winter 2018/2019 edition of the magazine, which will be distributed at IDEX in Dubai in February 2019.