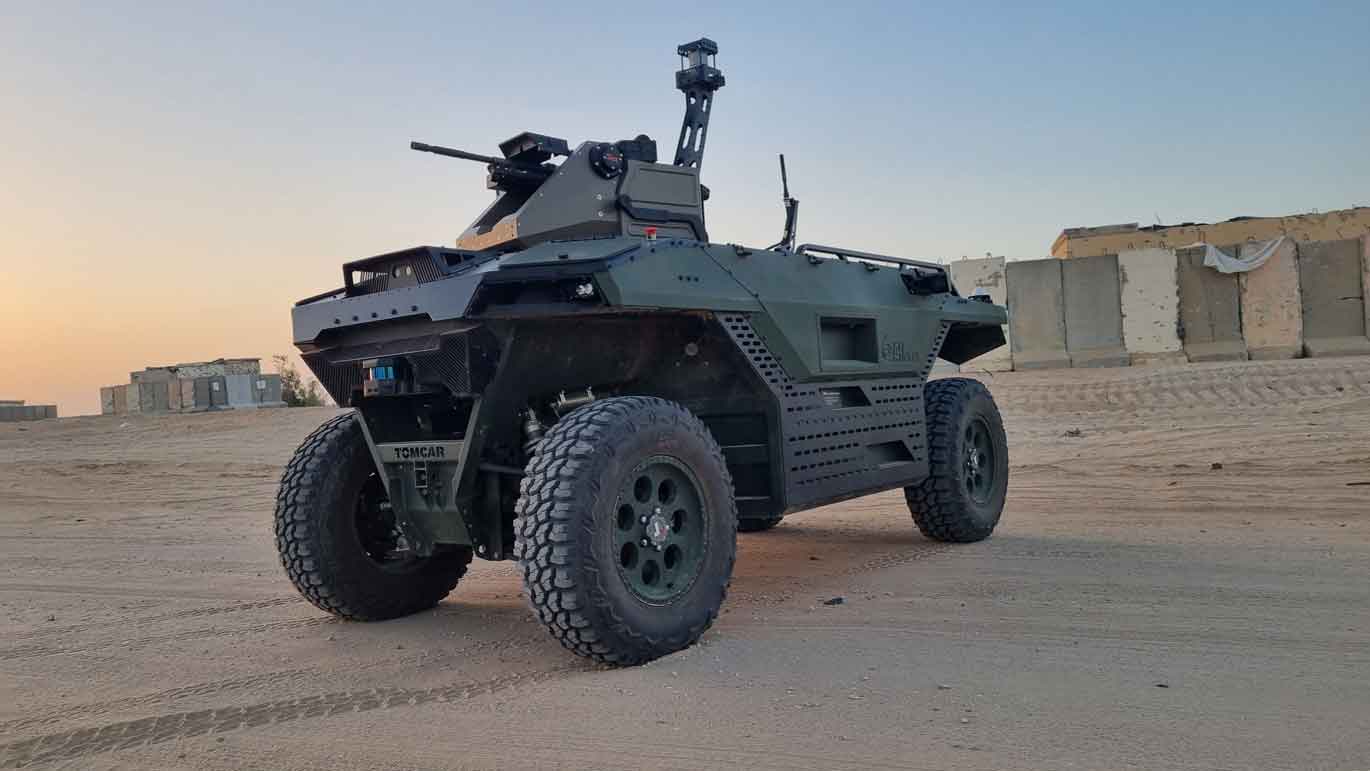 The REX MK II is an unmanned land vehicle adapted to a range of ground missions with advanced manoeuvrability and the ability to carry a load of 1.3 tons. The new hybrid electric platform, all-wheel drive, supports combat forces in gathering intelligence, providing logistical support, and can execute remote attacks.

The vehicle is land-based, autonomous with command-and-control capabilities, or can be controlled by a single operator through wireless communication. The system will be presented at the DSEI exhibition from the 14-17 September in London.

The multi-mission REX MK II is intended to support infantry ground forces in various stages of fighting. This includes providing logistical assistance to troops by carrying munition supplies, critical medical equipment, water, and food, as well as evacuating injured personnel on stretchers. The system can also gather intelligence through a situational-awareness-system that incorporates electro-optical sensors and radar. It can also conduct attacks by using remotely controlled weapons systems including a 7.62mm machine gun, a cal 0.50 heavy machine gun.

The new REX MK II joins other operational unmanned platforms developed by IAI including the Jaguar, an unmanned land platform for defending borders, gathering intelligence and carrying out attacks; the RobARC, an operational unmanned platform for uncovering and destroying ground level and subterranean explosive devices; the Robattle – a robotic operational land platform with high maneuverability, carrying out complex missions in difficult conditions, quickly and safely; the RobDozer – an unmanned bulldozer intended to carry out complex military engineering in danger zones.

Zvika Yarom, general manager of IAI's Land Division said the REX MK II is based on harnessing the company's decades-long experience with UAVs in the world of land vehicles. IAI's unmanned land platforms are in use along Israel’s borders and in different fighting units as well as in other locations around the world. “We are experiencing a rise in demand from clients for unmanned land platforms,” said Yarom.

Yarom says its systems can recognize threats, employ active and passive defence measures, and support the "sensor-to-shooter loops" in real time and in an autonomous manner (pressing the trigger by a soldier).