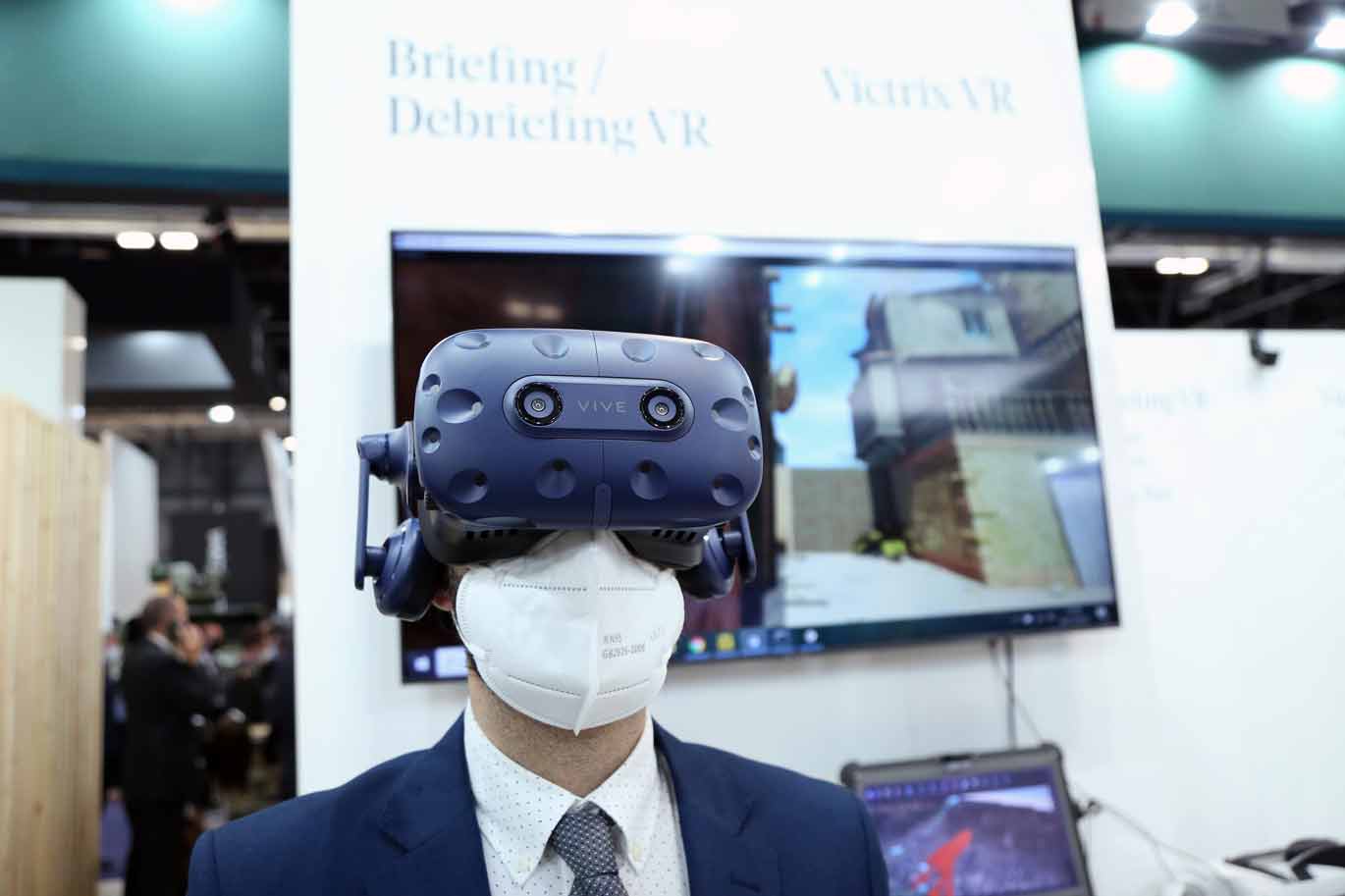 Six soldiers put on their virtual reality goggles in the simulation room. They immediately move with their own real weapon to an urban tactical scenario, which replicates the mission they are preparing for.

They’re connected to their colleagues at another base hundreds of miles away. Indra's Víctrix system allows them to share a virtual scenario and train together. Both groups advance through different streets until they meet at the agreed point to advance together, and they are able to interact with each other. “The number of rooms that can join the exercise is practically unlimited, eliminating any geographical barriers preventing the training,” an Indra spokesperson stated

Indra says its latest Víctrix VR combines the use of 3D rendering and optical positioning technologies that can locate and track objects with millimetre precision and low latency. Each soldier wears sensors on their body so that the simulator can detect their position and virtually replicate all their movements. "They can move forward, duck, take cover from snipers or signal to their comrades," the company explains.

The solution allows the operation to be repeated as many times as necessary until perfect coordination is achieved. The participating units can analyse the risks they face, study different tactics and anticipate the adversary’s potential response.

“The system is the closest thing to real training, achieving a degree of realism similar to a laser duel but with the benefits of being able to introduce all kinds of synthetic elements, such as tanks and helicopters, and configuring other parameters, such as the city in which the action takes place, the number of adversaries, the means at their disposal, the degree of resistance they offer, the time of day, the visibility and so on”, the Indra spokesman explained.

Urban warfare training scenarios are difficult to create in reality, with the level of fidelity needed in order to fully prepare soldiers for the real fight. Most urban warfare training centres were built in the Cold War and do not reflect that host of variables (fighters hiding in the civilian population, street noise, densely populated built-upareas, smells and sounds) that fighters are likely to encounter.

The instructors can review each movement to remedy any errors. The “zenithal” view provides them with complete understanding of the position of the whole group so as to improve its co-ordination.

As the soldiers complete the exercises, their progress is noted. “Preparing the soldiers of the future requires measuring their skills on an ongoing basis. No factor can be left to chance,” the spokesman stressed.

The new Víctrix constitutes a huge technological leap compared to the first version, from projecting the scenario onto a screen to generating a virtual scenario in which the soldiers can move around freely. The initial version of the Víctrix is currently installed at more than 40 military bases belonging to the Spanish Armed Forces. This experience has now enabled Indra to develop a much more advanced solution.

The Víctrix system also facilitates training adapted to each phase of instruction, taking the soldier from training in the handling of the weapon to preparation for the most demanding tactical operations.