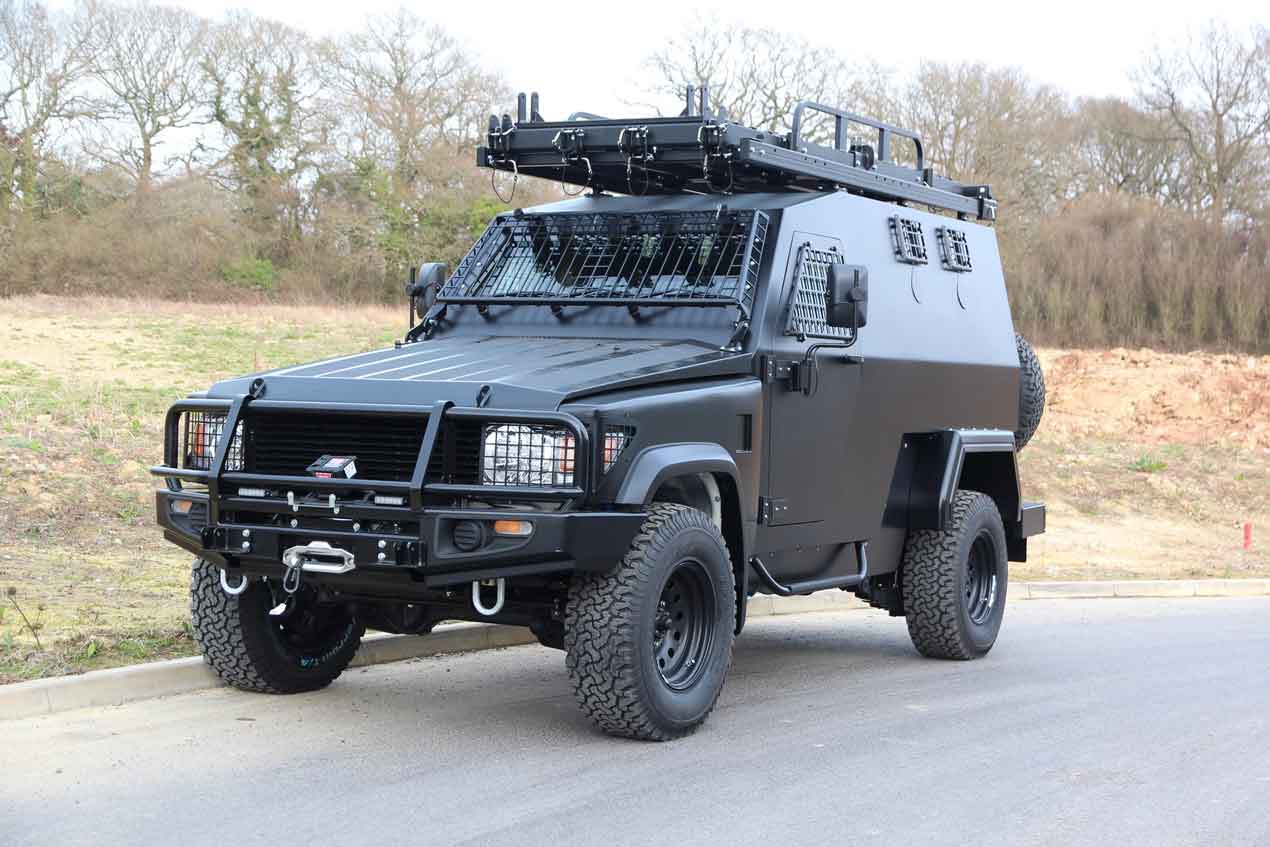 Armoured vehicle manufacturer Jankel,has announced  ‘production ready’ status for its latest  HUNTER Tactical Intervention Vehicle (TIV) in preparation for manufacture of another major order from an undisclosed customer in the Asia-Pacific region.

The latest order for the HUNTER TIV has been re-engineered to create increased internal and stowage capacity. The vehicle has also received automotive improvements to meet the exact specifications demanded by the customer, delivering versatility, manoeuvrability and protection for internal security missions.

The vehicles will be built at JLVM, Jankel’s Jordanian facility, a joint venture with KADDB. This announcement coincides with IDEX 2019 taking place 17-21 February at the Abu Dhabi National Exhibition Centre (ADNEC).

The establishment of the JLVM Joint Venture in Jordan has enabled regional manufacture of vehicles to meet  demanding environmental and capability requirements. To date, Jankel has more than 350 vehicles in service across 11 countries in the Middle East and neighbouring regions, as well as an established and comprehensive support services network that expands across 14 different regional sites.

Dan Crosby, Commercial Director at Jankel said: “The Middle and Far Eastern regions continue to be strategically important markets for Jankel. We’re proud of the fact that we can build vehicles in the region using our Jordanian facility and sell to surrounding countries and the wider-reaching markets beyond”.