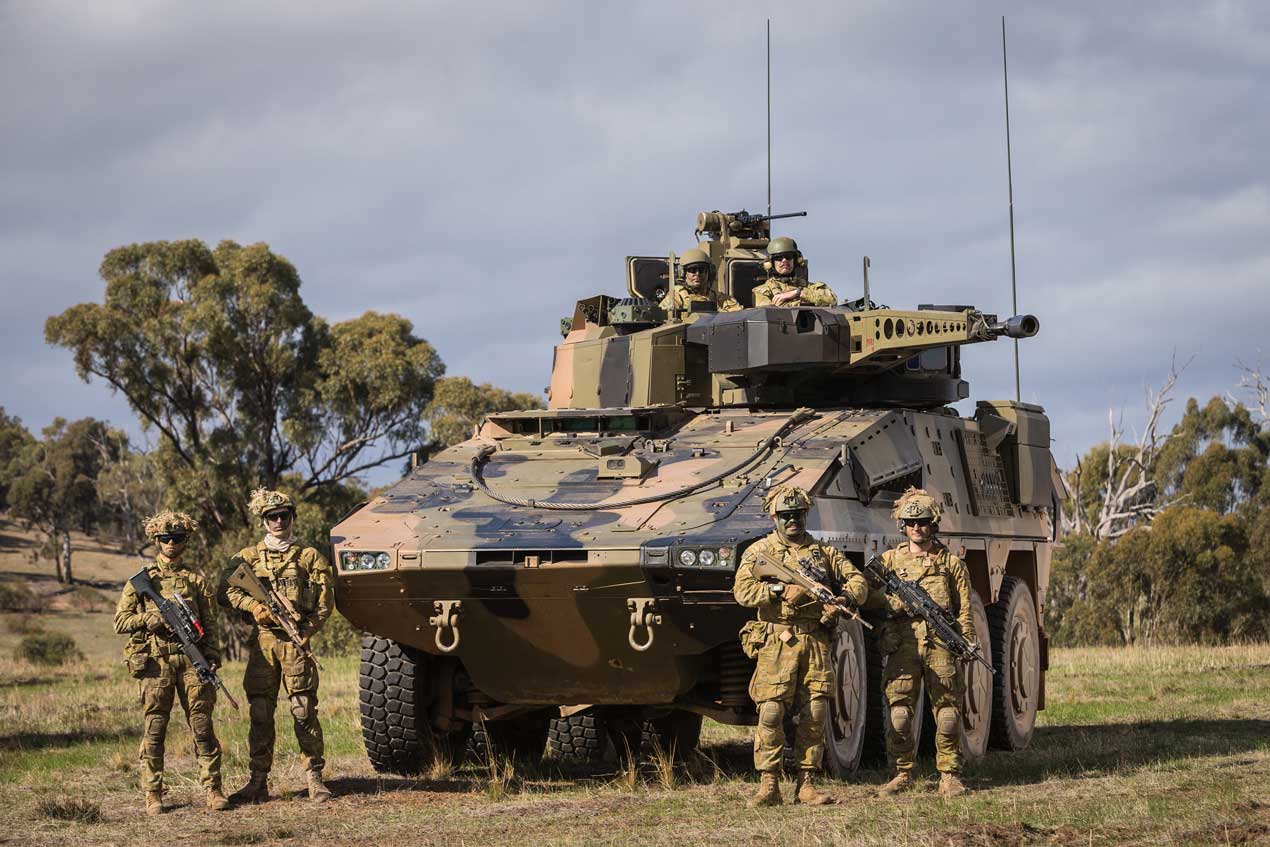 A military vehicle joint venture between Rheinmetall and BAE Systems in the United Kingdom is poised for final implementation.

On the 13 June, the UK Competition and Markets Authority (CMA) approved the military vehicle joint venture between the two companies. The new company will be known as Rheinmetall BAE Systems Land (RBSL) and will be headquartered at BAE Systems’ facility in Telford, England. Rheinmetall will purchase a 55% stake in the existing BAE Systems UK-based combat vehicles business, with BAE Systems retaining 45%.

In addition to managing and growing the existing combat vehicle support business, the intent is for the new JV to play a major role in the delivery of the British Army’s new Mechanised Infantry Vehicle (MIV) and other strategic combat vehicles programmes, including the upgrade of the Challenger 2 main battle tank fleet.

Rheinmetall also announced that it would buy back shares held by MAN Truck & Bus SE in the joint venture company Rheinmetall MAN Military Vehicles (RMMV) in order to strengthen its Tactical Vehicles business unit. The share buyback is due to take place during the second half of 2019, and will take legal effect from the 1 January 2019.

The planned partial buyback of stock held by MAN Truck & Bus SE in RMMV increases the share of the present Tactical Vehicles business unit to 100%. The two partners will continue to co-operate in the field of military trucks through their RMMV joint venture, in which Rheinmetall holds a 51% stake. The joint venture recently won major orders from Australia and the German Bundeswehr.

As co-owners of RMMV, Rheinmetall and MAN agree that the tactical wheeled vehicle business will grow more robustly under exclusive Rheinmetall management.

The Tactical Vehicles business unit is synonymous with products such as the Boxer and Fuchs/Fox wheeled armoured vehicles and the Survivor R tactical law enforcement vehicle. Rheinmetall was recently selected to supply UK Armed Forces with a large number of 8x8 Boxer armoured vehicles. Last year in Australia, Rheinmetall won a roughly €2.1 billion order for the Boxer, one of the largest single contracts in the group’s history.

The Vehicle Systems division of Rheinmetall was formed on 1 January 2016 and had annual sales last year of €1.6 billion. The division is the Düsseldorf-based Group’s centre of excellence for military vehicles ranging from unprotected and protected trucks to heavy armoured fighting vehicles. Serving markets around the globe, the Vehicle Systems division is responsible for Rheinmetall’s complete spectrum of military trucks, including the TG and HX logistic vehicles; tracked and wheeled tactical vehicles like the Fuchs/Fox, Boxer, Puma and Lynx; and turret solutions for armoured fighting vehicles – all from a single source.