Programmable ammunition, from Nammo, could protect soldiers against drone attacks. 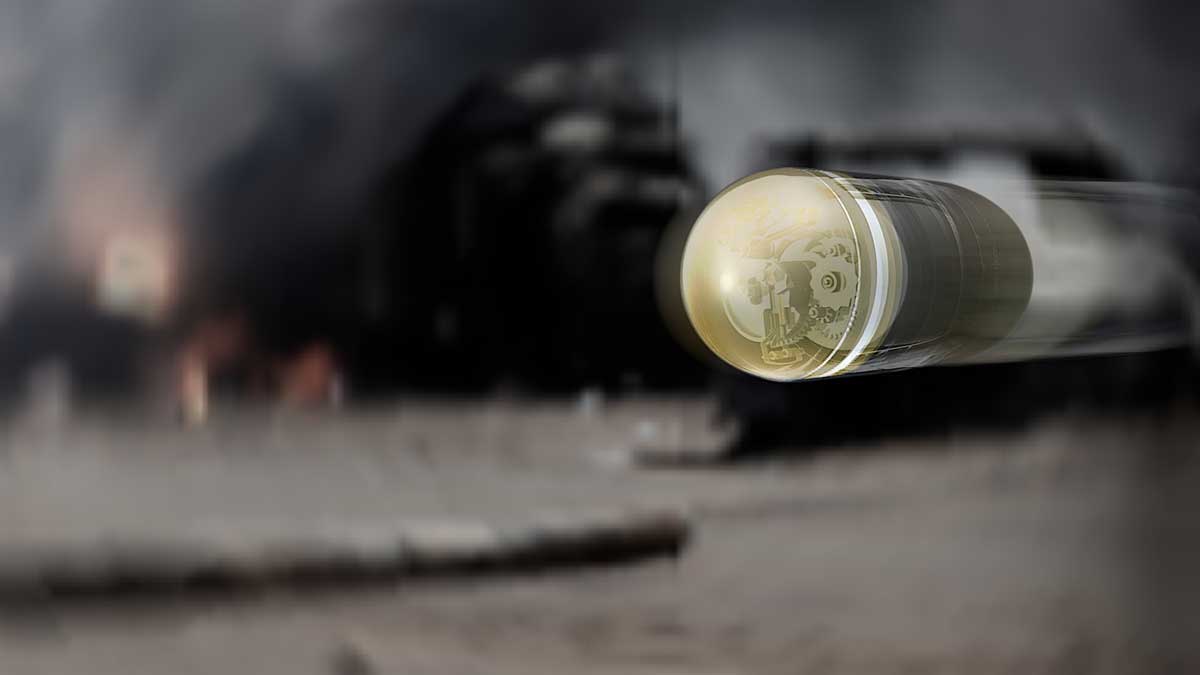 Programmable ammunition means any larger gun can fire shells that can be programmed to explode with pinpoint accuracy, either before, above or inside a target. Adaptable to several weapon platforms, including 40 mm grenade launchers, 30 mm guns, 120 mm tank ammunition and M-72 rockets, Nammo says this makes the technology ideal for dealing with different threats, including drones.

One of the challenges faced by modern war fighters is the danger of collateral damage when operating near civilian infrastructure. This makes it difficult to fire regular ammunition at small aerial targets such as drones, because if they miss, the bullet or shell will just continue and eventually hit something else, potentially causing significant unintended damage.

Nammo ays this threat is virtually eliminated with its programmable ammunition, as it will explode where intended, independent of whether it hit its target or not. In the case of smaller ammunition types, such as 40 mm grenades, these are designed to maximise their effect within a specific range from the point of detonation, with more limited effects beyond that. This means that as long as they are set to detonate sufficiently high above the ground, the fragments created by the detonation will fall harmlessly to the ground.

Additionally, given the accuracy of the ammunition, Nammo says it has a good chance of either detonating or disabling any explosives or weapons that the drone may be carrying when they hit, further reducing the danger to infrastructure or personnel below.

Another challenge is the question of space and weight, which limits the weapons and supplies that personnel and vehicles can carry. Nammo says its programmable ammunition is an upgrade to an existing weapon system, allowing it to be effective against a wide range of threats.

However, the technology was not originally developed with drones in mind. Its primary purpose was as a “counter defilade” system, able to defeat enemy forces hiding in trenches or behind cover by exploding just above, or beside them.

Alternatively, in the case of larger calibres, it can be set to penetrate a certain distance inside a target, such as a dirt wall, before detonating. The ability to take down drones, says Nammo, is therefore mainly a demonstration of the flexibility of the technology, rather than a key design requirement.

Nammo says its programmable ammunition does not require any physical changes to the gun itself, nor to its ammunition handling system.

The system architecture consists of a programming unit, and an antenna that is mounted on either the weapon or the vehicle. The distance to the target is entered in the programming unit either manually, or based on input from an automated range finder. Then, instead of programming the ammunition before it is fired, or inside the barrel, it receives its instructions just as the shell leaves the gun. This eliminates the need for upgrades to the barrel.

Nammo’s programmable ammunition in its various forms, and the remains of the drone that was shot down in the attached video, are on display at DSEI in London this week.