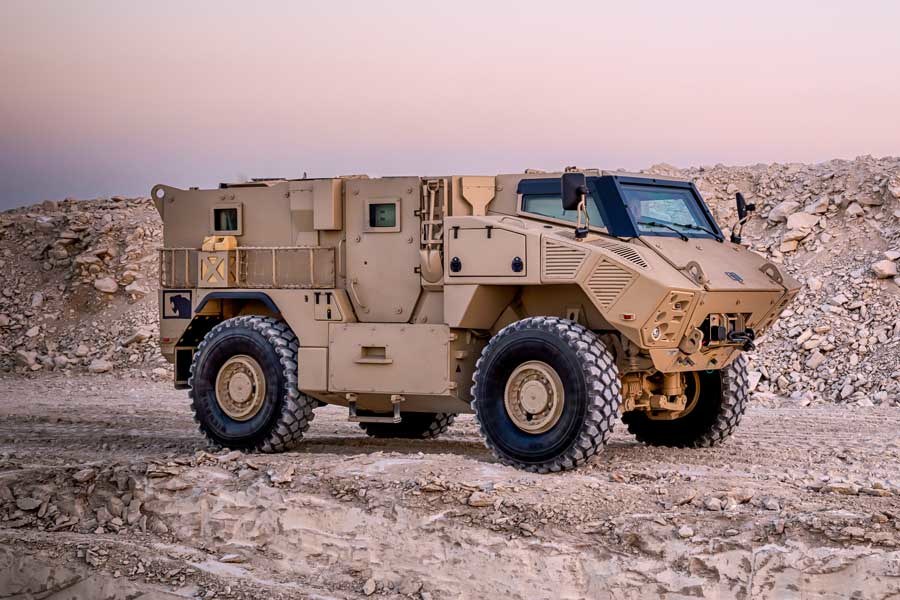 NIMR’s JAIS 4x4 vehicle, one of the most advanced armoured vehicles available in the market.

NIMR Automotive, a leading manufacturer of light and medium-weight wheeled military vehicles in the Middle East and North Africa region and based in the UAE, is participating the International Armoured Vehicles (IAV) conference in Amman, Jordan.

His address focused on the evolution of military vehicles in the context of asymmetric warfare, and the need for increased ballistic protection while maintaining the vehicle’s mobility.

Brigadier Shujae Al-Momani said, “The rise of insurgent and paramilitary groups, often non-state, has changed the nature of land conflict to one of asymmetry.  The front line and supply lines of the past have gone, and forces are now vulnerable throughout the theatre to a range of threats, including IEDs.  At NIMR we have the capabilities and expertise to develop highly advanced military hardware that can meet the constantly evolving demands of modern warfare.”

Brigadier Al-Momani has headed the establishment of Integrated Logistic Support (ILS) at NIMR. Prior to this, he served with the Royal Maintenance Corps of the Jordan Armed Forces for 29 years. During his service, Brigadier Al-Momani supported armoured vehicles in the field as part of the King Abdullah Armoured division.

His extensive knowledge gained through his work as a senior officer in the Jordan Armed Forces, and now with NIMR, has provided extensive insight into the changing nature of warfare and the increased need for advanced military hardware.

At IAV’s first conference of the year, held in London, NIMR showcased its most recent and highly capable armoured and non-armoured platforms that are tailored for harsh environments, across a diverse scope of mission requirements.

At the conference, NIMR also announced its collaboration with Czech manufacturer VOP CZ, which will enhance the company’s growth opportunities in the European market.

NIMR is a subsidiary of the Emirates Defense Industries Company.