Poland finalises agreement to buy Abrams tanks from the US

Poland agrees to buy 250 Abrams tanks in largest ever contract for the country's armed forces. 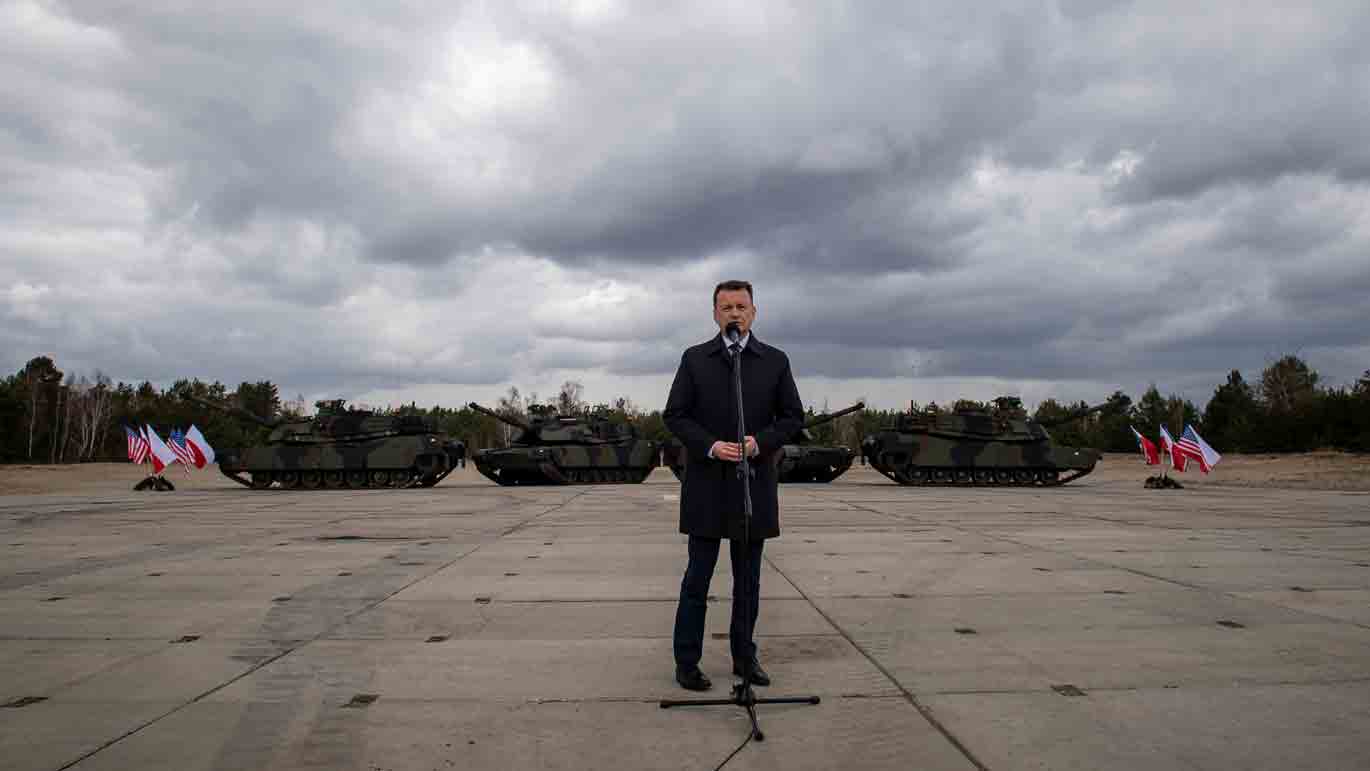 The head of Poland's Ministry of National Defence signed an agreement for the purchase of 250 Abrams tanks for the Polish Army. Mark Brzezinski, the US ambassador to Poland, participated in the signing of the agreement.

Poland has signed an $4.75 billion agreement with the US for the delivery of 250 Abrams tanks in the most modern configuration.

The agreement between the two nations was signed on the 5 April at the headquarters of the 1st Armoured Tadeusz Kościuszko Brigade in Warsaw, and is one of the largest contracts in the history of the Polish Armed Forces.

The Abrams tanks in the most modern System Enhanced Package (SEP) v3 version will be delivered to units located in the eastern part of Poland, on the Eastern flank of NATO - primarily the 18th Mechanized Division, including the 1st  Armoured Brigade. The first tanks for training will be delivered to the Polish  Land Forces later this year, and deliveries are scheduled to be completed in 2026.

The agreement provides for the purchase of the tanks with accompanying equipment, including 26 maintenance vehicles M88A2 Hercules and 17 bridges M1074 Joint Assault Bridge, as well as a training and logistics package and ammunition. Poland's decision to buy the Abrams was first announced in July last year,

"The task of these tanks, and the consequence of the fact that the Polish authorities are developing the Polish Army, is to deter a potential aggressor,” said Błaszczak. “We all are aware of what is happening beyond our eastern border. Later this year, 28 Abrams tanks from the US Army will be delivered to the Polish Army, so that the training of Polish soldiers can be launched."

Along with the third-generation Abrams M1A2 SEP v3 tanks, Poland will also receive a logistics and training package. Simulators will also be purchased. The conditions for sustainment of the tanks will be created in military maintenance workshops.

Minister Błaszczak said that finalisation of the agreement for the purchase of Abrams tanks is one of the elements of the modernisation and development of the Polish Army's potential.

"Last year we spent 2.3% of our GDP on defence which makes us among the top countries within NATO when it comes to the numbers,” Błaszczak noted. “The Polish government constantly develops the Polish Armed Forces because only a secured Poland can develop. This is why we create the new units to equip them with the most modern equipment.”

Błaszczak said the Homeland Defence Act would come into force soon which will be a foundation for the Polish Armed Forces to be increased in numbers and equipped with the most modern equipment.