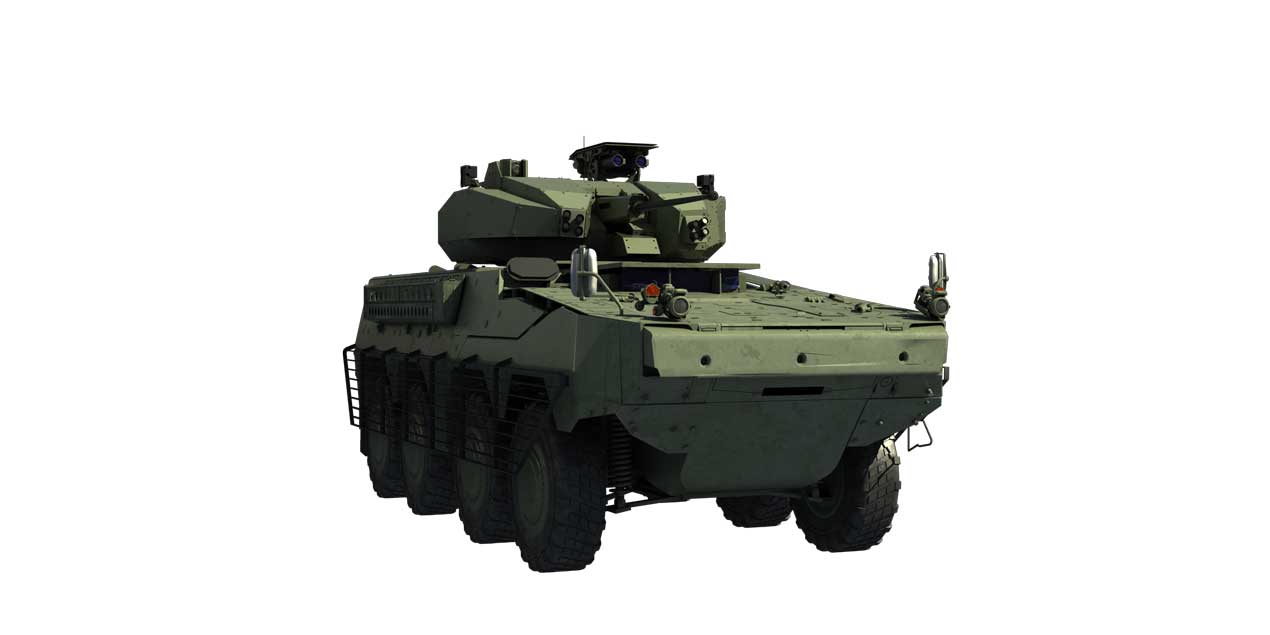 Rafael's Samson 30mm RCWS with Spike and the Trophy APS

Trophy provides combat-proven protection against anti-armour rocket and missile threats, for various types of light, medium and heavy weight platforms. It can locate and report the origin of hostile fire for immediate response. The system is in service with the Israeli Defence Forces on the Merkava Mk 3&4 tanks and on the NAMER APC with more than 600,000 operating hours. It has also recently been ordered by the US Army and Marine Corps.

With more than 5,000 Samson RCWS systems in service worldwide, Rafael says the addition of Spike and Trophy significantly contributes to the mobility, manoeuvrability, survivability and lethality of the platform, all from the same OEM.

Targeting specific land and air applications, Rafael will also exhibit the Spike family of multi-platform, multi-purpose, electro-optical missiles, with varying ranges of up to 30 km (Spike NLOS), and the fifth-generation Spike LR2, which has been ordered by a number of customers around the world. Altogether, SPIKE family systems have been sold to 33 countries, including 18 EU and NATO nations, with over 30,000 missiles already delivered and 6,000 fired in combat and in tests.

In addition, at DSEI 2019, Rafael will exhibit the Drone Dome, which is designed to provide effective airspace defence against hostile drones (micro and Nano UAVs). The Drone Dome features Sky Spotter, an advanced electro-optic sensor for real-time airspace monitoring, early detection and accurate tracking of aerial objects, including drones, aircraft and UAVs.

Drone Dome has been sold to a number of customers, including the UK Ministry of Defence.