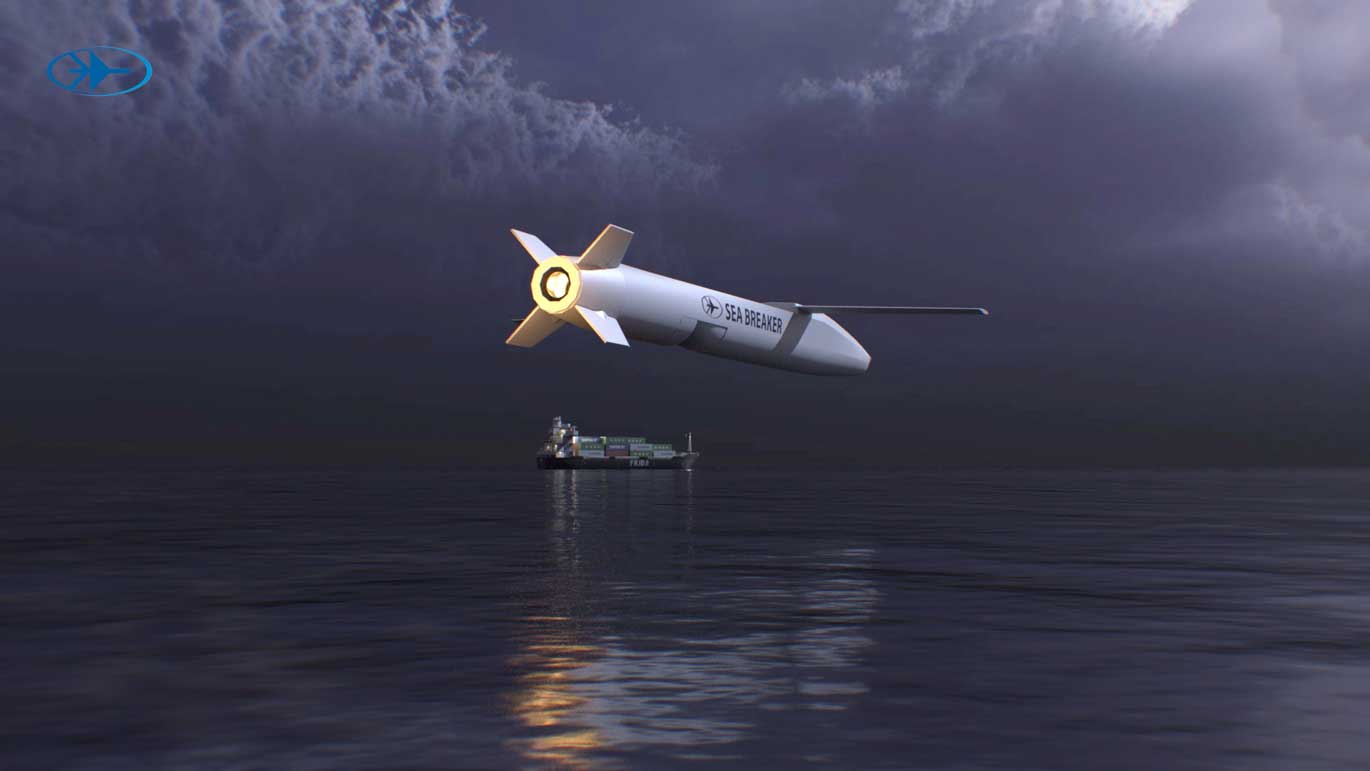 Rafael Advanced Defense Systems has unveiled a fifth-generation, autonomous long-range precision-guided missile, which can be used against a variety of high-value maritime and land targets.

According to Rafael, Sea Breaker provides surgical, pin-point precision strikes from stand-off ranges of up to 300 km. It features an advanced IIR (Imaging Infra-Red) seeker, ideal for engagement of maritime and land targets, stationary or moving,  in advanced Anti Access/Area Denial (A2/AD) arenas, and in littoral or brown water, as well as for engagements in which previous generation RF-seeker-based missiles were less effective.

Sea Breaker can be launched from naval platforms, varying in size, from fast attack missile boats, to corvettes and frigates. The land version is a central part of the shore defense, based on Rafael's highly-mobile SPYDER launchers. The battery architecture supports standalone launchers, or operation as an integrated solution, with a command and control Unit (CCU) and various sensors.

Watch the Sea Breaker in action