Two rare German tankhunters from the Second World War will be on show at Militracks 2020. 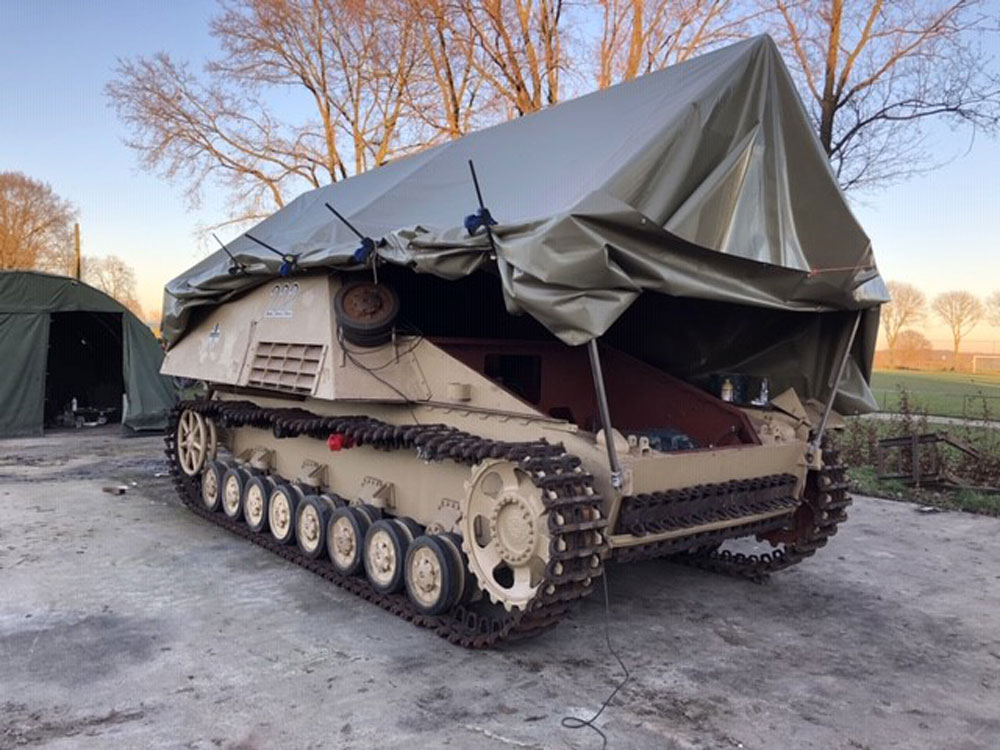 The Nashorn tankhunter was painstakingly restored to its former glory, just in time for Militracks 2020, following a fire which almost destroyed the vehicle

Calling all tank nuts. Even if you're not a tank enthusiast, the annual Militracks event at the Overloon War Museum in the Netherlands has something for everybody.

The event, which takes place from May 16-17 features some of the rarest military vehicles on the planet, including the Jagdpanther (Hunting Panther), a German tank destroyer that was fielded in the latter stages of the Second World War. The Jagdpanther will be roaring into town, alongside the extremely rare German Nashorn  (tankhunter or panzerjager), which has been restored to its former glory following a recent fire, which almost destroyed the tank.

On March 10 last year, a fire broke out at the location where the Nashorn tank was undergoing restoration. Luckily, a neighbour discovered the fire when he was walking his dog and immediately called the fire department. Thanks to his quick-thinking, the Nashorn tankhunter was able to be saved. Sadly, a lot of the spare parts, which had taken restorers many years to acquire were lost in the blaze.

Thanks to crowdfunding and the donation of spares by other military tank owners, the tank has been restored to its pre-fire glory. Before the fire, the team had spent many years rebuilding the tank. They started collecting parts for it in early 2015, and the restoration started after they located an original hull. Most parts were found near the Kaliningrad area in Russia.

The Nashorn was developed as an interim solution in 1942 to address the heavily armoured threat posed by Russian T-34 tanks. The Hornisse/Nashorn made its debut during the Battle of Kursk in 1943, where it performed considerably well. There are two Nashorns on display in military museums: one in the United States and Patriot Park military museum in Moscow. The Nashorn attending Militracks is privately owned by a collector in the Netherlands.

During the Militracks weekend, German motorcycles, passenger cars, trucks, half-tracks and tanks that were predominantly in the service of the armed forces of Nazi Germany will be on display. During the Second World War, German armoured vehicle technology was, in many cases, qualitatively better than that of the Allies.

At Militracks, the vehicles will be featured not just in static displays, but can also be driven round  the special kilometre-and-a-half trail on the museum grounds.

Entrance tickets to Militracks can be pre-ordered online. Remaining tickets will be sold at the entrance during the event. For further information, please send an email to info@militracks.nl.