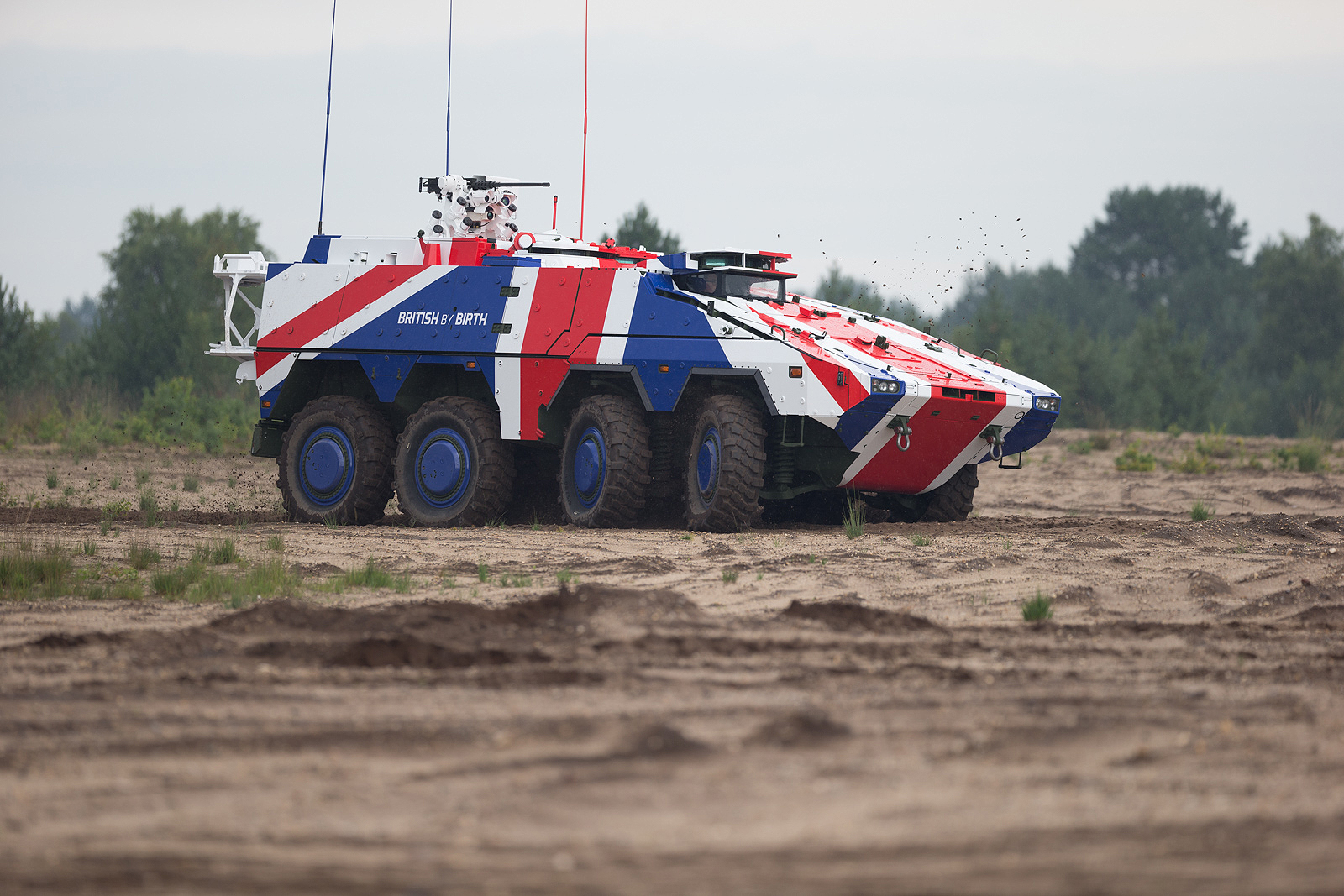 The joint venture between Rheinmetall and BAE Systems was finalised in July and is headquartered in Telford in the West Midlands. RBSL intends to play a major role in manufacturing the Boxer 8x8 for the British Army’s Mechanised Infantry Vehicle (MIV) programme and other strategic combat vehicle programmes.

It will also provide support to the British Army’s in-service tactical vehicle fleets — among them the Modular Bridging System, which is RBSL’s proposed solution to the UK for the Ministry of Defence's Project Tyro,  a future requirement to procure and support a Heavy Forces Close Support Bridging (CSB) capability for use by UK Armed Forces until at least 2040.

At the Rheinmetall stand at DSEI, a Boxer infantry group variant will be on display. Rheinmetall will also demonstrate its expertise in tactical combat vehicle upgrade programmes. On show is its demonstrator for the Challenger 2 Life Extension Project (LEP).

Rheinmetall's unmanned Mission-Master vehicle can be adapted to a wide range of applications, with the Cargo, Rescue and Protection versions to be presented at DSEI.

As a leading supplier for soldier systems, sensors, effectors, networking and C4I systems, the Düsseldorf-based specialist for security and mobility continues to widen its lead in the soldier system market with solutions like Argus New Generation and Gladius 2.0. At DSEI 2019, Rheinmetall's Lance medium-calibre turret will be networked with the Gladius soldier system. This is achieved via the cutting-edge TacNet command and control system.

The Group is allocating considerable space to its force protection solutions, which range from hard ballistic inserts for bullet-resistant vests to state-of-the-art stand-off active protection systems for armoured vehicles. For the first time in Europe, Rheinmetall is showcasing its Hybrid Protection Module. Combining active and passive protection technology, it can be integrated into vehicles.

Rheinmetall’s comprehensive expertise in the air defence domain will also be on show at DSEI 2019, embodied in its innovative Skynex system. The Skynex configuration on display at London features the remotely operated, network-capable Oerlikon Revolver Gun Mk3 bolstered by a Sentinel interceptor drone.

Its Osiris software for command and staff training and operational research as well as its new “Total Ship Training” system, an integrated simulation-based approach for training entire ships’ crews ashore, will also be on display.

For the latest news and features on Land Systems, click here.