With a population of some 240 million, Indonesia is one of the world’s largest democracies. As a member of ASEAN and the G20 group of major economies, the country plays an increasingly important role as a regional power and source of stability in Southeast Asia. This is why Indonesia is currently modernizing its armed forces. The presence of Düsseldorf, Germany-based Rheinmetall – already a significant supplier of land systems to the Indonesian armed forces – at the Indo Defence Expo & Forum from 2-5 November 2016 in Jakarta underscores once again the Group’s commitment to the Republic of Indonesia. 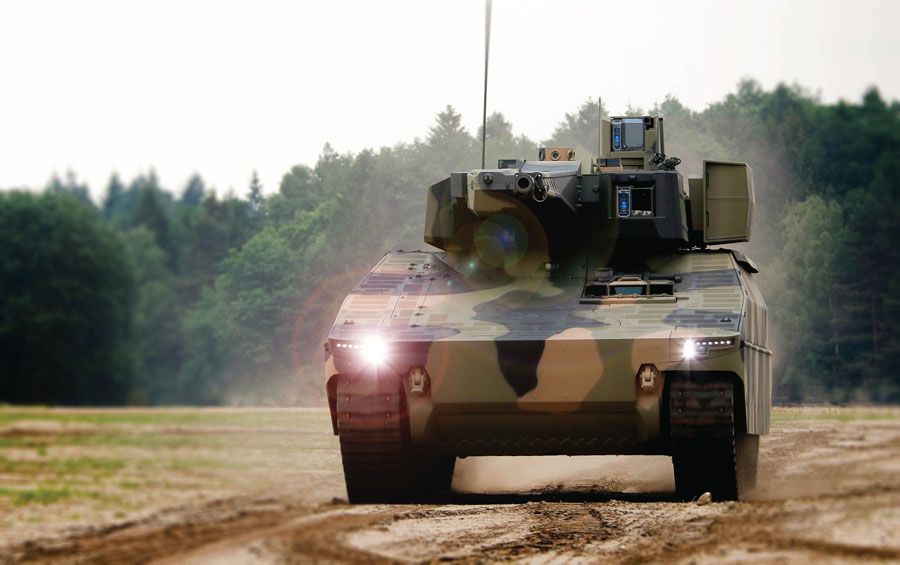 Wheeled and tracked armoured vehicles form a longstanding core competency of the Rheinmetall Group, whose comprehensive expertise here ranges from the development of new vehicles – like the new Lynx family unveiled at Eurosatory 2016 – to modernization and combat improvement programmes. At Indo Defence 2016, Rheinmetall is showcasing a demonstrator of a 105mm medium battle tank. The vehicle is based on the combat-proven Marder 1 chassis already fielded by the Indonesian Army, equipped with a modern Hitfact II turret from Oto Melara (now Leonardo). Moreover, Rheinmetall is currently carrying out a combat performance upgrade of the Leopard 2 A4 main battle tank on behalf of the Indonesian armed forces. Depending on which of the two different versions of the tank – the Leopard 2A4+ or Leopard 2 RI (Republic of Indonesia) – the modernization programme includes a climate control system (2A4+ and RI), improved ballistic protection, conversion from a hydraulic to an electric turret drive, an auxiliary power unit, and installation of a reversing camera (RI). In addition, Rheinmetall is also enhancing the 120mm smoothbore gun in the RI configuration with a programming kit that will enable it to fire Rheinmetall’s new programmable DM11 multipurpose round. 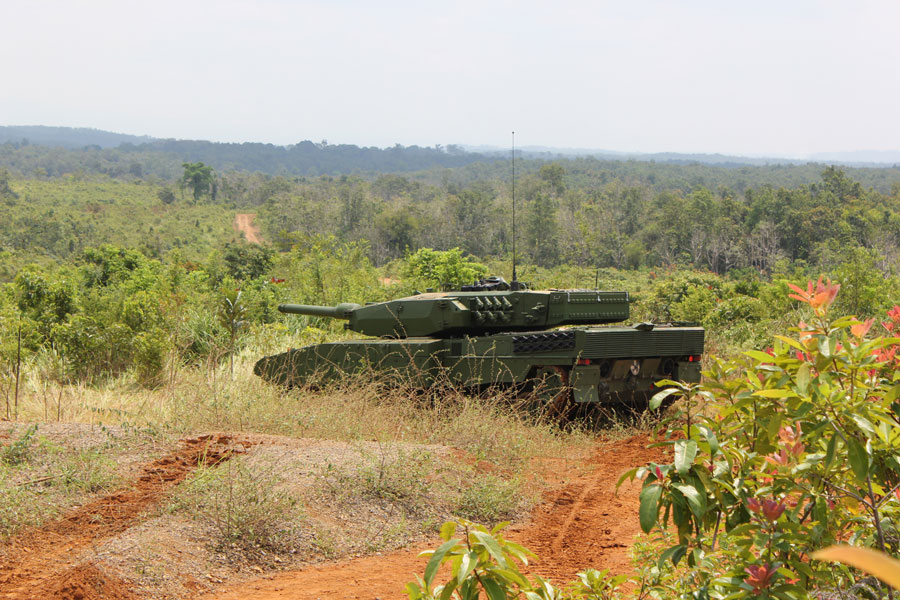 Another focal point is Rheinmetall’s role as the world’s foremost maker of cannon-based air defence systems. On show in Jakarta is the new network-capable Rheinmetall Oerlikon Revolver Gun Mk 2, which features Ahead technology and with programmable airburst ammunition. The Group is also presenting its battle management system and X-TAR3D radar.

Worldwide, Rheinmetall remains on the cutting edge in the soldier systems domain, supplying customers with solutions tailored to meet their specific operational and tactical needs. Visitors to Indo Defence 2016 can learn at first hand about Gladius and Argus at the Rheinmetall stand.
Solutions for public security, border controls and for protecting critical infrastructure such as the Integrated Surveillance System round out the array of Rheinmetall products on display at Indo Defence 2016, as do the Group’s comprehensive weapon and ammunition expertise, with the spectrum extending from small-calibre solutions to high-energy lasers and high-performance sensors.