Schwer, who was chairman and president of Rheinmetall International and CEO of its Combat Systems Division brings a wealth of industry experience, insight and a deep understanding in setting-up and managing international defence and aerospace companies.

Schwer will be responsible for the management of SAMI’s operational business, focusing on the achievement of key milestones defined by the SAMI Board’s approved business strategy. Prior to joining Rheinmetall, he held various executive management positions within Airbus Group. He is expected to start work, as SAMI’s CEO, at the end of this year. 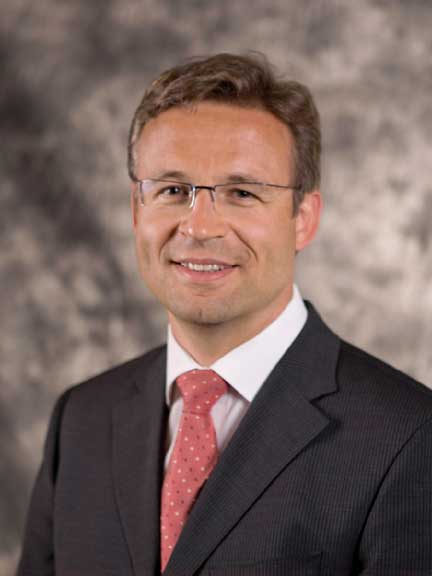 “I am proud and delighted to join SAMI at this important stage of the company’s development, as we look to drive forward the kingdom’s defence industry and deliver world-class defence products and services,” Schwer stated. “SAMI has a clearly defined strategy and business targets, including to become a top 25 global defence company by 2030, and I look forward to working with the Board of Directors to realize these goals.”

Schwer’s immediate priorities include the selection of a senior management team, drawing from an extensive pool of accomplished professionals, progressing the Memorandum of Understanding (MOU) full partnership agreements that SAMI has signed with Boeing, Lockheed Martin, Raytheon and General Dynamics, as well as Russian state-owned ROSOBORONEXPORT, to support the growth and development of its four business units: Air Systems, Land Systems, Weapons and Missiles and Defence Electronics; and seeking new partnerships.

SAMI also announced the formation of its Board of Directors, which will be chaired by His Excellency, Ahmed Al Khateeb, who has worked within Saudi Arabia’s Ministry of Defense as an Advisor at the General Secretariat of the Council of Ministers and to his HRH Minister of Defense, as well as serving as chairman of the kingdom’s Armament and Contracts Review Committee.

“It is an honour to lead Saudi Arabia’s new national military industries company, a key component of the economic diversification agenda under Vision 2030,” stated Al Khateeb. “The commitment to be the major contributor in ensuring 50% of the kingdom’s military procurement spending is localised by 2030—which means more high quality jobs for Saudis—is evidenced by the breadth of expertise and cross-government representation on our Board of Directors.”

Currently, Saudi Arabia is the world’s second largest importer of weapons with a 7% global market share behind India (14%), according to the Stockholm International Peace Research Institute (SIPRI).

The UK and the US are the principal arms suppliers to Saudi Arabia, but the establishment of SAMI is an attempt by the kingdom to reduce its dependence on foreign military sales, which have come under harsher scrutiny recently due to the kingdom’s military operations in Yemen, where weapons supplied by foreign countries have been implicated in civilian deaths and casualties.