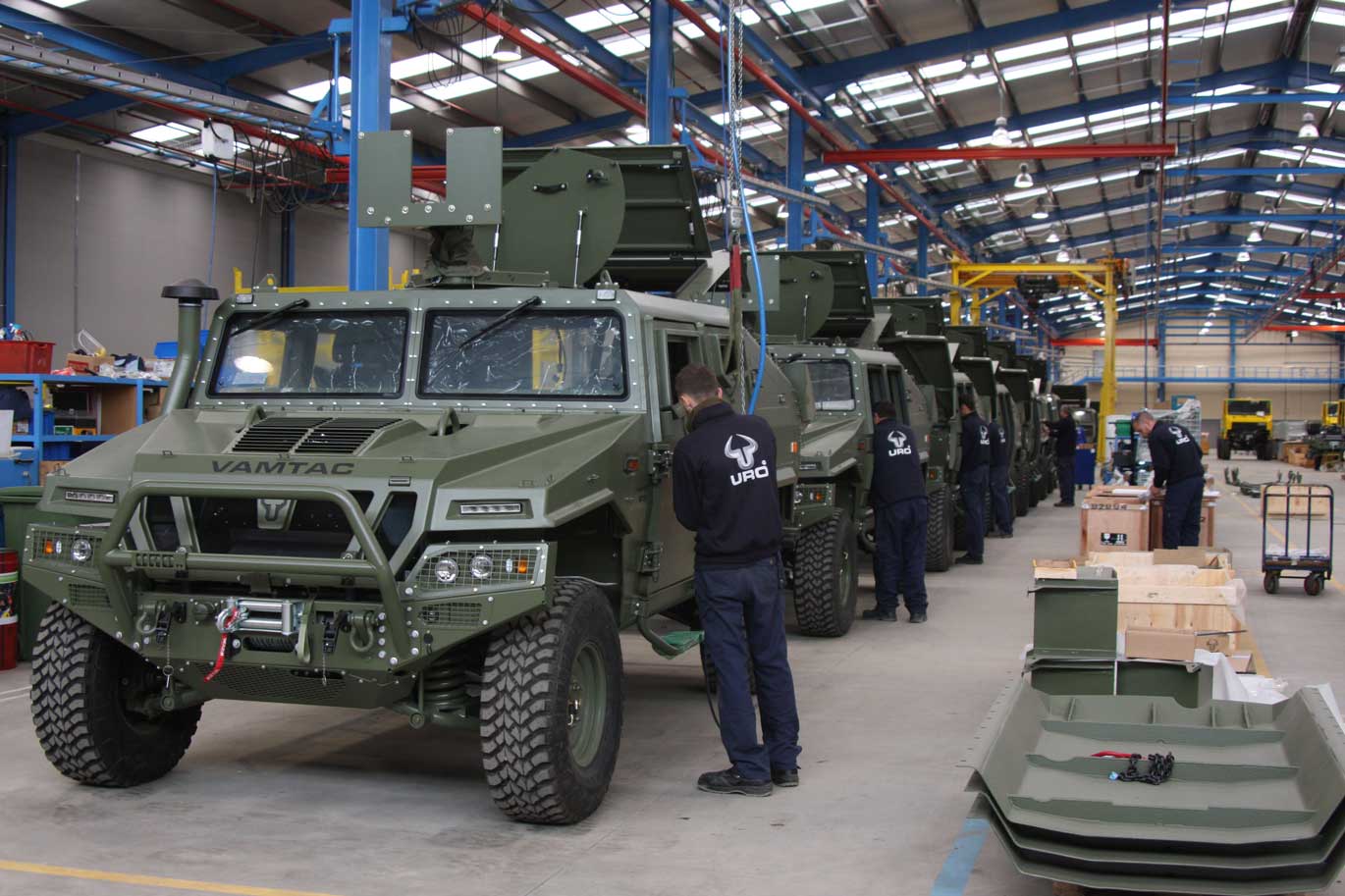 The Spanish Ministry of Defence has placed an order for more than 600 VAMTAC ST5 high mobility tactical vehicles, to be delivered between 2020 and 2025. This versatile modular vehicle is designed to withstand the toughest working conditions, combining excellent mobility with a high payload.

The contract for 663 vehicles was awarded to UROVESA, a provider of special off-road vehicles for civil and defence missions. All of the vehicles will be fitted with Allison 1000 SeriesTM  automatic transmissions.

The VAMTACs will be supplied in three different configurations:

VAMTACs incorporate all features required for defence use: an all-wheel drive system, which enables the vehicle to move at full load on a single wheel without losing traction; the possibility of being parachuted from low altitudes and carried by helicopter as an external load; compatibility with kerosene-derived aviation fuel; and a driver-activated central tyre inflation system.

“Allison Transmission made a significant contribution to our submission to the Spanish Ministry of Defence, providing technical expertise in the process of fine-tuning the prototypes,   integrating and validating them with the engine chosen by our company,” said Justo Sierra, president and CEO at UROVESA.

UROVESA will supply these multipurpose vehicles to the Spanish Army, Air Force and Navy. Other armed forces and security forces, such as the civil guard, may also make use of the vehicles. “The goal is for all our armed forces to use the same equipment. This enables optimisation of logistical resources, training, maintenance and spare parts,” said Sierra. “Moreover, the VAMTAC can be configured for up to 20 different applications, including ambulances, personnel carriers, mobile command vehicles and missile carriers.”

In these difficult times, arising from the COVID-19 pandemic, UROVESA vehicles have played a major role in helping the Spanish Armed Forces to disinfect care homes and other institutional buildings, and in supervising the security of critical infrastructures.

Allison’s official distributor in Spain, Transdiesel, played a key role in advising UROVESA on the selection of the most suitable transmission and accessories and carried out the onsite vehicle application and performance studies. In addition, Transdiesel supplied parts, parameterised the electronic controls in accordance with vehicle usage requirements and carried out a review of installations.

“The ease of use and acceleration afforded by these transmissions, which would not be possible with manual transmissions, enables vehicles to climb grades of over 45 degrees, so greater than 100%,” said Jérôme Zanon, CEO at Transdiesel. “Allison fully automatic transmissions are widely used for defence applications.”