Electric all-terrain Quad bike with a range of over 150km makes its debut at DSEI 2021. 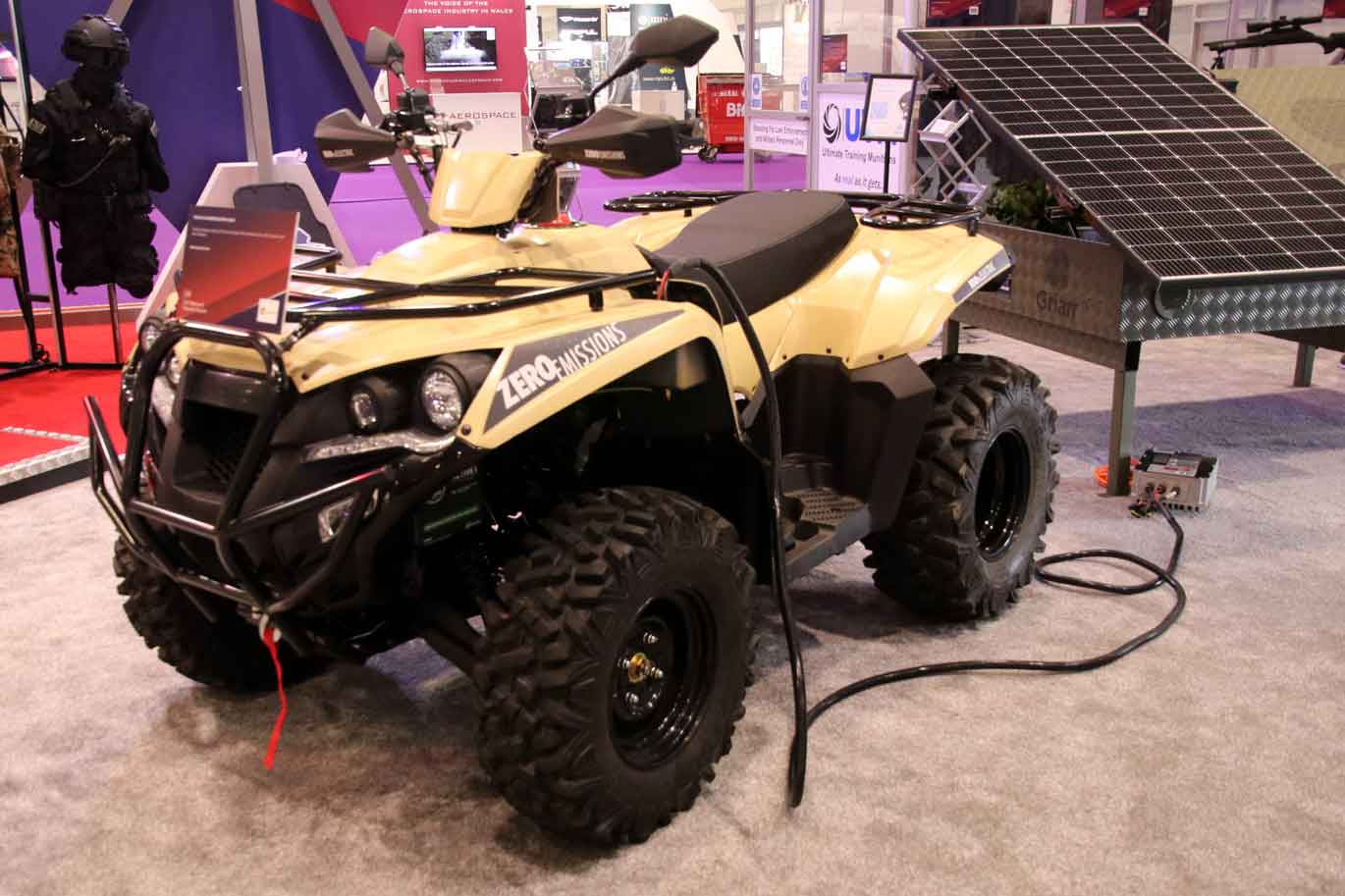 The first electric all-terrain Quad bike will be launched at DSEI 2021 by all-terrain vehicle specialists - Supacat, developer of the `Jackal` and Eco Charger.

The E-ATV (Electric-All Terrain Vehicle), `Vizsla`, is based on Eco Charger’s latest top of the range Lithium Prestige 4WD Quad “workhorse,”which is capable of speeds up to 65 kmph. The two UK companies collaborated to modify the E-ATV for military operations including achieving a range extension to over 150km, which they say is unmatched by other E-ATVs.

The military E-ATV follows on from Supacat’s work with Exeter University on the Electric All-Terrain Military Platform (ATMP) and on a hybrid drive version of its `Jackal` vehicle for the UK MoD working with NP Aerospace and Magtec under the Protected Mobility Engineering & Technical Support (PMETS) programme.

`Vizsla` equals the performance of fossil fuels ATVs and opens up new tactical options for using Quads on operations.  A low acoustic signature below 70dB and zero EMC emission means less chance of detection, allowing soldiers to operate closer and faster in and out of enemy positions.

The large onboard battery capacity makes it possible to charge personal equipment, such as sights and radios. `Vizsla` also benefits from Eco Charger’s unique hot-swap battery system; this enables the payload to be varied to optimize the balance between range and payload for individual missions.

Supacat is the Prime Contractor into Defence and provides support with spares, repairs, training and post design services.  Eco charger will supply the systems from its Weston-Super-Mare facility to Supacat for assembly at its Devon facility.  Their collaboration has grown out of a five-year relationship of Supacat’s parent, SC Group, representing Eco Charger’s products in Australia and New Zealand.

Russell Crisp, Chairman, Eco Charger, said, “After several years of discussion, development and testing we are delighted to be launching a truly world class E-ATV into the defence marketplace with Supacat”.

Phil Applegarth, Director of Supacat, said, “Vizsla meets the aims of the British Army and of other armed forces in moving towards a non-hydrocarbon future and fits perfectly with Supacat’s current and future strategy”.