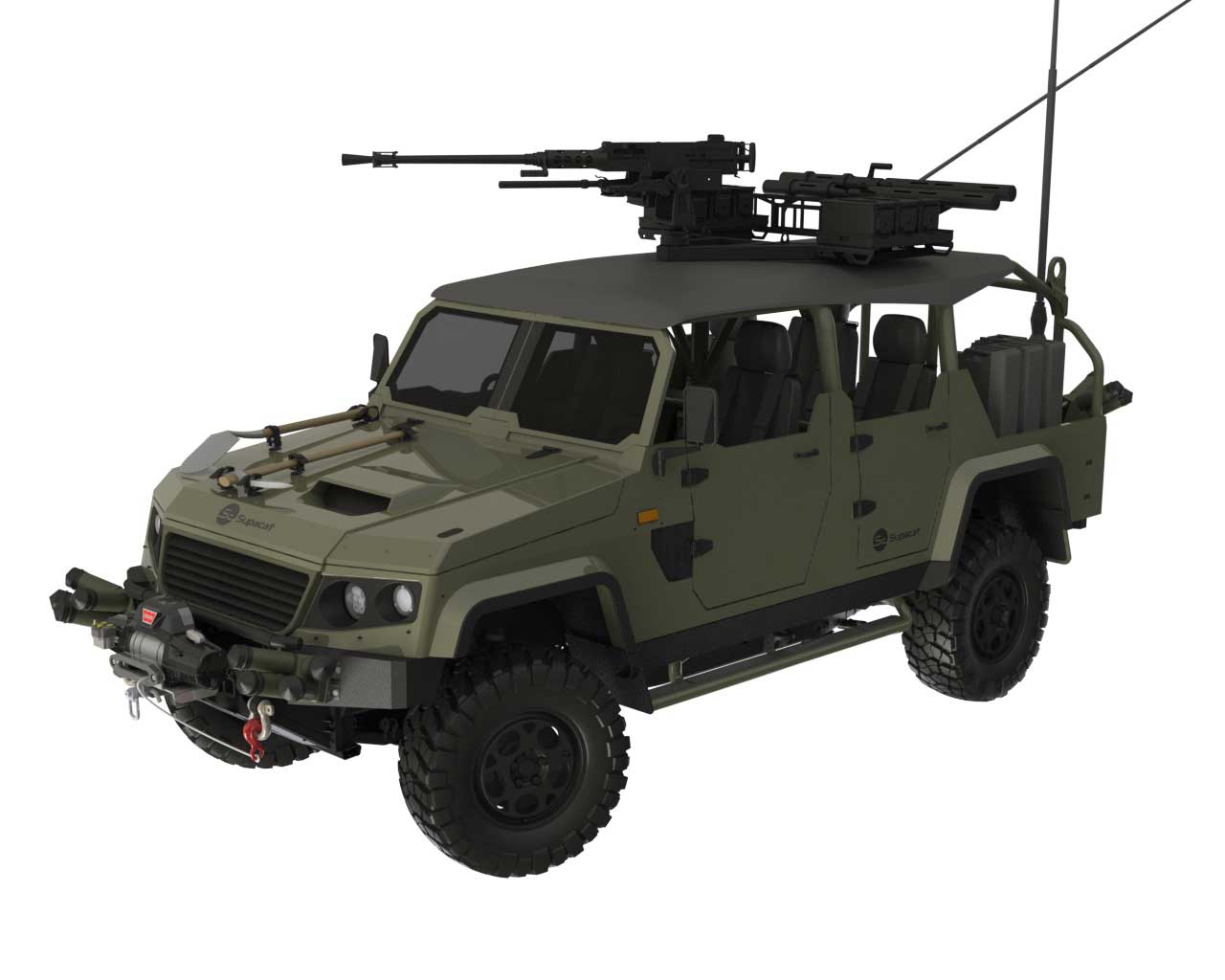 Supacat will showcase its Light Role Vehicle (LRV) at DSEI 2019 from September 10–13 in London. The vehicle is multi-terrain and offers a genuine 'fly/drive' tactical capability utilising current in-service aviation assets for rapid intervention operations, while maintaining an excellent payload capacity.

Building on Supacat’s experience in building mobility vehicles, the LRV is designed to deliver exceptional off-road performance, which lowers user fatigue, reduces the cognitive burden and enables the operator to arrive at their objective 'fit to fight'.

Ongoing design work has seen the LRV upgraded with a new engine and chassis to provide an optimised mix of bespoke and COTS components.  This delivers an extended platform life with ease of supportability and standardisation across the LRV variants in order to minimise the through life cost and training burden. The design approach also considers ease of manufacture and maintenance.

The Supacat LRV platform is highly modular and offers a range of configuration options to suit a variety of environmental conditions, threat levels and crew requirements. All variants use a common chassis and driveline, with customers able to specify modular elements of the vehicle such as open or closed cabs, seating layout, load platform and weapon systems.

The LRV is also convertible between 6x6 and 4x4, offering users the flexibility to reconfigure the vehicle to meet different operational requirements within hours by the addition or removal of a third-axle module.

The LRV is ITAR free and can be supported via Supacat’s globally available spares network. The vehicle has been developed with a common user interface to its Supacat HMT `Jackal` to maximise interoperability and minimise training.

Supacat will also demonstrate the most advanced version of its HMT Extenda Mk2 Special Forces Vehicle for the first time at DSEI 2019.  This latest variant offers a step change in capability and payload capacity with an enhanced suspension system enabling gross vehicle weight to increase to 12,000kg from 10,500kg. Crew seating has also been increased from four to six.

The Extenda is a variant of Supacat’s successful HMT (High Mobility Transporter) platform, which is operated by Special Forces around the world.  The Norwegian Armed Forces are the first customer for the upgraded HMT Extenda Mk2.

Supacat has undertaken a rigorous and extensive programme of trials to verify and validate the performance of the system.  As well as reliability and durability trialling at the Supacat test facility, the vehicle has successfully completed a 12,500 km tour of Australia in order to confirm reliability and performance over long distances.