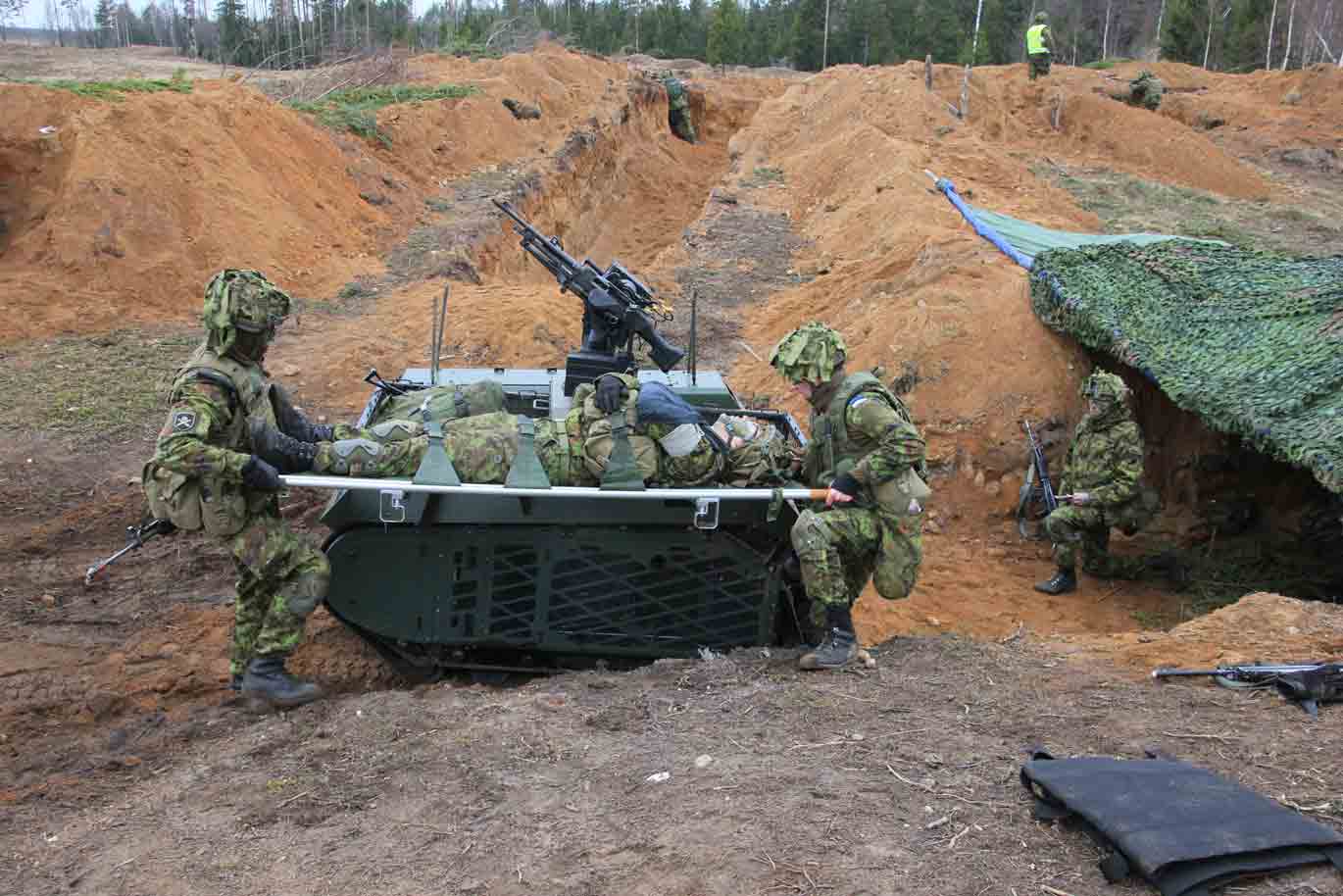 “We found several benefits from including UGVs into our battle scenario,” said Lt. Mari-Li Kapp, Commander of operations and training section (S3) in the EDF's Artillery Battalion.

“As a part of the reconnaissance force that prepares the arrival of the main unit, the UGVs could secure the indirect fire and anti-tank teams by providing direct fire support during an engagement and whilst some units are withdrawing. UGVs could also act as front guards all by themselves since they can provide situational awareness and act as forward observers for indirect fire,” she added.

The THeMIS Combat was tasked with supporting an advance force that consisted of an anti-tank weapons team and a forward observer’s team.

The main task of the UGV was to provide covering fire and support the retreat of the two teams to main positions as well as transporting their anti-tank weapons. At the main battle position the UGV was used for casualty evacuation.

The THeMIS Observe provided overwatch and enhanced the battalion’s situational awareness. The use of a tethered attachment to the THeMIS UGV provides tactical units with 24 hours of constant observation of the operational area that is essential in the situational awareness prospective as well as peace time live-fire safety perspective.

“Taking part in the live-fire exercise of the Artillery Battalion was a great opportunity for us to validate our new infantry support UGV with end users in an actual combat scenario,” said Jüri Pajuste, Director of Defence Research at Milrem Robotics. “The THeMIS Combat Support as well as other unmanned ground systems will enhance various combat capabilities and help reduce loss of life during combat operations,” Pajuste added.

A video of the exercise shows the THeMIS UGV traversing rocky terrain before launching a tethered UAV which observes a suspicious white van off in the distance, which appears to be abandoned. The armed UGV, which also contains a stretcher for CASEVAC, provides fire support alongside the EDF's Artilery Battalion

Watch the THeMIS UGV in the manned-unmanned live-fire exercise

Estonian Defence Forces have also used their fight against Islamic extremists in Mali, the Sahel regional of Subsaharan Africa, as a testbed for the TheMIS.

In addition to carrying water, food, ammunition and other equipment, the EDF said the TheMIS UGV could also support units with observational and casualty evacuation capabilities.

The TheMIS can provide fire support if armed with a 12.7 mm heavy machine gun or Javelin missile. It can be transported by a Chinook or towed by an APC or infantry fighting vehicle.

During its deployment to Mali, the THeMIS traversed 1,200 km of terrain comprising lava rock soil and withstood temperatures of up to 50 degrees Celsius in the shade. The UGV was operational for more than 330 hours.

UGVs in Battle: Not a Question Of If, But When 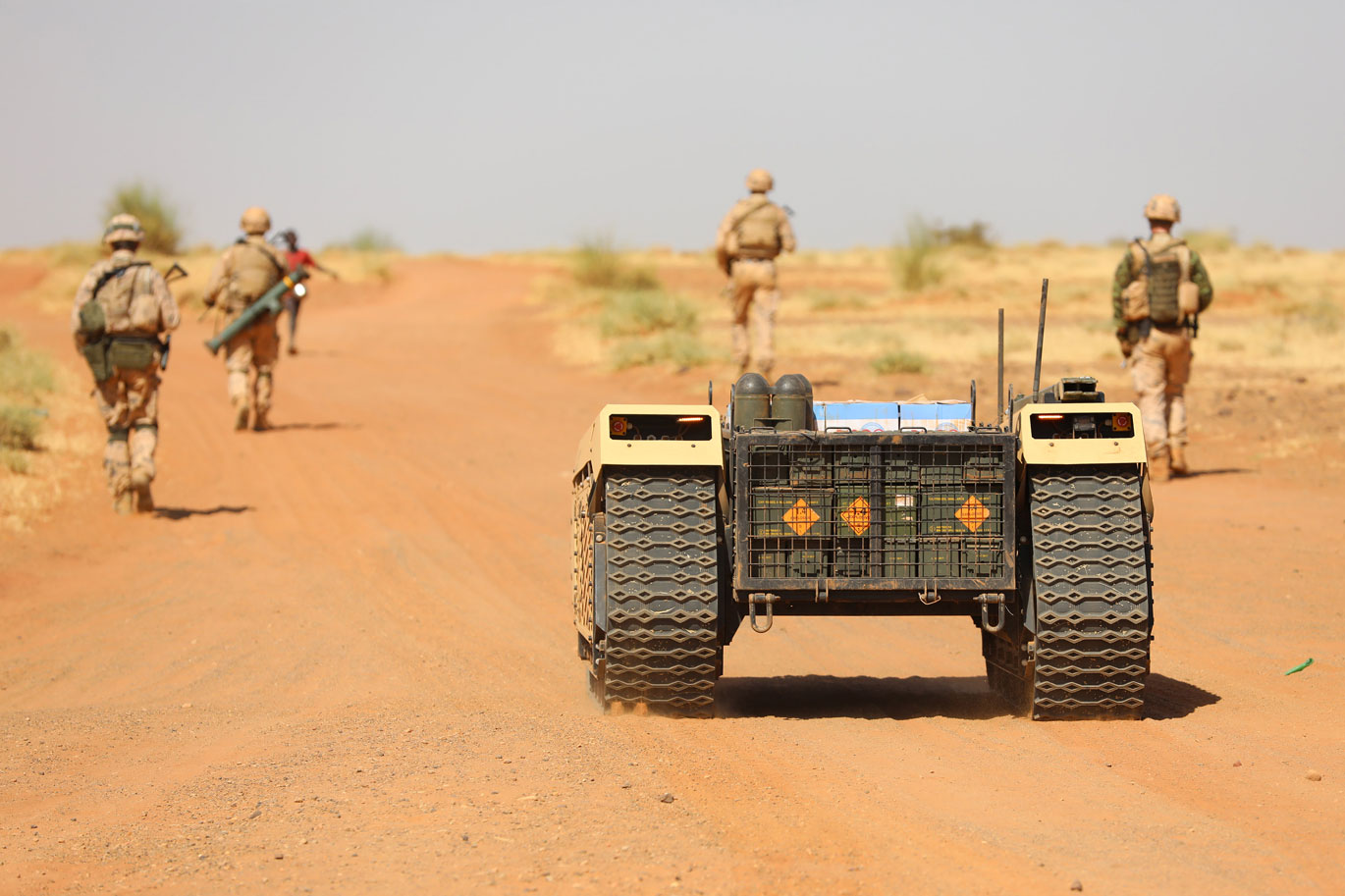 vehicles to aid soldiers on the battlefield. 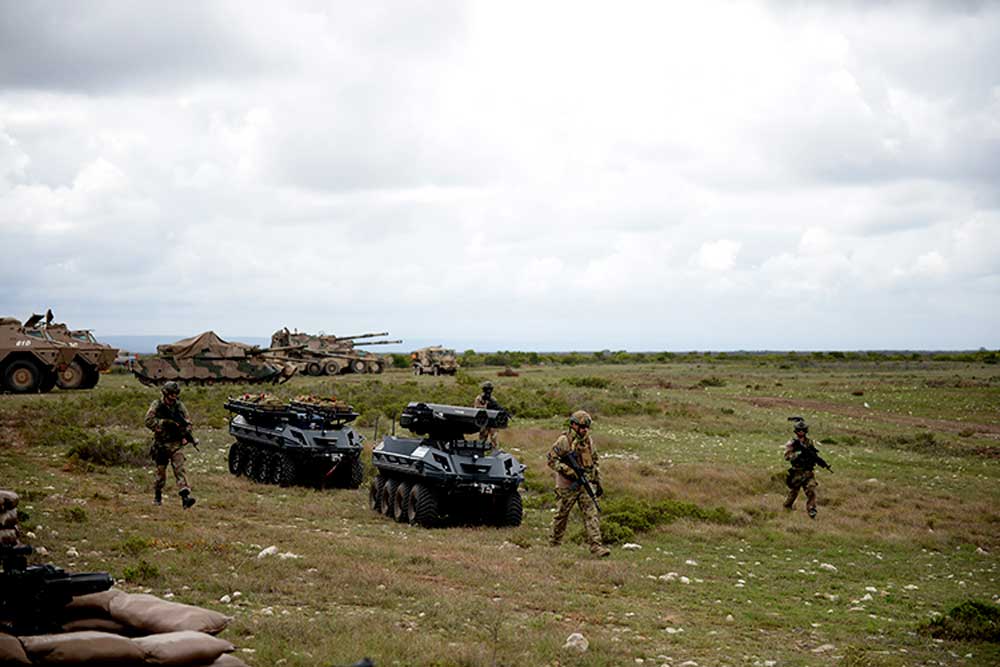