The UK marks return to Boxer vehicle programme with a £2.3 billion order for more than 500 vehicles. 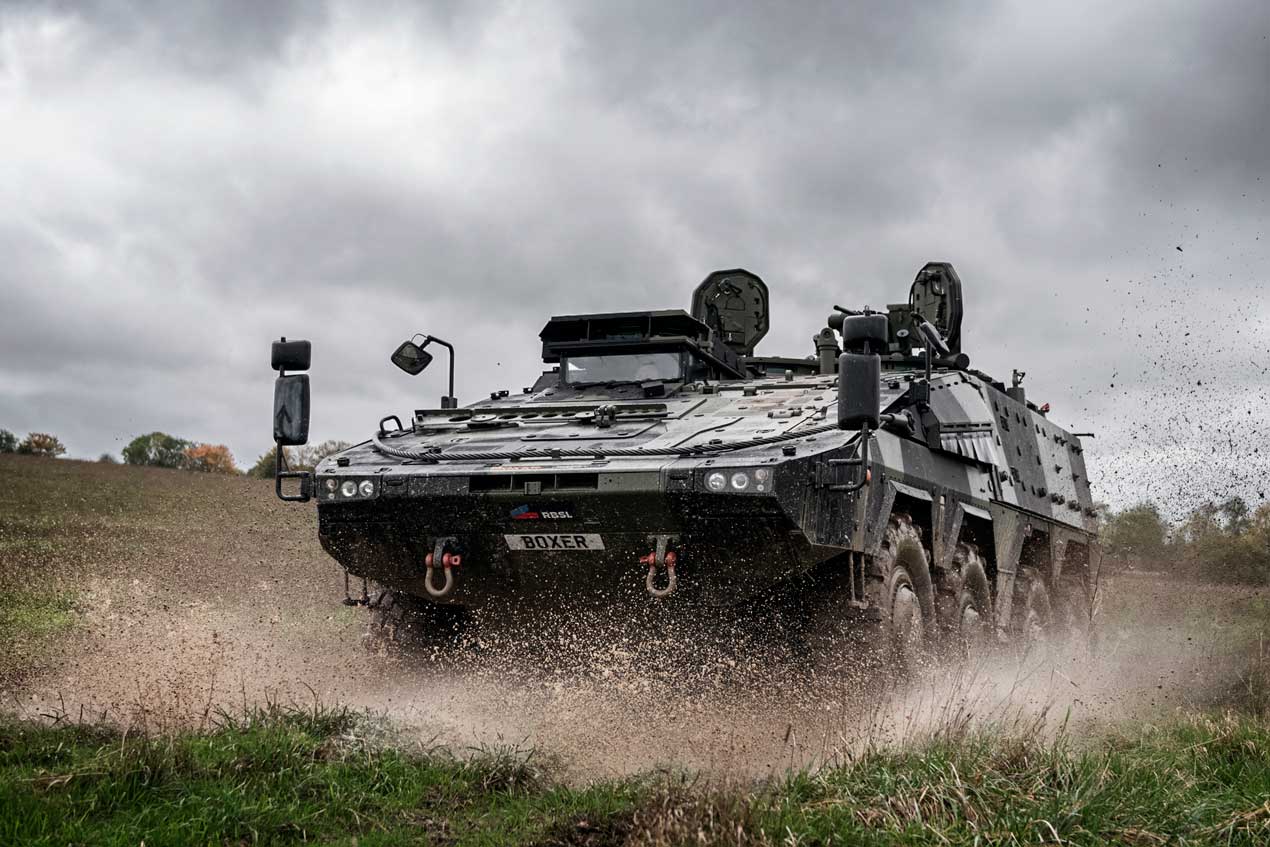 The UK Ministry of Defence has placed an order for more than 500 Boxer 8x8 vehicles in a contract worth £2.3 billion.

The contract was signed with the Artec consortium, which is a joint venture between Krauss-Maffei Wegmann, Rheinmetall Military Vehicles and Rheinmetall Defence Nederland. The Boxer programme is managed by the European procurement agency, the Organisation for Joint Armament Cooperation (OCCAR).

The contract between Artec and the UK MoD forms part of the UK’s Mechanised Infantry Vehicle (MIV) procurement programme. Artec will each sub-contract 50% of the order volume to Rheinmetall and Krauss-Maffei Wegmann.

The Boxer vehicles for the British Army will be supplied in several different configurations, including an armoured personnel carrier, command vehicle, specialist carrier and field ambulance. Delivery of the vehicles is expected to start from 2023.

Most of the production will take place in the UK. Full-scale production will begin in Germany, but 90% of the Boxer vehicles destined for the British Army will be produced in the UK, principally at plants operated by Rheinmetall BAE Systems Land (RBSL) and KMW’s subsidiary WFEL.

Australia’s choice of the Boxer for its Land 400 Phase 2 programme is thought to have played a vital role in the MoD’s controversial decision not to hold a competition to procure an 8x8 for the British Army’s new Strike Brigades announced in the 2015 Strategic Defence and Security Review.

The order for 500 vehicles marks the return of the UK to a European defence programme which it initially took part in before leaving after voicing concerns about the vehicle’s weight.

Boxer is on its way to becoming one of NATO’s standard vehicles. In addition to the 500 vehicles ordered by the UK, some 700 vehicles in 12 different configurations are on order from three different NATO nations: Germany, the Netherlands and Lithuania. Australia ordered 211 Boxer Combat Reconnaissance Vehicles (CRV) in seven variants, the first of which was recently delivered.