Ukrainian Army To Get More Powerful, Modulr and Lethal IFVs by 2020 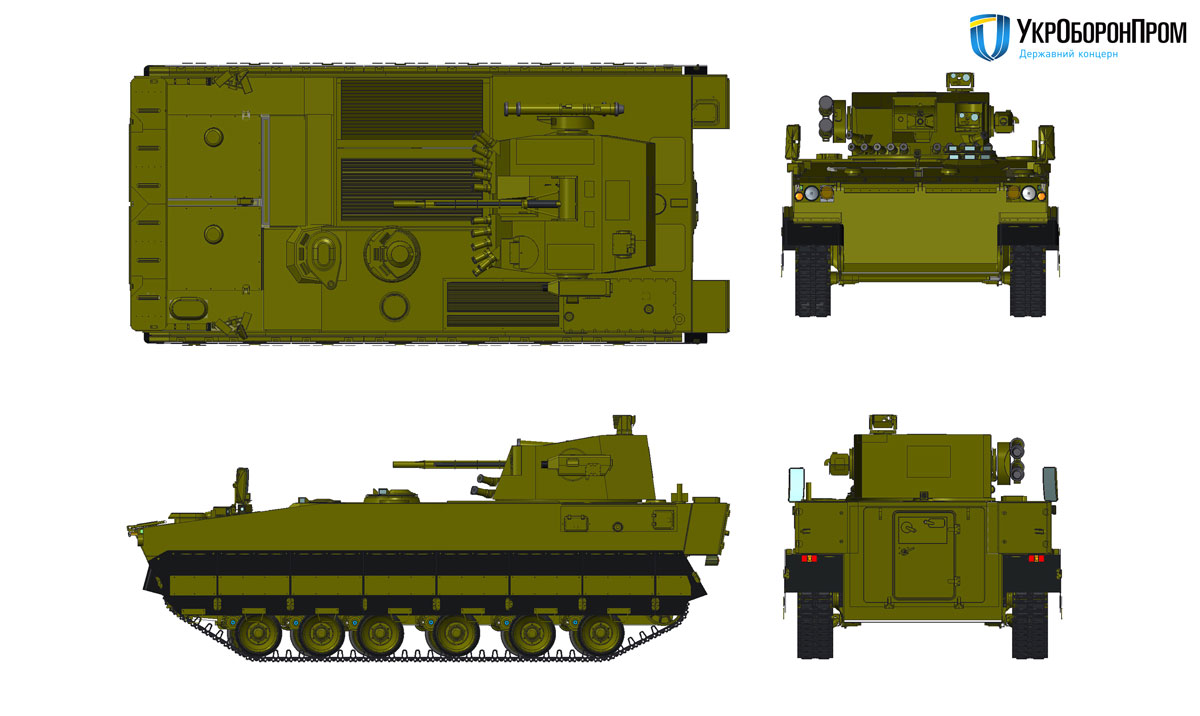 The BMP-U will be armed with a new combat module BM-8 equipped with a 30-mm automatic gun, automatic grenade launcher, machine gun, as well as guided anti-tank missiles.

Ukraine’s UKROBORONPROM State Enterprise Kharkiv Morozov Machine-Building Design Bureau is working on next-generation combat vehicles for the Ukrainian Army, which will enter into service in 2020.

A new infantry fighting vehicle, BMP-U, will replace BMP-1 and BMP-2. The Kharkiv Morozov Design Bureau has already developed design documentation for the vehicle. Manufacture of the prototype and testing will take place in 2019.

BMP-U is intended for the transportation and fire support of ground forces. According to UKROBORONPROM, the level of protection on the BMP-U is 10%–12% higher than that on the BTR-4. In addition, the engine transmission compartment is located at the front of the vehicle, which guarantees a greater level of crew protection.

To provide high manouevrability and speed on the battlefield, BMP-U will be equipped with a 735 hp diesel engine and automatic transmission. Given the mass of a new infantry combat vehicle of 25–27 tons, the BMP-U’s power is set at the level of 27–29 hp/t, which is significantly higher than that of the BMP-1 (21-23 hp / t.) and modern main battle tanks. In addition, the BMP-U will be able to overcome water obstacles.

The BMP-U will be armed with a new combat module, BM-8, with improved characteristics. It is equipped with a 30mm automatic gun, automatic grenade launcher, machine gun, as well as guided anti-tank missiles ("Barrier").

BMP-U has modular design. The base platform could be used for a whole family of tracked vehicles, including command vehicle, command and staff vehicle, reconnaissance, medical, repair and evacuation and other types of vehicles.

The Kharkiv Morozov Machine-Building Design Bureau is also looking to create a promising next-generation tank. Comprehensive work – designing of an entirely new vehicle – is divided into separate stages: creation of a motor-transmission unit, the development of new weapons systems, ammunition, fire protection and control systems, as well as the automation of most processes to reduce the number of crew members from three to two.

As of today, the Bureau has carried out a preliminary development of the engine transmission compartment and calculated the main engine parameters, as well worked on manufacturing transmission prototypes.

The new engine should be 1500 hp, with the ability to work on different types of fuels and their mixtures and the ability to operate at critical temperature and climatic conditions. It will be compact and modulr and operated using rear-wheel drive, as well as front-wheel drive layouts. The engine can also be used to create new samples of heavy tracked vehicles.