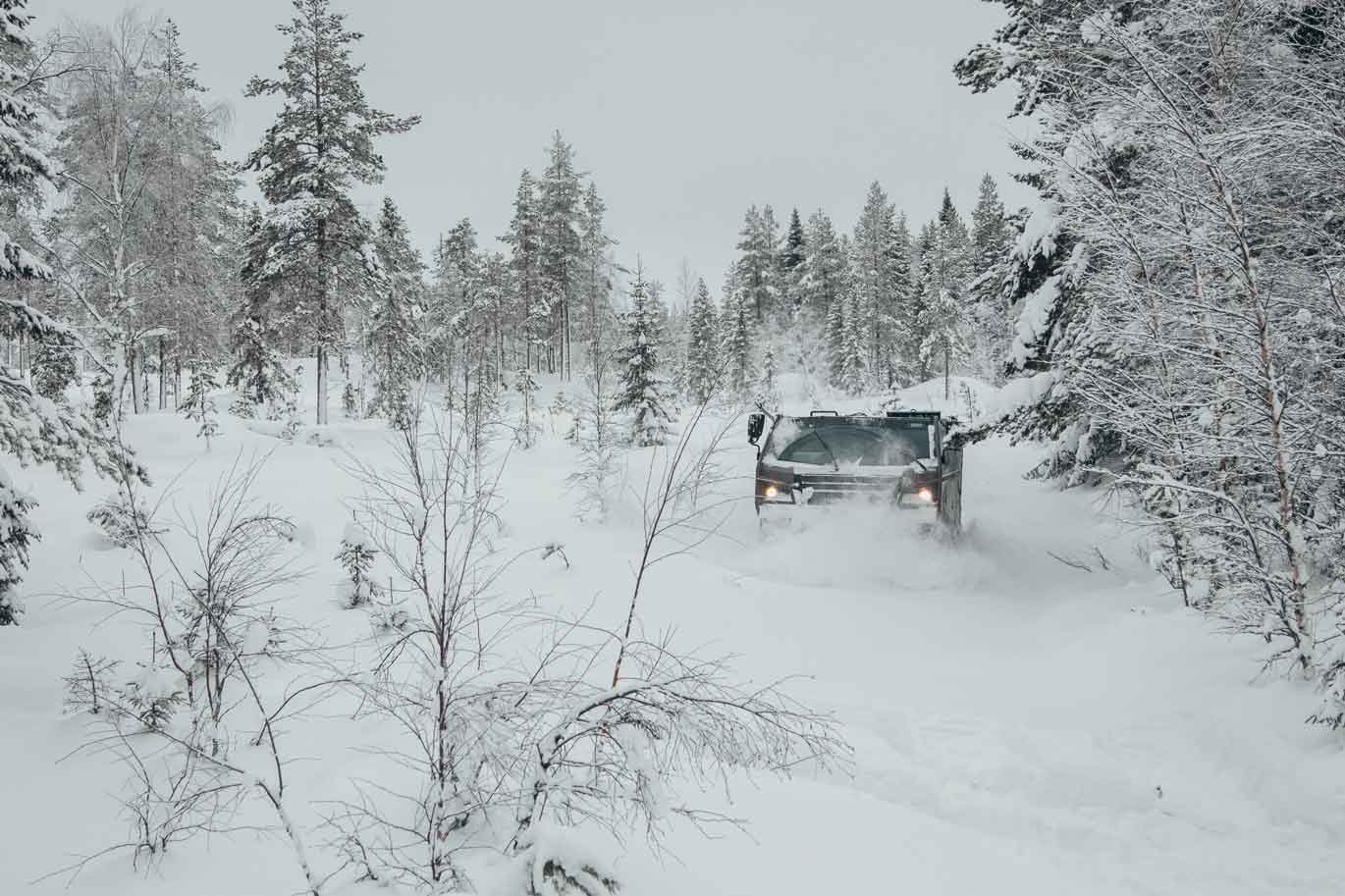 BAE Systems' Beowulf will go up against Oshkosh and ST Engineering's Bronco 3 for the US Army's Cold Weather All-Terrain Vehicle (CATV) program.

The US Army has asked BAE Systems to deliver two prototype vehicles for evaluation as a potential solution for the CATV, which will replace the army's ageing fleet of Small Unit Support Vehicles (SUSVs), also built by BAE Systems Hägglunds and known internationally as the BV206, which has been in service since the early1980s.

Prototypes for the CATV will be evaluated on payload, mobility, crush resistance, swimming, and transportability. A Request for Information for the new platform was first released by the Army in 2018

The Beowulf's articulated mobility system allows for optimal manoeuvrability across varying surfaces. It also has a modular design and can be reconfigured for multiple missions, such as logistical support, disaster and humanitarian relief, search and rescue, and other missions as required.

The BvS10 BEOWULF uses commercial automotive technologies for increased crew comfort and a reduced maintenance burden. It can carry a payload of up to 8 tonnes.

The rear cars of the vehicle are easily exchangeable so it can be quickly reconfigured for different missions.

“Beowulf is an optimal and mature solution for the CATV program and we look forward to submitting our prototypes with the goal of meeting the Army and Army National Guard’s mission,” said Mark Signorelli, vice president of business development at BAE Systems.

Military build-up in the Arctic region

Aside from the Army's existing vehicles reaching their end of life, with tensions rising in the Arctic between Russia and the US, the Army is are looking for a vehicle that can carry more payload and match the all-weather/cross-country mobility demonstrated by Russian vehicles.

In March this year, the US Army released its Regaining Arctic Dominance strategy, which will see improvements made to training forces to operate in the region as well as "materiel readiness of Arctic-capable units" to conduct operations.

Most of the US Army's forces in the Arctic and sub-Arctic are stationed in Alaska at Fort Wainwright, Joint Base Elmendorf-Richardson (JBER), and Fort Greely.

Signorelli said the Beowulf, and its armoured sister vehicle, the BvS10, represent the most advanced vehicles when it comes to operating on snow, ice, rock, sand, mud, swamp, or steep mountainous environments. Its amphibious capability also allows it to swim in flooded areas or coastal waters.”

Beowulf is based on the BvS10, which is operated in five countries, including Austria, the UK, France, the Netherlands and Sweden.

The vehicle first entered service with the UK Royal Marines in 2005. Beowulf and BvS10s are built by BAE Systems Hägglunds in Örnsköldsvik, Sweden, and include several key components from US suppliers, such as its engine, transmission, and hydraulic system.