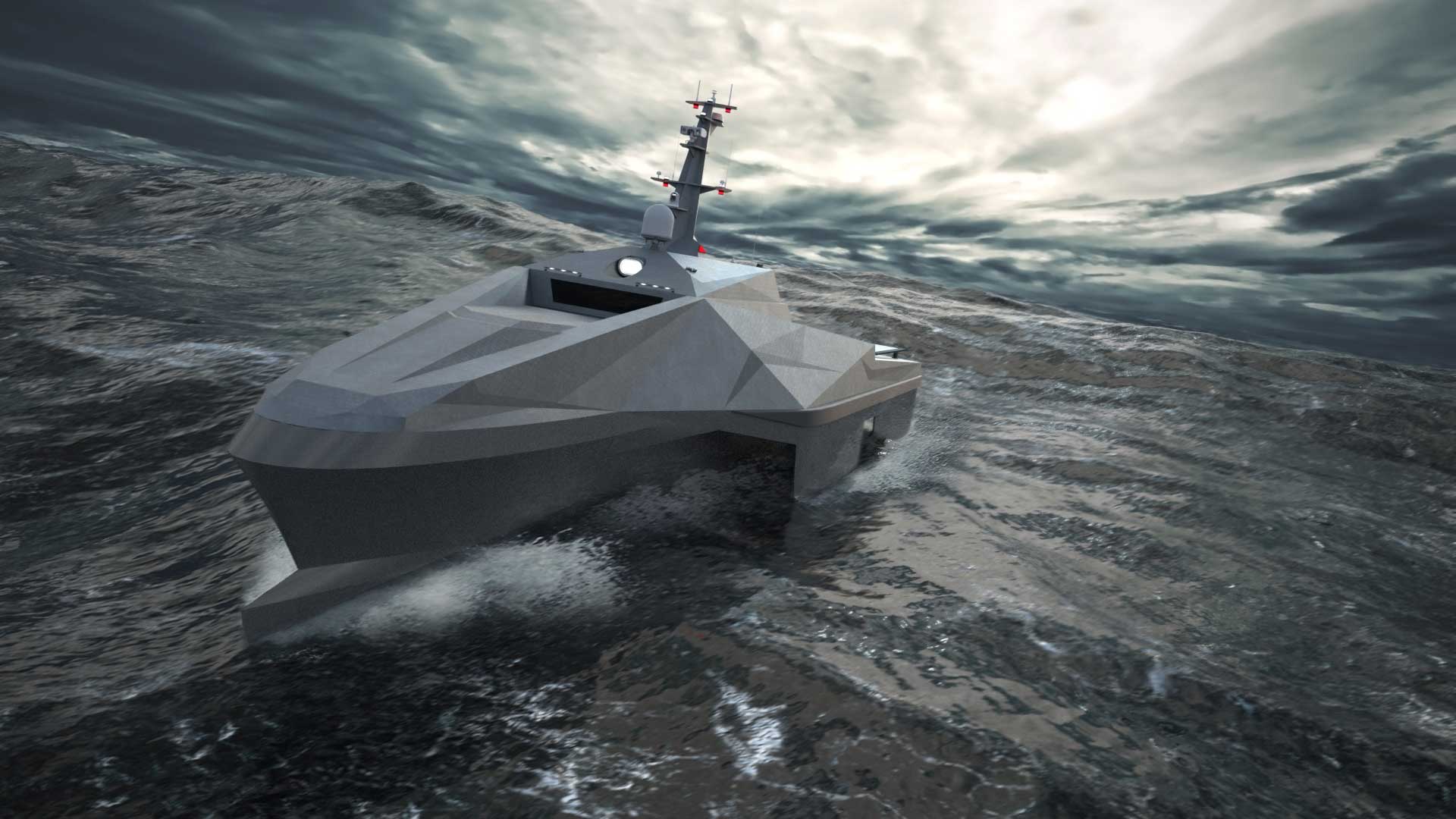 Designed to meet the specific challenges of long range autonomous operations, the ‘Pentamaran’ design is optimised to reduce fuel consumption and increase its adaptability across multiple applications

BMT has launched its next generation hull-form design for autonomous operations — the ‘Pentamaran.’

The Pentamaran is designed to reduce drag as much as possible and according to BMT, tests prove it offers significant improvements compared to conventional hull forms such as mono-hulls, catamarans and trimaran.

The vessel features a very slender central hull and two smaller hulls or ‘sponsons’ on either side. The sponsons are set one behind the other and when the vessel is operating on flat water, the forward sponsons are not immerged, as they provide roll stability effect in waves only. Compared to a trimaran there is less volume permanently immerged and therefore less resistance through the water.

“The data gathered through extensive towing tank testing is very compelling,” said Martin Bissuel, Business Sector Lead for Specialised Ship Design at BMT. “For applications where fuel economy matters, the Pentamaran hull form is more efficient than conventional full forms, which means that using the same engines and the same amount of fuel, it will go further than any other, making it an ideal candidate for autonomous applications. Looking at it from a distance it may resemble a trimaran, but that’s where the similarities end.

Bissuel said the arrangement and careful positioning of the four sponsons makes all the difference. “The forward sponsons stay above the water, and only come into action when the vessel rolls, so not only the drag is reduced, but the sea keeping characteristics are improved. Compared to a trimaran hull form, lateral accelerations are lower, reducing g-loadings on the structure as well as the antennae and sensors on deck. The wide deck offers a large working area for multi-role capabilities. It can accommodate payloads or interface with other systems such as unmanned air vehicles.”

A key consideration, when a vessel is operating autonomously for long periods of time, is the reliability of the propulsion setup which is essential to sustained operational readiness. BMT said engineers have integrated multiple independent power sources to increase reliability as well as survivability.