Next Generation of USVs from France's ECA Group

ECA Group's INSPECTOR 120 USV has a higher payload capacity and can carry different configurations for mine hunting. 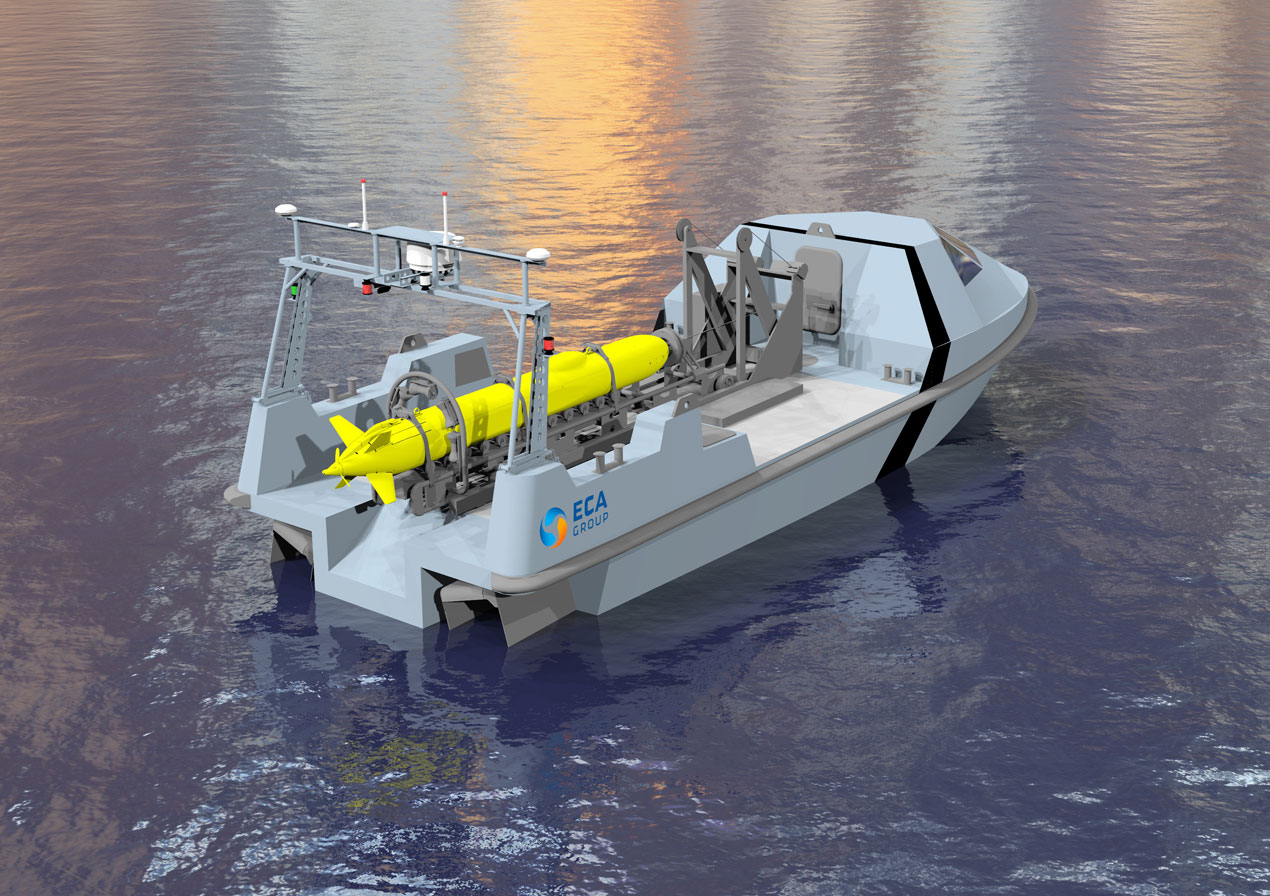 French robotics group ECA has developed a new Unmanned Surface Vessel (USV), INSPECTOR 120, which is designed to perform all underwater mine clearance missions, from mine detection to their destruction.

Helped by its subsidiary BE MAURIC, which specialises in naval architecture, the INSPECTOR 120 is a new 12 m long USV, which builds on the success of  ECA's INSPECTOR 90 USV, but with a greater endurance, a higher payload capacity and superior nautical performance.

The vessel features a dedicated launch and recovery system (LARS) and can be deployed from any vessel approximately 50 m in length and is designed to be integrated on mine countermeasures (MCM) warships.

One of the biggest challenges for navies looking to integrate unmanned systems within mine countermeasure operations is the launch and recovery of these platforms from traditional minehunter vessels or mother ships.

ECA says the design of the INSPECTOR 12O is based on a comprehensive study of a range of ship platforms capable of carrying different configurations of systems for MCM missions. The launch and recovery of USVs in sea state 4 or 5 is an important criterion for the MCM vessel's capacity evaluation. “The USVs of the INSPECTOR range are therefore particularly studied for the best possible integration on minehunter [vesssels],” says ECA, “and BE MAURIC is working on the optimisation of this integration as well as on the automated recovery of USVs.” The results of this work will also be presented during EURONAVAL in Paris from 23rd -26th October.

ECA Group's development work with BE MAURIC is increasing, ranging from integration of unmanned systems onboard ships to the USV's design itself. “This last point is crucial because the USVs, like any other naval platforms, shall be adapted to specific mission requirements,| says ECA Group. “Even if it is an off-the-shelf product, the INSPECTOR 120 can also be adapted according to specific needs in terms of sensors or customers' performance requirements.

The new generation of mine hunters (70 m to 90m) can carry larger underwater drones for greater endurance and better performance. Today, with the evolution of operational constraints and increasing recommendations regarding safety of crew (keeping personnel out of the mine field), ECA says customers want more and more to deploy their underwater robots from an USV.