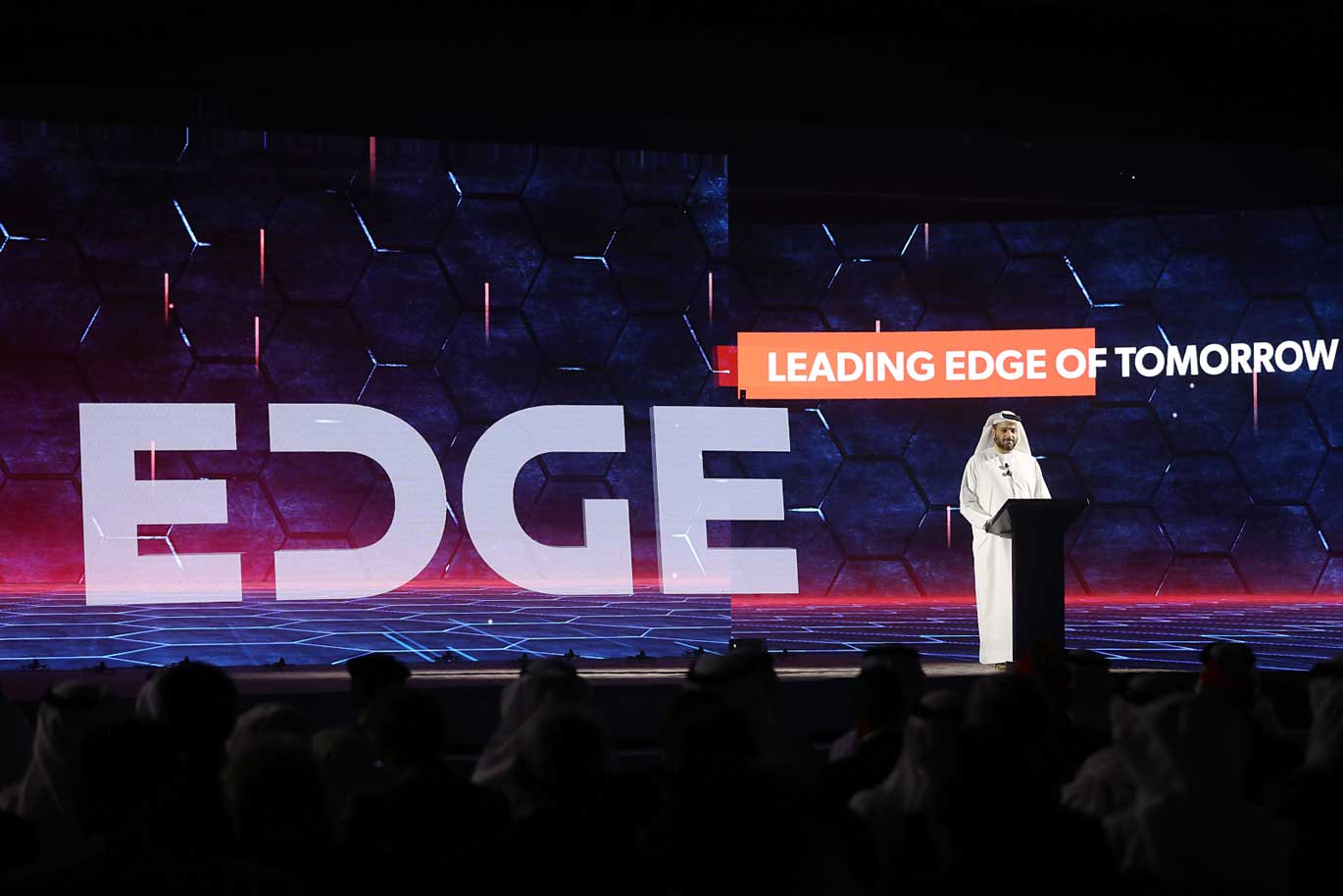 EDGE's CEO H.E. Faisal Al Bannai at the launch of the company just over a year ago in Abu Dhabi

Just a year after its formation, UAE technology group, EDGE has been named mong the top 25 military suppliers in the world by the Stockholm International Peace Research Institute (SIPRI).

The ranking marks the first time that a Middle-East company has been named among the biggest defence original equipment manufacturers (OEMs) and security exporters. EDGE was established on the 5th of November 2019 and combines the capabilities of a number of defence OEMs based in the Emirate, including Al Jasoor, NIMR and Caracell.

SIPRI reported that the sales of arms and military services by the largest 25 companies totalled $361 billion in 2019, with EDGE accounting for 1.3%  of total arms sales. “As EDGE marks its one-year anniversary, we are proud to be the first ever in the Middle East that is ranked among the top 25 largest military companies in the world by SIPRI,” said EDGE’s CEO H.E. Faisal Al Bannai.

“Advanced technologies have enabled us to thrive, be bold, agile and disruptive in an era of hybrid warfare. As we continue to build the UAE’s sovereign capabilities and develop partnerships for export growth, we remain excited about what the future holds.”

With a priority on transforming the country’s advanced technology capabilities and making it fit for an evolving digital era, EDGE’s forward-looking strategy will continue to focus on addressing national security threats that are adapting through new technological means, strengthening current capabilities and industry R&D, and developing technology for export growth.

EDGE offers expertise in five core clusters: Platforms & Systems, Missiles & Weapons, Cyber Defence, Electronic Warfare & Intelligence and Mission Support. "EDGE is a good illustration of how the combination of high national demand for military products and services with a desire to become less dependent on foreign suppliers is driving the growth of arms companies in the Middle East," said Pieter Wezeman, senior researcher with the SIPRI Arms and Military Expenditure Programme.

Another newcomer in the top 25 arms exporters was  L3Harris Technologies (ranked 10th). It was created through the merger of two US companies that were both in the top 25 in 2018: Harris Corporation and L3 Technologies.