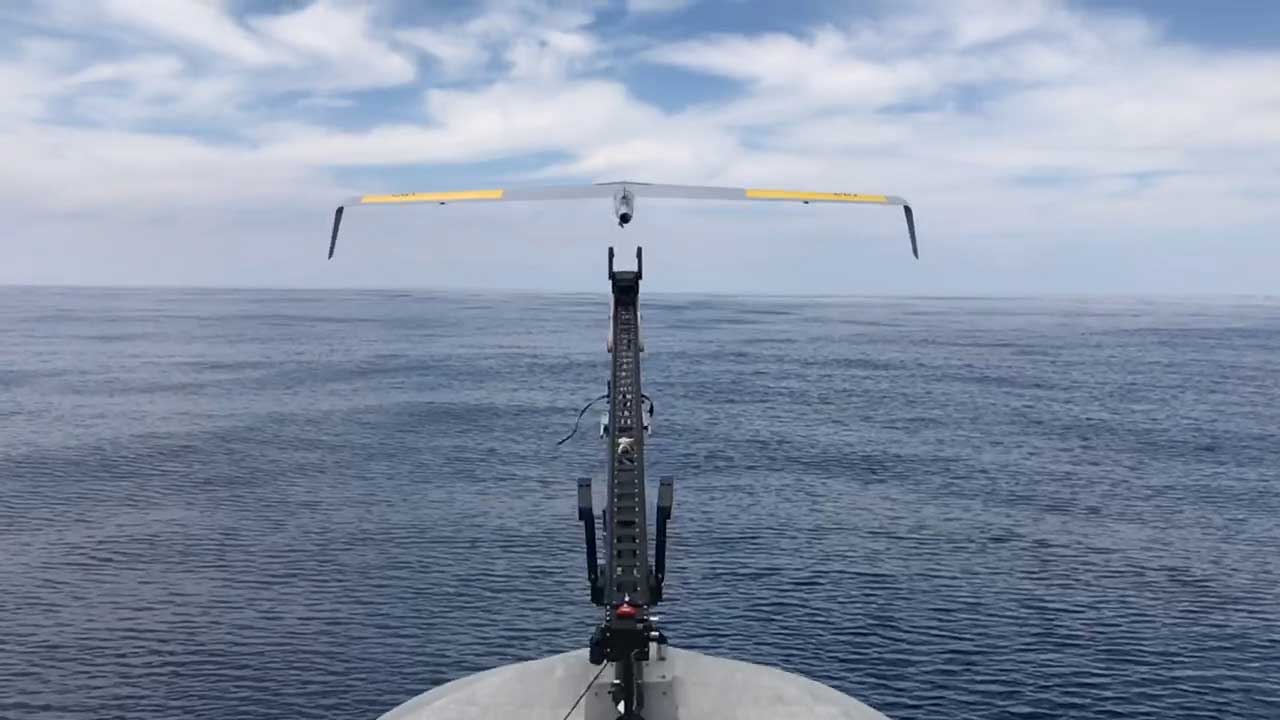 Elbit Systems is expanding the operational capabilities of its Seagull Unmanned Surface Vessel (USV) with the integration of a mini-Unmanned Aerial System (UAS) on board the Seagull USV to enhance its intelligence-gathering capabilities.

The  shipborne-mini-UAS  is capable of  point water recovery and has a takeoff weight of up to 15 kg. The visual feed generated by the mini-UAS can be transmitted to the land-based control unit of the Seagull USV and to the Combat Management System (CMS) of additional vessels.

The integration of a tactical UAS onboard the USV further expands its capacity to enhance the situational awareness of any maritime force and for shore exploration.

In the last 12 months, Elbit Systems has added additional sonar systems onboard the Seagull USV, integrating a HELRAS sonar in co-operation with the Israeli Navy and concluding a series of trials for the TRAPS-USV towed sonar, significantly enhancing its ASW capabilities.

The Seagull USV has been used in several NATO maritime exercises, including an MCM exercise alongside the UK Royal Navy's HMS Ocean, and an ASW exercise that was conducted together with the HMS Victoria and the HMS Duncan frigates of the Spanish Navy and the UK Royal Navy. Elbit Systems UK was one of a shortlist of companies selected to take part in the live sea trials which took place off the UK coast last October 2019.

The use of unmanned systems in the maritime domain is well advanced in the mine countermeasures domain with a number of navies looking to acquire a 'system of systems' comprising ROVs, USVs and AUVs. As part of the Maritime Mine Counter Measures (MMCM) contract, which was awarded to Thales and BAE Systems, the UK and French navies are developing an autonomous, remotely operated mine countermeasures solution, which features an USV, equipped with an autonomous navigation system, an obstacle detection and avoidance sonar, a threat identification and neutralisation capability based on Remotely Operated Vehicles, a Towed Synthetic Aperture Sonar and Autonomous Underwater Vehicles.

The UK Ministry of Defence is also reported to have issued a notice to procure three Unmanned Underwater Vehicles to conduct mine warfare missions from USVs for its Mine and Hydrographic Capability (MHC) programme.

But the US Navy is the most ambitious in this domain, with plans for large and medium-sized USVs to operate autonomously at for long periods at sea, whilst carrying up to 40 tons of payloads.