The US Navy's next generation small surface combatant will be built by Fincantieri Marinette Marine. 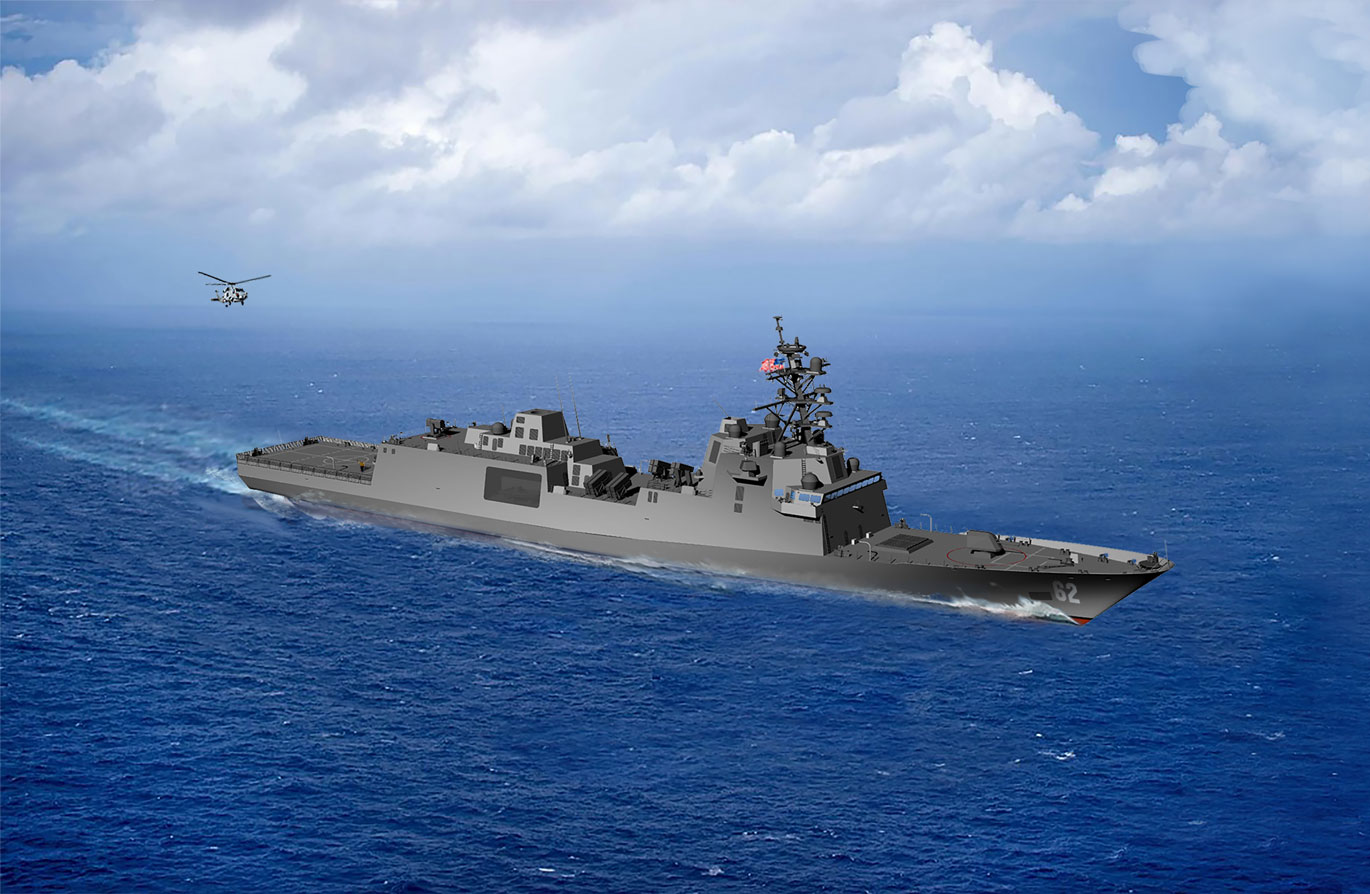 Contract win announced ahead of schedule

Following a competition between four major US shipyards, Fincantieri Marinette Marine (FMM) has won an $800 million contract to design and build the US Navy's next generation small surface combatant, the Guided Missile Frigate (FFG(X). Department of Defense officials announced the $800 million contract for detail design and construction (DD&C) of up to 10 Guided Missile Frigates (consisting of one base ship and nine option ships) on April 30, three months ahead of schedule.

The announcement follows competition among four major US shipyards, including General Dynamics/Bath Iron Works (GD/BIW), which proposed using European frigate designs. A third team, including Austal USA based its proposal on the Navy’s Freedom (LCS-2) class Littoral Combat Ship (LCS), which is Austal's parent design. A fourth team, including Huntington Ingalls Industries/Ingalls Shipbuilding (HII/Ingalls) did not disclose what design it would use.

In the end, the Navy opted for an adapted variant of FMM's operationally proven Italian FREMM (European multi-purpose frigate), which will be built in Wisconsin at its Marinette shipyard. The contract offers FMM the option to build and deliver up to 10 ships, as well as post-delivery availability support, engineering and class services, crew familiarisation, training equipment and provisioned item orders. According to the contract announcement, if all options are exercised, the cumulative value of the contract will be in the region of $5.5 billion.

“When we began this journey nearly two years ago it was with the belief that there was a place for new ideas, new platforms and new partners in an already talented US shipbuilding industry,” said Fincantieri Marine Group CEO Dario Deste. “Today’s announcement validates that thinking.”

FMM's FFG (X) design features the use of artificial intelligence for condition-based maintenance, which is designed to provide crew with a real-time understanding of maintenance needs.

“Throughout this process, the government team and our industry partners have all executed with a sense of urgency and discipline, delivering this contract award three months ahead of schedule,” said James Geurts, assistant secretary of the Navy for research, development and acquisition.  “The team’s intense focus on cost, acquisition, and technical rigour, enabled the government to deliver the best value for our taxpayers as we deliver a highly capable next generation frigate to our warfighters.”

The acquisition process for FFG(X) began in 2017. Since then the Navy has worked closely with industry to balance cost and capability. The Navy says this approach was successful in achieving an Average Follow ship cost across ships 2 – 20, which is below the objective set in the Capability Development Document and aligns to the National Defense Strategy’s stated goal of achieving a more lethal, resilient, and agile force by pursuing acquisition strategies to build ships more quickly and affordably.

Because the frigate acquisition programme promoted shipbuilding competition, including early industry involvement, and open communication between all stakeholders, the US Navy says the programme was able to accelerate almost six years as compared to normal shipbuilding programmes.

“The FFG(X) will be an important part of our future fleet,” said Chief of Naval Operations, Admiral Mike Gilday. “FFG(X) is the evolution of the Navy’s Small Surface Combatant with increased lethality, survivability, and improved capability to support the National Defense Strategy across the full range of military operations.   It will no doubt help us conduct distributed maritime operations more effectively, and improve our ability to fight both in contested blue-water and littoral environments.”

According to US government documents obtained by Defense News, the US Navy is looking to cut two aircraft carriers from its fleet, freeze its large surface combatant fleet of destroyers and cruisers around current levels and add dozens of unmanned or lightly manned ships to its inventory.

A Congressional Research paper on the FFX programme states that the Defense Department wants to de-emphasize aircraft carriers as the cornerstone of the Navy's force projection and place more emphasis on unmanned technologies that can be more easily sacrificed in a conflict and can achieve their missions more affordably.

An Office of the Secretary of Defence assessment calls for a fleet of nine carriers, down from the current fleet of 11, and for 65 unmanned or lightly manned surface vessels, and a surface force of between 80 and 90 large surface combatants, and an increase in the number of small surface combatants—between 55 and 70, which is substantially more than the Navy currently operates.