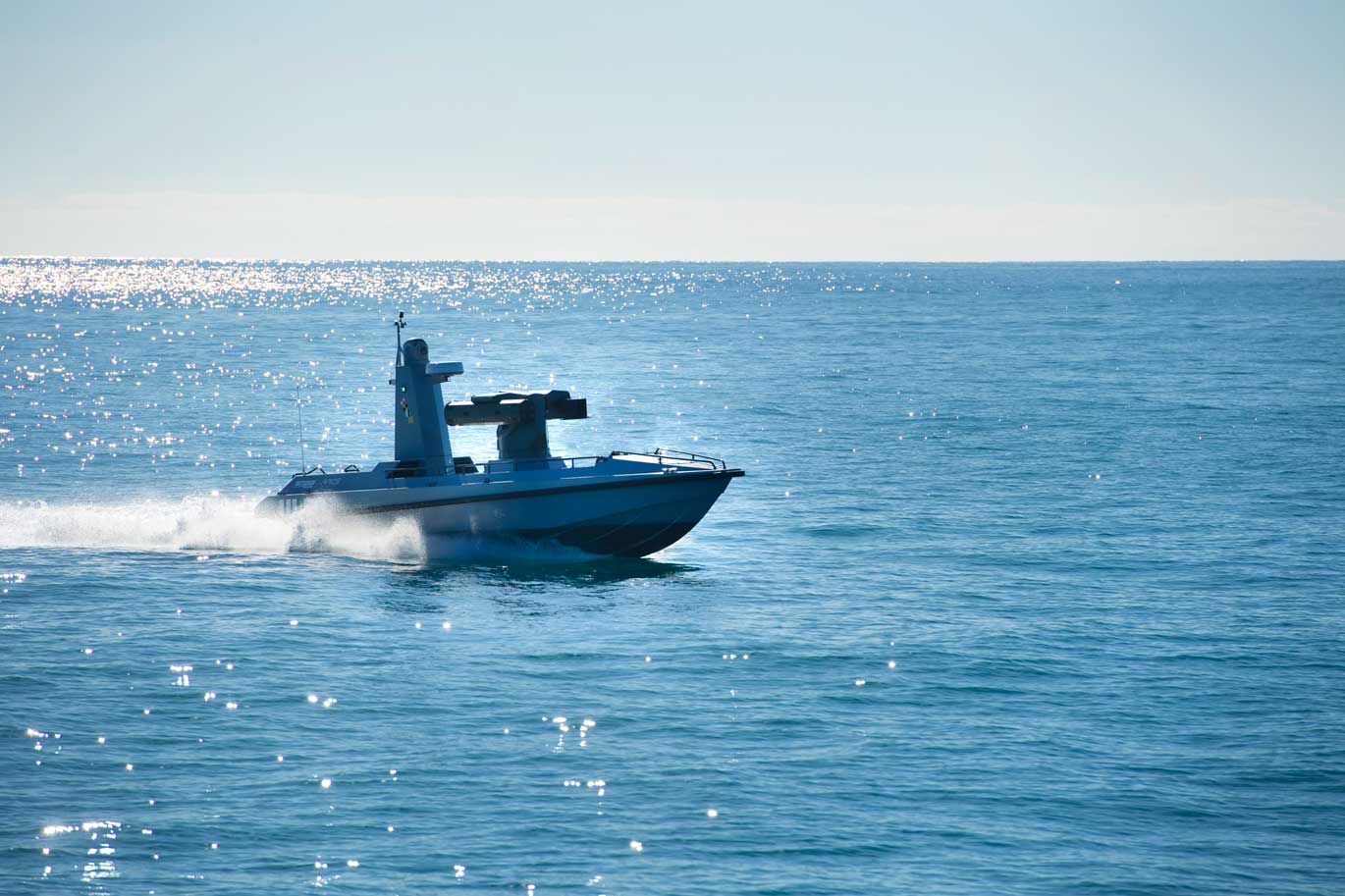 In a joint press release, Utku Alanç, CEO of ARES Shipyard, and Selçuk Alparslan, General Manager of Meteksan Defence, stated that their short-term goal is to complete the sea trials successfully and carry out the guided missile firing tests. Since the very first announcement of ULAQ Unmanned Systems in October, the two companies said they had encountered significant interest from Turkey and its allies.

ULAQ is constructed from advanced composites. It has a range of 400 km, a top speed of 65 km/hr, day/night vision capabilities, an encrypted communication infrastructure, which can be operated from mobile vehicles and headquarters or from sea platforms such as aircraft carriers or frigates. The AUSV will can be used for intelligence, surveillance and reconnaissance missions, surface warfare, asymmetric warfare, escort missions, and strategic infrastructure protection.

Along with the missile systems, the AUSV will be equipped with different variations of communication and intelligence systems like jamming and electronic warfare systems to correspond with diverse operational needs. It will be able to carry out joint operations with complementary forces such as unmanned aerial vehicles and tactical UAVs. Furthermore, AUSV is not only a remotely controlled vehicle, but also an autonomous vehicle which features artificial intelligence.

Following the first prototype vessel, additional USVs for operations like surveillance and intelligence, mine countermeasures, anti-submarine warfare, fire-fighting, and search and rescue missions, will be manufactured by ARES Shipyard and Meteksan Defence.