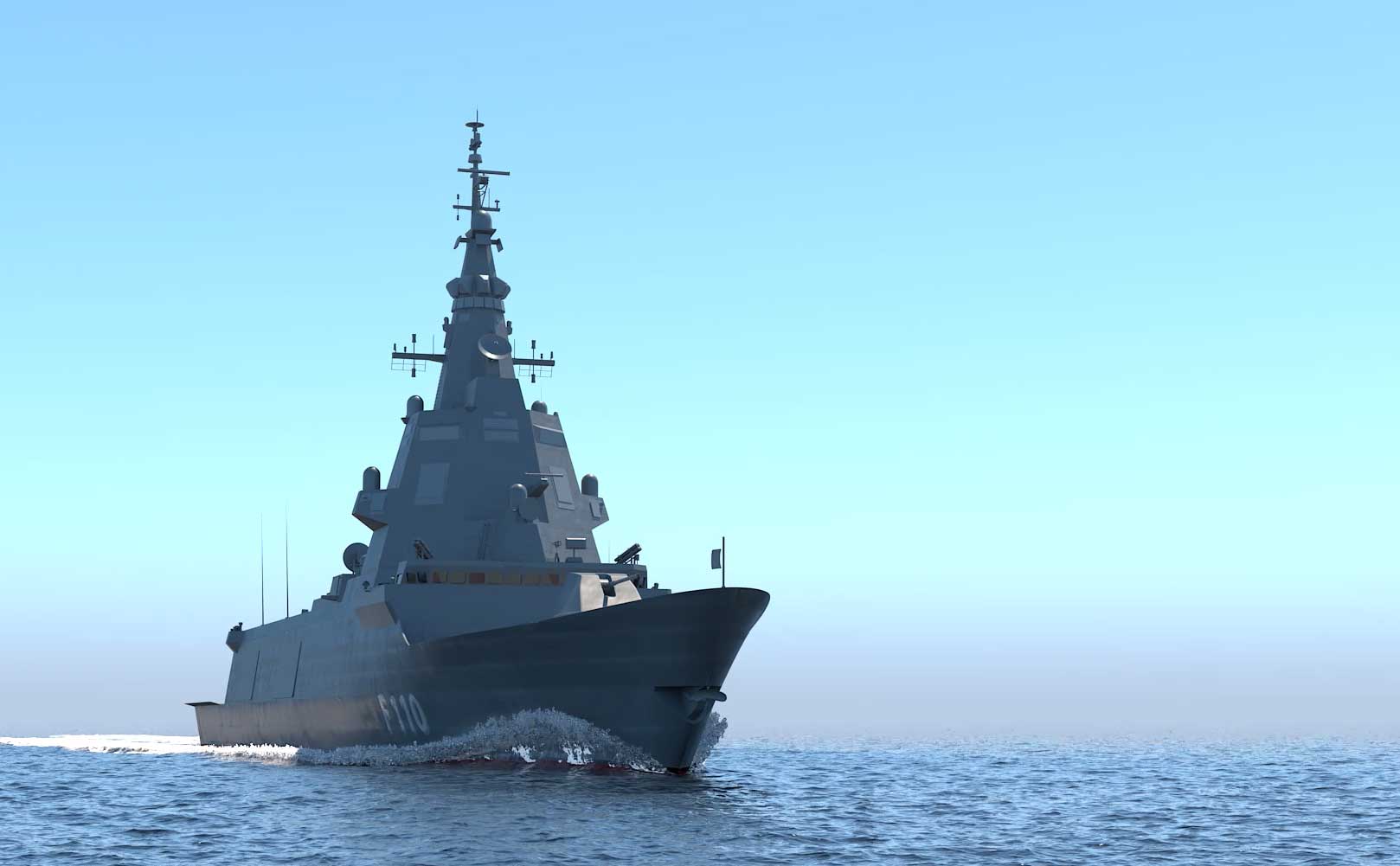 Indra and Navantia have signed a €150-million contract to equip the Spanish Navy's F110 frigates with electronic defence systems and an X-Band surface surveillance radar.

The new contract complements the one signed by Indra last year to build an antenna for the S-Band AESA multifunction radar and takes its contribution to the construction of the frigates to over €325 million.

Indra says the sensors will make the ships one of the most advanced in the world. The company will supply the Rigel i110 radar electronic defence and the Regulus i110 communications interception systems, which together will enhance the ship's situational awareness and protect it against possible attacks, as well as the Prisma 25 X multifunction solid-state radar, with maritime surveillance and tracking of low-altitude aerial targets.

The new generation of sensors are based on flat array technology and high digitalisation, which are combined into an integrated mast that reduces frigates' radar section and increases their stealth. The arrays also increase the ability to detect and countermeasure threats, which Indra says will allow the Spanish Navy to operate the F110 frigates in the most varied and demanding scenarios with the utmost safety, stealth and efficiency.

The development of this new generation of systems is the result of the work carried out by Indra within the framework of several technology programs linked to the F110, in cooperation with the DGAM, the Spanish Navy and Navantia.